The temporary shoring holding the old ridge beam in place has served its purpose. Now, it's time to remove it. 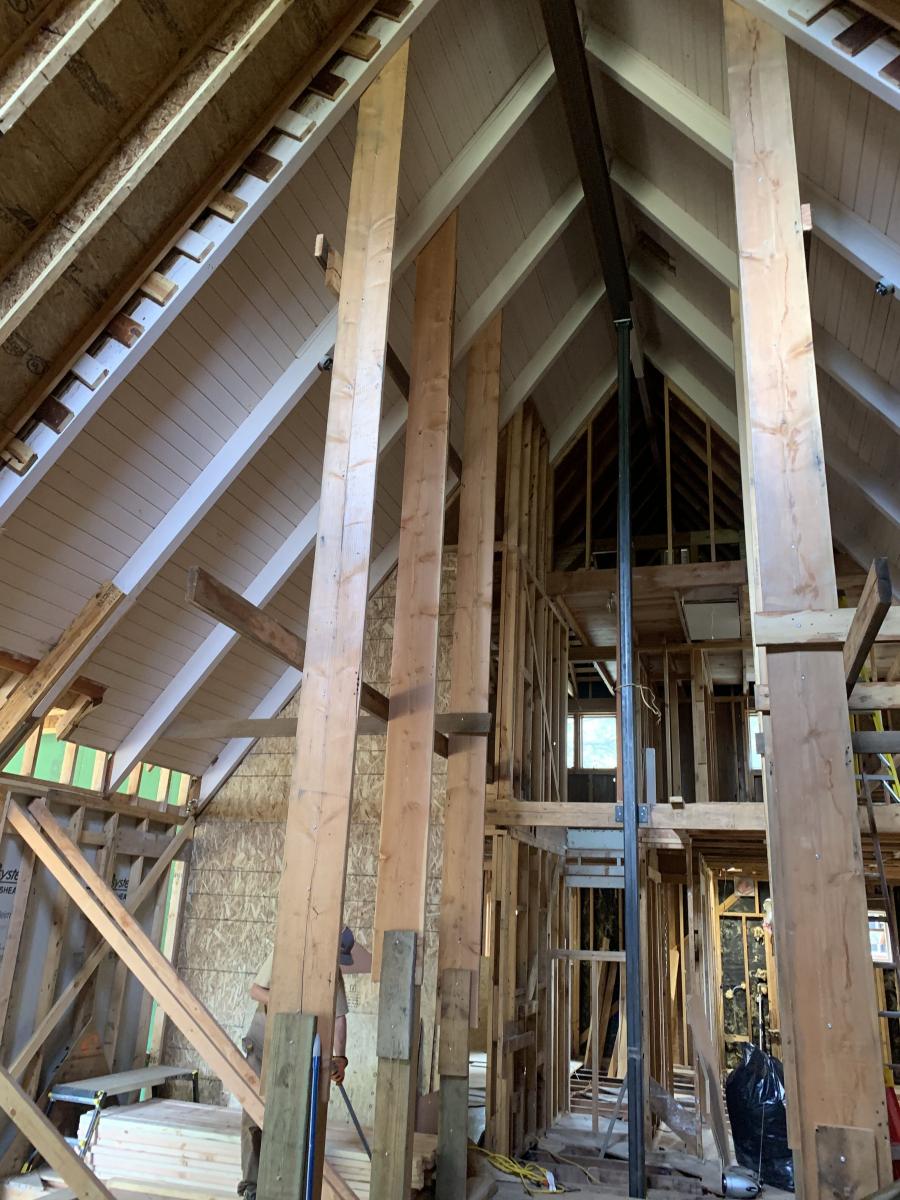 If you’ve been following along with Owens Construction's Model ReModel West project this year, you’ll know the north bearing wall of the old cabin was removed, leaving the ridge beam unsupported at one end. Typically, this is a bad idea. Fortunately for us, contractor Bill Owens had a pile of perfectly good 2x12s stacked up that had been used in the already-demo'd old east porch roof.

None by themselves were long enough to reach up to the 4x8 roof rafters where he wanted them, but by overlapping and sistering them, Owens created a support system for every rafter. This in turn kept the old ridge in place until the new steel beam could be placed below it. This “forest” of temporary columns is braced laterally in both directions to keep everything in place.

Welded steel was chosen for the main structural system of the north wall and for the long ridge beam because, compared to wood, it can do more with less (although it pained the carpenter to say it). But the view to the north was the whole reason they bought the place, and Owens and the team wanted as little structure in the way so the clients could easily and regularly admire the gorgeous scenery. 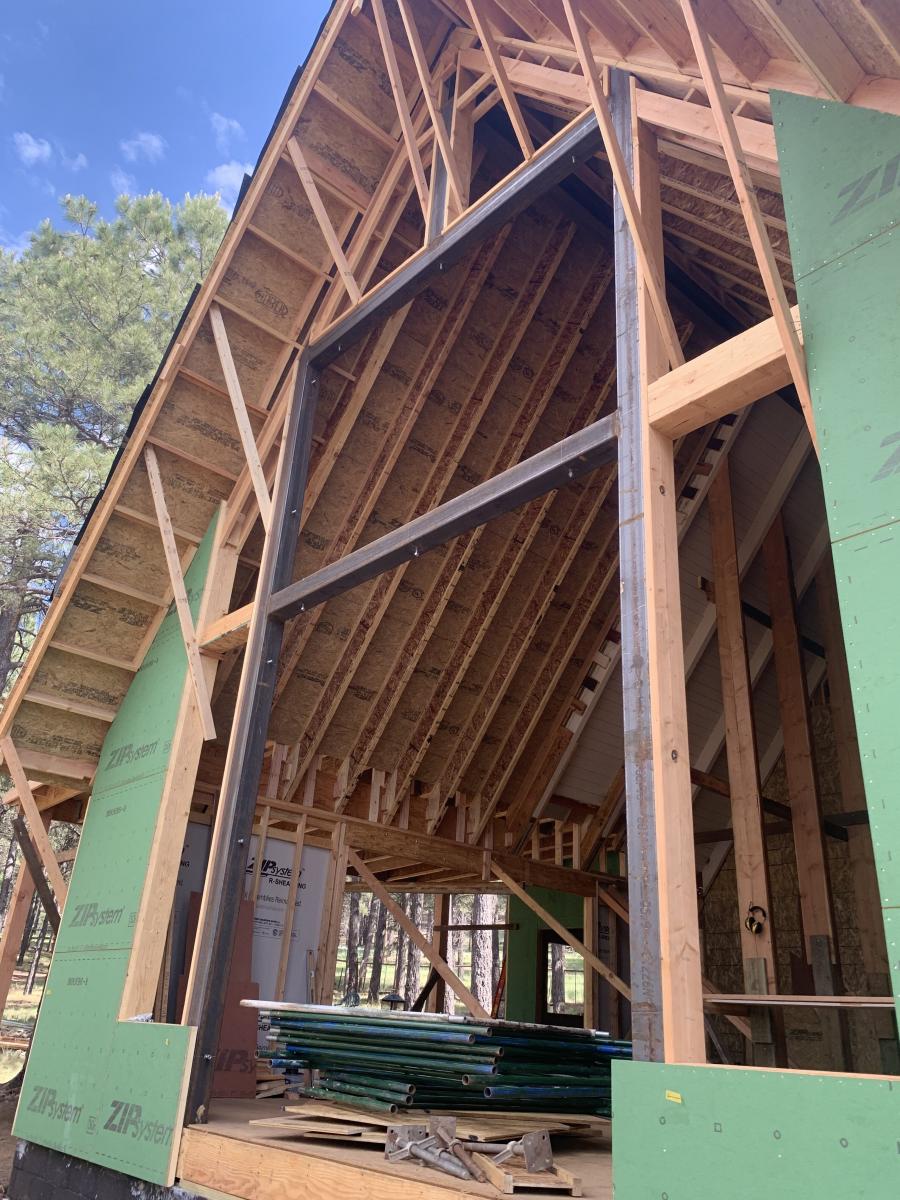 With the steel moment frame (technically, a moment resisting frame) in place on the new north wall, and the new steel ridge beam supported on the other end by a new 30-foot-tall welded steel post, the shoring had outlived its purpose. The geometry of the 16/12 roof and the solid walls to either side of the north window wall give even more shear resistance to the home.

The 2x12 “forest” certainly added some visual drama to the space, but Owens was anxious to get the columns out of there so he could tackle the old floor it was sitting on. And that had more ups and downs than the stock market.