Save your backs; call in the big guns for lifting the ridge beam 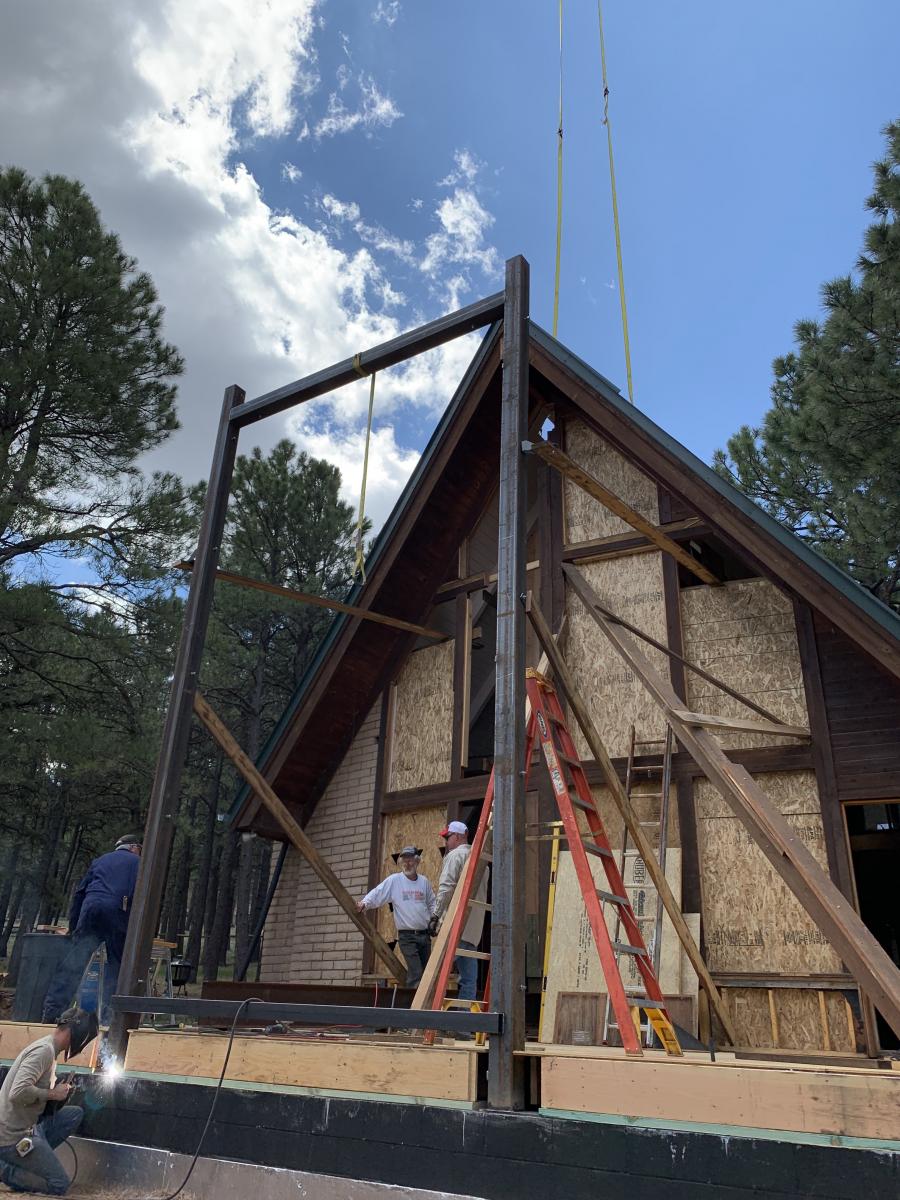 To carry the new 850-pound, 30-foot-long I-beam, the engineer designed a new 30-foot-tall column at the south end to replace a 4x4 wood one. At the north end of the home, things got more interesting.

There, a short post down from the ridge beam dropped onto a horizontal steel tube that was supported by two 25-foot-tall steel tube columns that went down through the floor to the foundation, where 36-inch square foundation pads had been placed. Owens Construction's Bill Owens lost a lot of sleep figuring out how he was going to make this all happen, safely and efficiently.

Rather than fabricate this framework piece by piece onsite, Owens had the metal subcontractor fabricate the entire assembly at his shop and send it out on a flatbed with the 30-foot ridge beam. The truck-mounted hydraulic crane handled both with ease. “The crane lifted both as if they were made of balsa wood," Owens says. "I think if we’d been able to run straps under the house, it could have lifted that, too!” 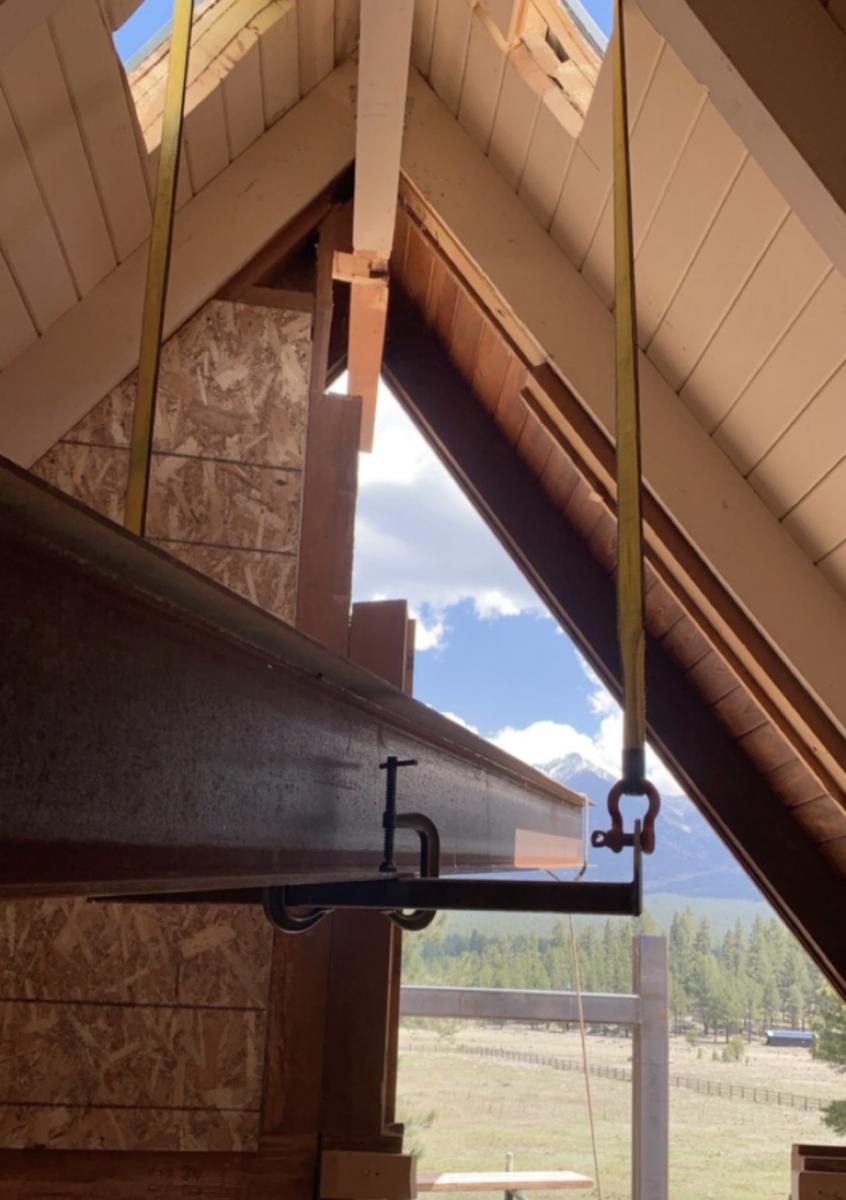 Six hours of the crane cost $2,400—yes, you read that right—but was well worth it.

“It was fascinating because the crane operator was clear on the other side of the house, out on the driveway, and following radio instructions from the head rigger, who was standing with us on the new floor deck,” Owens explains. The beam was lifted 5 feet at a time; after each lift, new scaffold sections were built to support the next lift.

The home is filled with scaffolding now—about 24 feet high so we can work on the 16/12 roof next. We’ll be using 11-7/8-inch I-joists, which are easy to handle, but take a lot of work at bearing points to bolster the webs. “After the crane packed up and left, we couldn’t kick back," Owens says. "There was a lot of welding to do and wind bracing, as another storm was rolling in. But when we did wrap up for the night, it was with a great sense of relief and accomplishment.”