A first go at the design in Flagstaff

After visiting Owens Construction's Model ReModel A-frame in Flagstaff and taking field measurements, I had as-builts drawn. It was over those CAD as-builts that I tried different ideas out.

Looking at Version B below, the original angled “prow” wall was retained, with skylights planned inboard of those windows to help brighten the space. Two additions were anticipated: a bedroom addition to the east, and a kitchen/entry addition to the west. This solved two problems, giving a visible entry to arriving guests (which the current house lacked) and opening the kitchen up to the view of Humphreys Peak to the north. 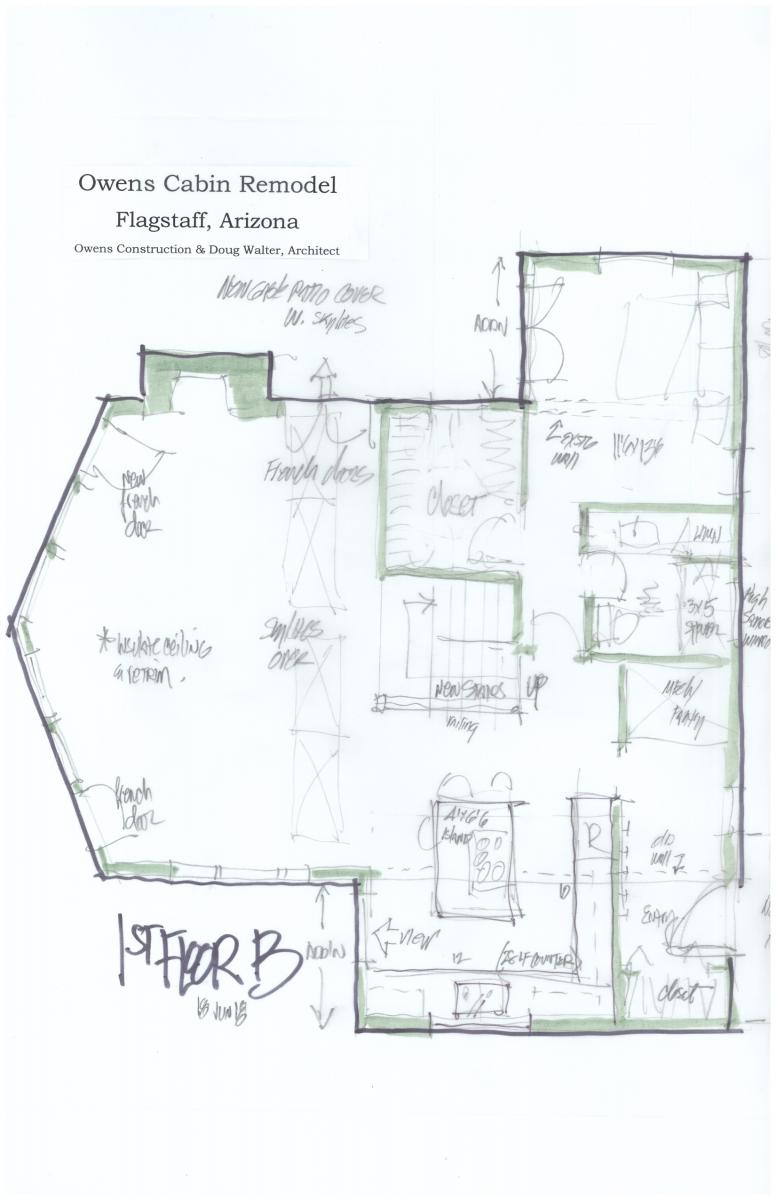 However, the homeowners were very attached to the legacy pine tree—with a massive, 30-inch-diameter trunk—right where the kitchen would be. So, subsequent plans dropped the west addition and went looking for space elsewhere.

Upstairs, I wanted to add at least two bedrooms and expand the existing loft to the west. Stairs would be in approximately the same location, but would be 36 inches wide with gentler rise and run. Eliminating the west addition meant that the upstairs would never have more than one good bedroom, no matter how much we added to the east. Fortunately, there is an attached “guest quarters” that the prior owners had converted from a garage. 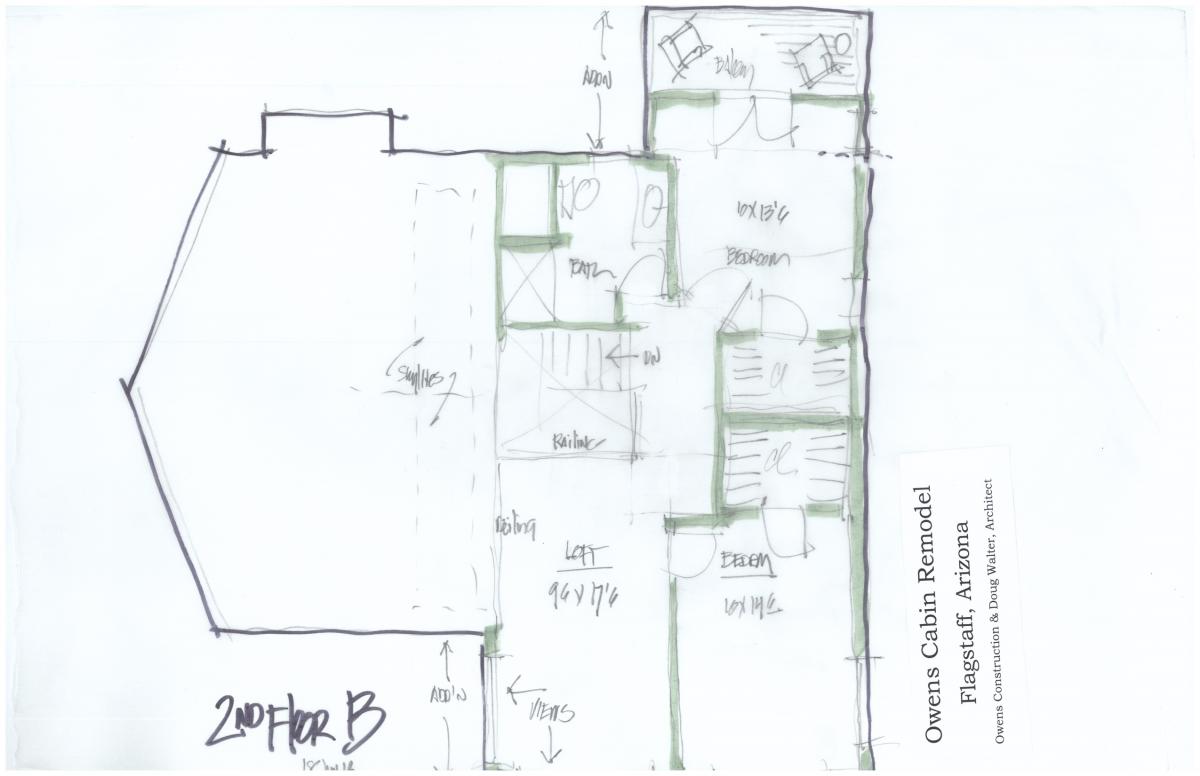 Very early in the project, the possibility of a future elevator was added to the program, along with all sorts of accessibility provisions that we'll talk about in future posts. Up next, we'll discuss the modifications made and what became the final design.