When the roof is almost steep enough to be a wall, how do you proceed? 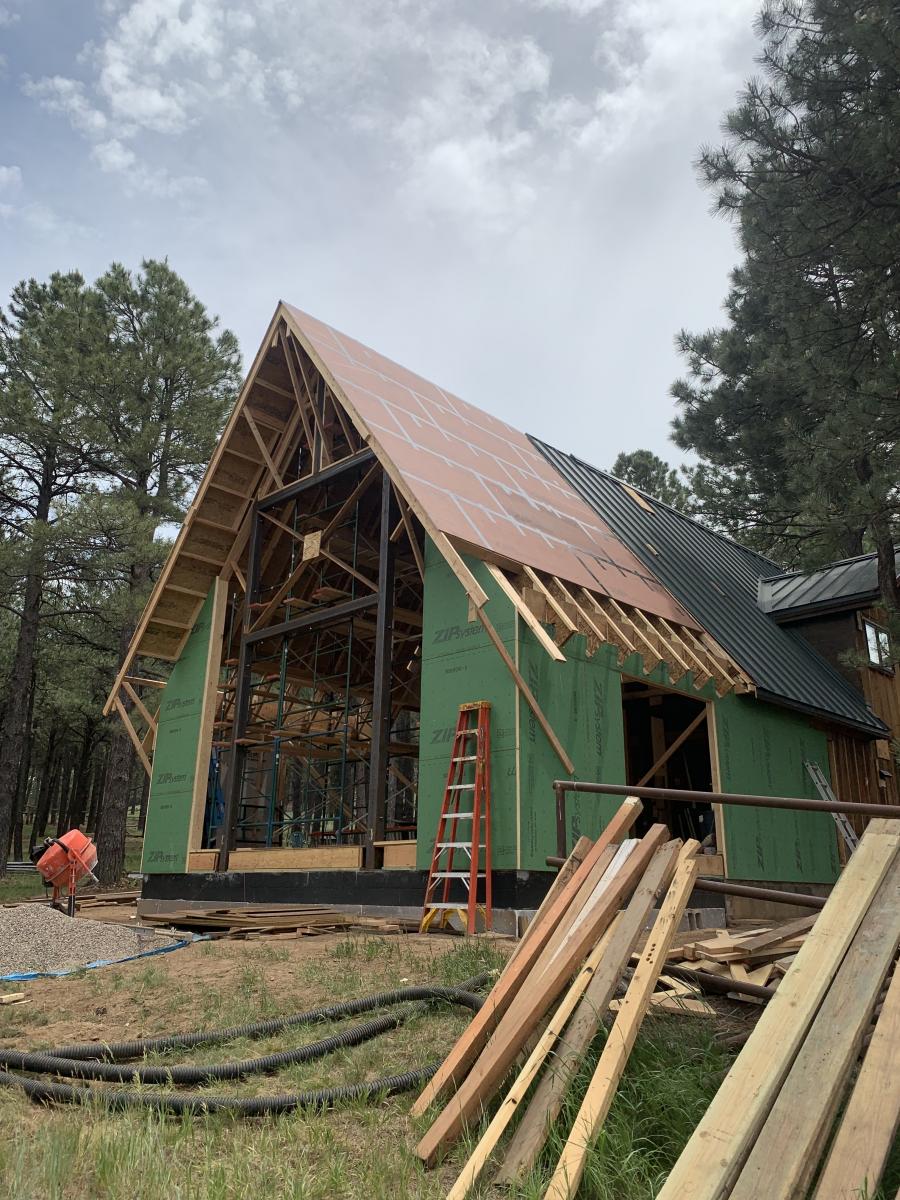 Once the I-joists were in place and all the web stiffeners and MiTek roof tie-down clips installed, it was time to face the inevitable: “How are we going to sheath this thing?” A daunting task for a 16/12 roof pitch (53.13 degrees, for the mathematically inclined). With the ZIP System roof sheathing panels from Huber Engineered Woods stacked neatly nearby, it was time for Bill Owens and the Owens Construction crew of three to get busy: two up on the roof and two down below cutting and passing material up.

For support, Owens nailed in cleats every 4 feet as they went up, being careful to place them close to the seams in the sheathing, where they would get covered by the ZIP System tape and made watertight. To fasten the sheathing to the I-joist flanges below, 8d common nails were used. Sounds simple, right? Not so—Owens admitted he was glad there weren’t any children or clergy in the area, as the day was filled with expletives as they wrestled the sheathing into place.

The final touch and culmination of the day was removing the cleats from the top down, applying the acrylic ZIP System tape over the joints, and rolling it as they went. “What I really love about using ZIP on a roof is that the minute I roll the last section of tape, I’m dried in," Owens says. "No need to wait for another sub to show up to 'dry in' the roof—it’s done!” Which, with the inevitable summer afternoon showers that Flagstaff is famous for, was a big plus.