The team has discovered an out-of-level and out-of-plumb structure, and must decide what to do next 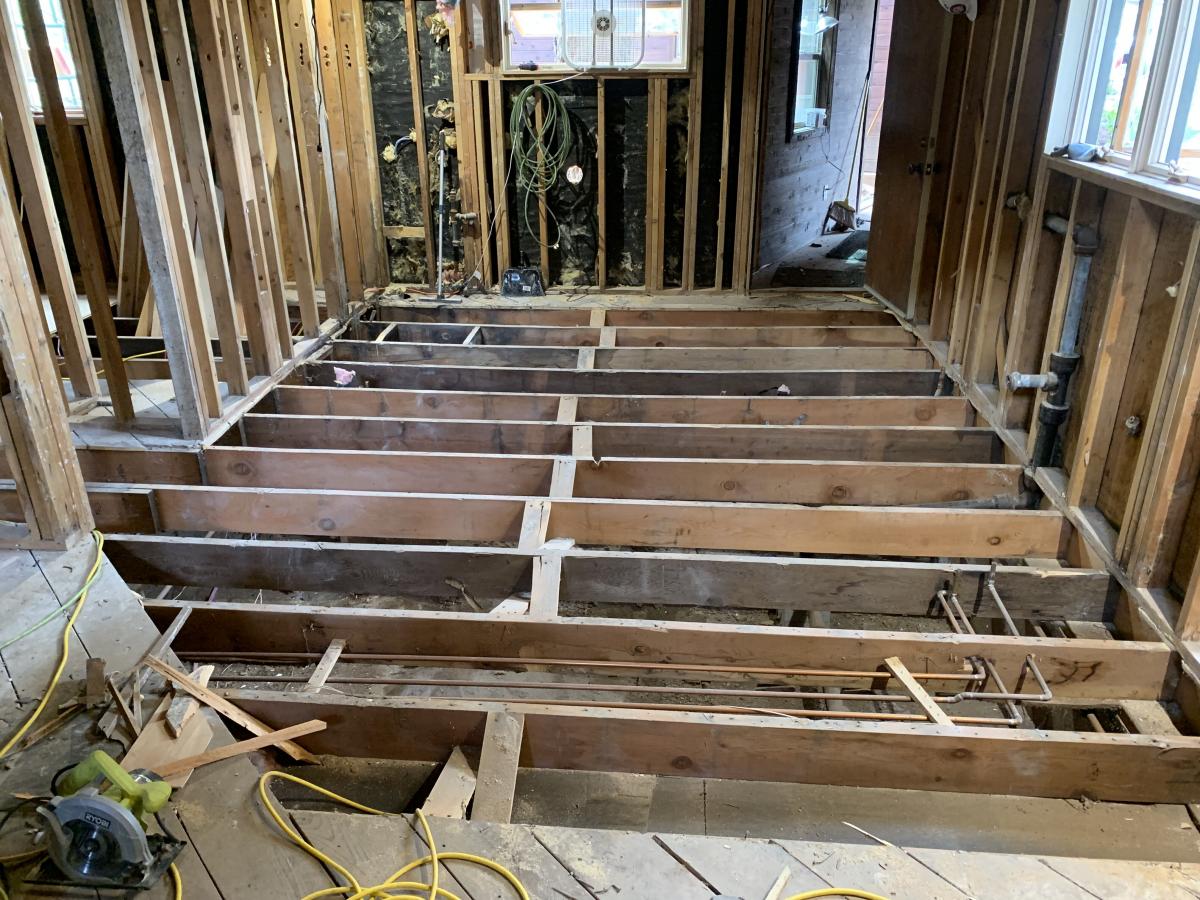 Level, the old house was not. And after stripping about 3 inches of finish and subfloor, Owens Construction's owner Bill Owens discovered why: Many of the floor joists were sagging, split, or crowned. There is about to be a whole bunch of sistering of joists to get this floor strong and level. The new AdvanTech subfloor from Huber Engineered Woods will be glued to the joists (where the old subfloor wasn’t), adding significantly more stiffness and stability. 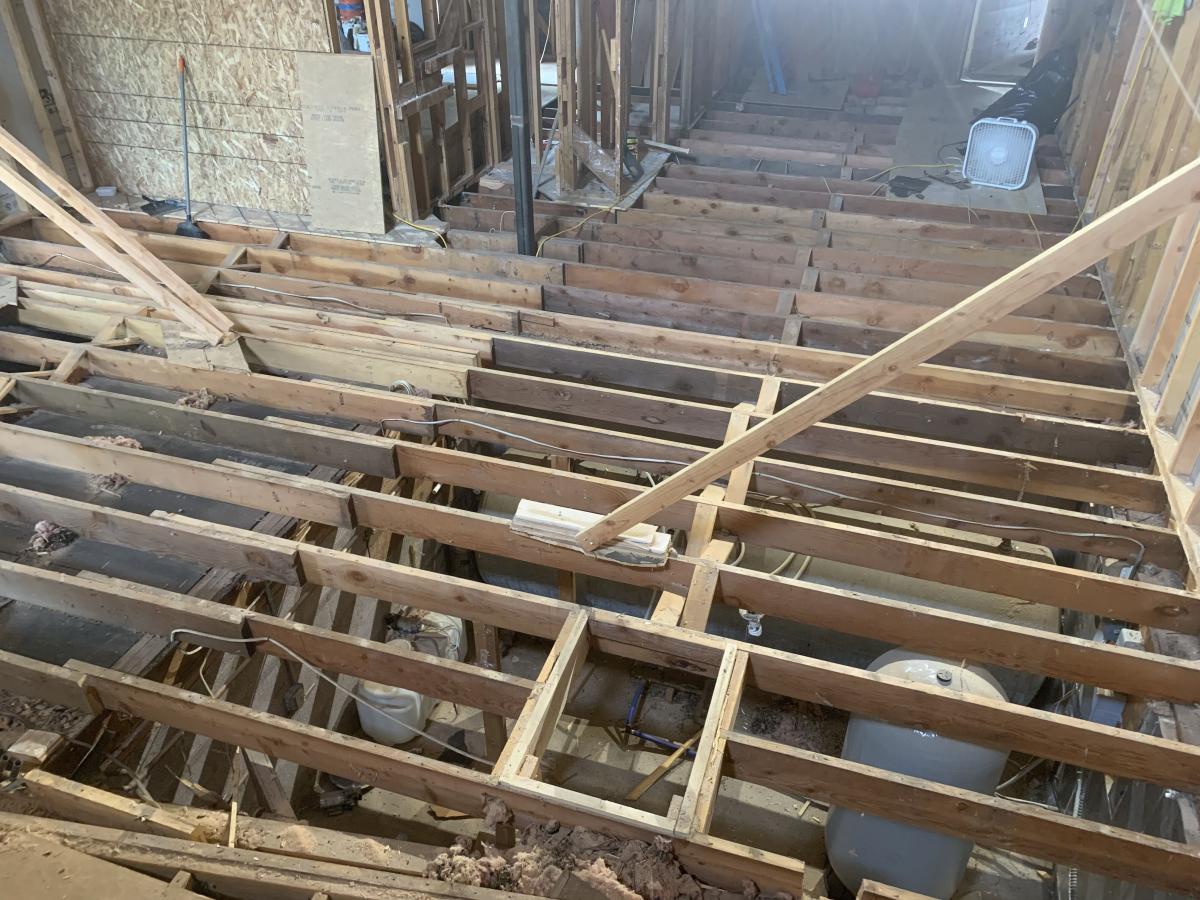 When homeowners say, “They don’t build them like they used to,” many of us in the industry roll our eyes, because the homes they're remembering as better often actually include out-of-level and out-of-plumb construction, with undersized framing members and dated mechanicals.

When you’re dealing with 100-year-old homes, the question arises of whether that home was built this way, or whether it settled into its current out-of-level condition. The real challenge to the remodeler when putting on an addition is whether to build it level, or build it to match the existing home.

With the floor gone, Owens had full access to the crawlspace from above, and discovered some treasures—including a skunk carcass. The crawl itself will be leveled and smoothed, then covered with taped and sealed reinforced poly, with R-19 insulation around the perimeter to ensure a sealed and conditioned crawlspace.

LED utility lights have been planned throughout the crawl. Combined with the white poly, they will make it this of the better-lit spaces in the home (a marked contrast to the typical dark, dirty and scary crawlspace) and a comfortable space to use for any additional storage needs.