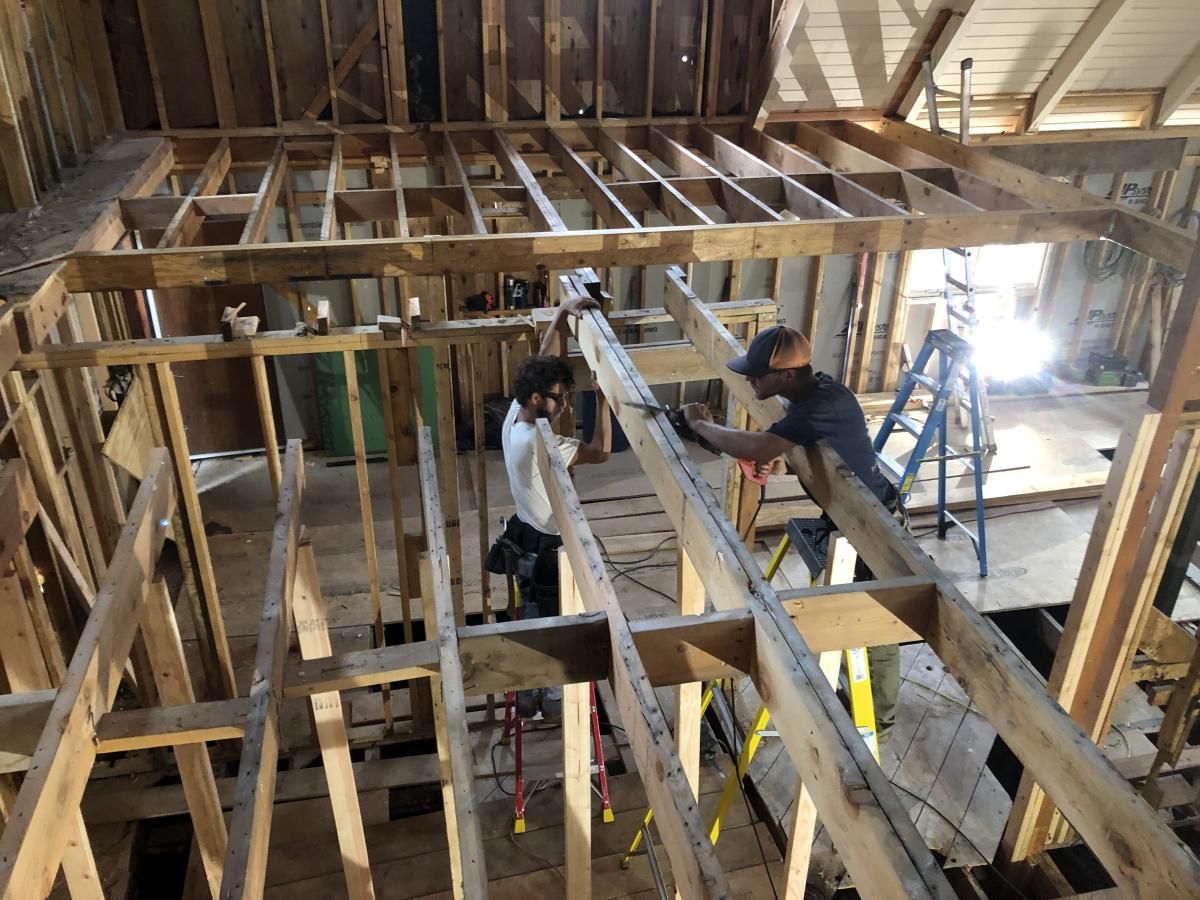 The only way to really see what you’ve got is to strip a home down to its structural skeleton, like Owens Construction's Bill Owens did here. And usually it’s not very pretty. When clients say, “They don’t build them like they used to,” remodelers think to themselves, “Thank goodness!” It often is easier to build an all-new home than to work around wildly varying existing conditions. 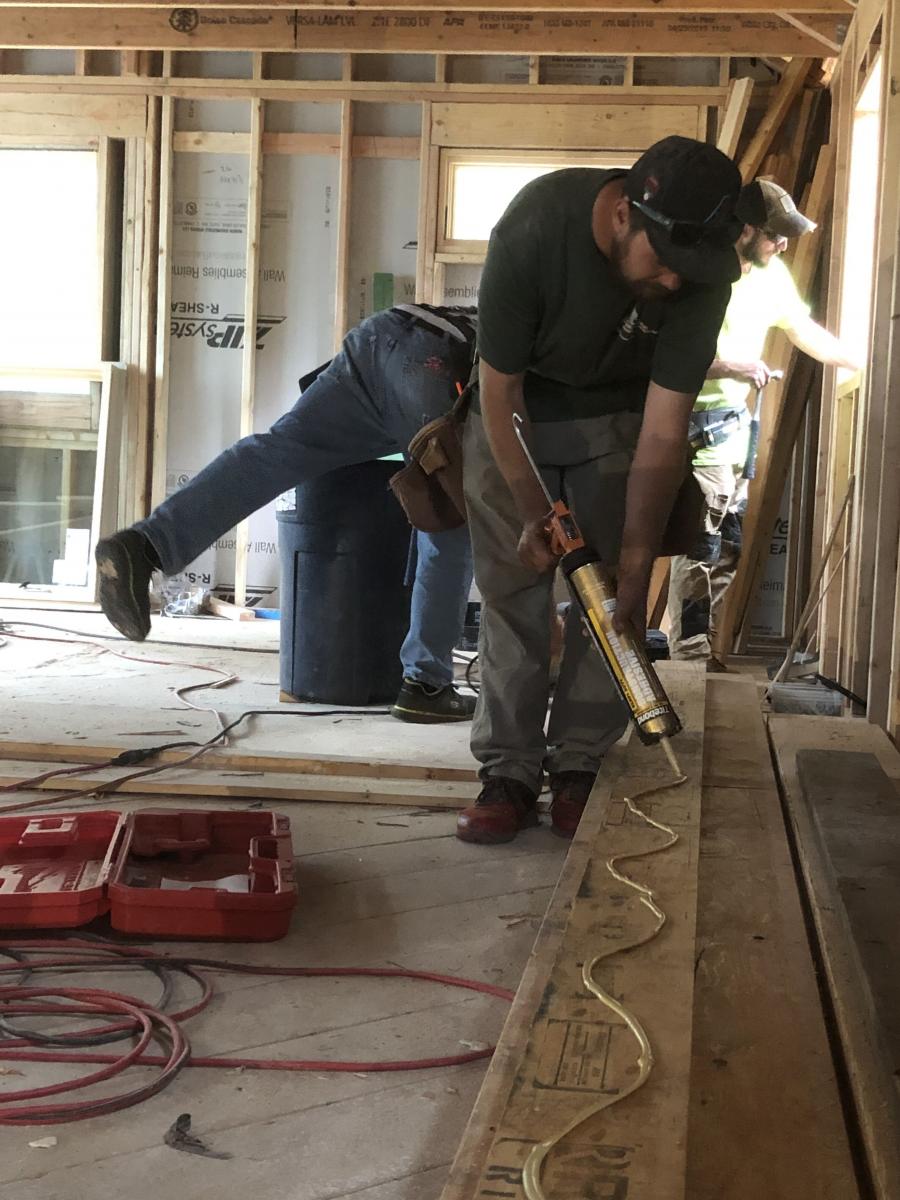 Such was the case here, with massive restructuring and bracing of the original framing. Where there was once not a hanger to be found, there are now MiTek hangers at every member connecting joists to beams. And the beams are much stronger, too, as they were constructed out of engineered lumber, and laminated and bolted together. Owens even glued the pieces of a built-up beam together with Titebond adhesive, to ensure it acts as one.

The new stair is considerably wider and longer, so the opening had to be enlarged to accommodate. Loads had to be carried down to pads in the crawlspace, and temporary shoring was everywhere until joists were safely secured to the network of beams. Only after he was satisfied that the floor was both strong and level, did Owens give the okay to start gluing and screwing down the AdvanTech sheathing from Huber Engineered Woods as they get ready to frame the interior walls in anticipation of the trades starting in a few weeks.