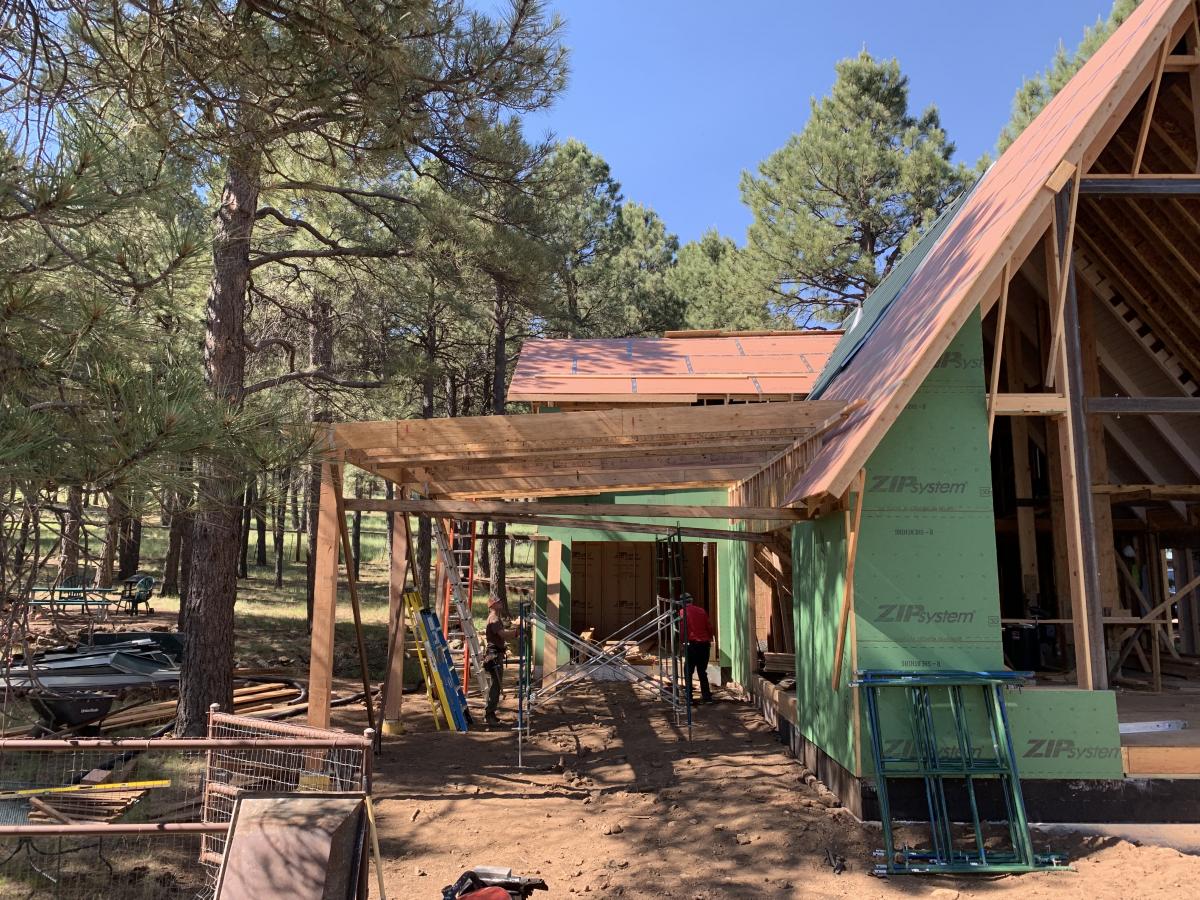 With the walls and roof mostly sheathed at the Model ReModel West project, it is time for Owens Construction to turn attention to the east side, where a major flat-roof porch is planned. There was an old porch in approximately the same location, but it had a shed roof dropping down to a beam just 7 feet off the deck, so you could catch only a glimpse of the ponderosa pine forest beyond. The new porch has been designed with a flat roof at 10 feet above the deck.

Since it will shade the east side of the great room, skylights were added into the design just outside the great room sliding doors to come. Where the underside of the old porch was stained dark brown like the siding, this ceiling will be painted white and feature numerous recessed downlights to make the space lighter and more cheerful. 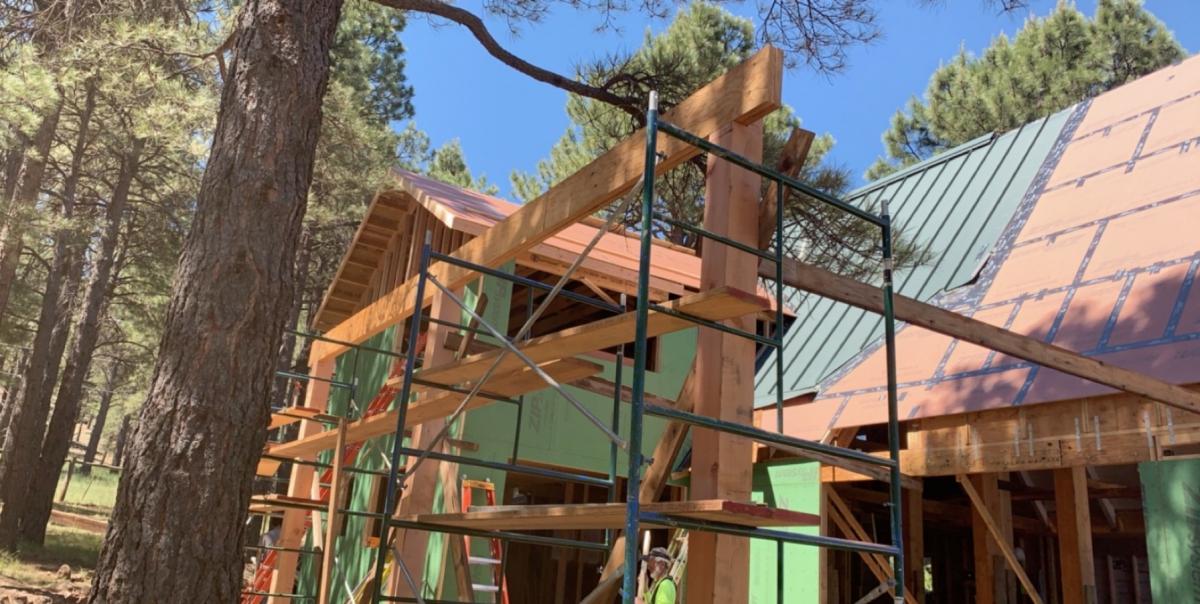 The first step was to use the trusty post-hole digger to create three 12-inch round foundation holes, which were then filled with concrete before a strong MiTek galvanized post base was installed. (These will be hidden by the deck itself.) Wrestling the 8x8 columns into place made owner Bill Owens and his crew wish the hydraulic crane was still on site. The team chose to use 8x8s for their visual heft, but structurally, something smaller would work just as well. Owens plans to chamfer the sharp corners once the deck is built to soften them.

Anytime one uses heavy timber like this, you can expect checking and cracking as the timber dries out. Here, those cracks will be stained to match, with no attempt made to disguise the movement with caulk or filler. This is just what wood does, and it will, if anything, add to the rustic character of Model Remodel West.