This team is track to beat the onset of winter 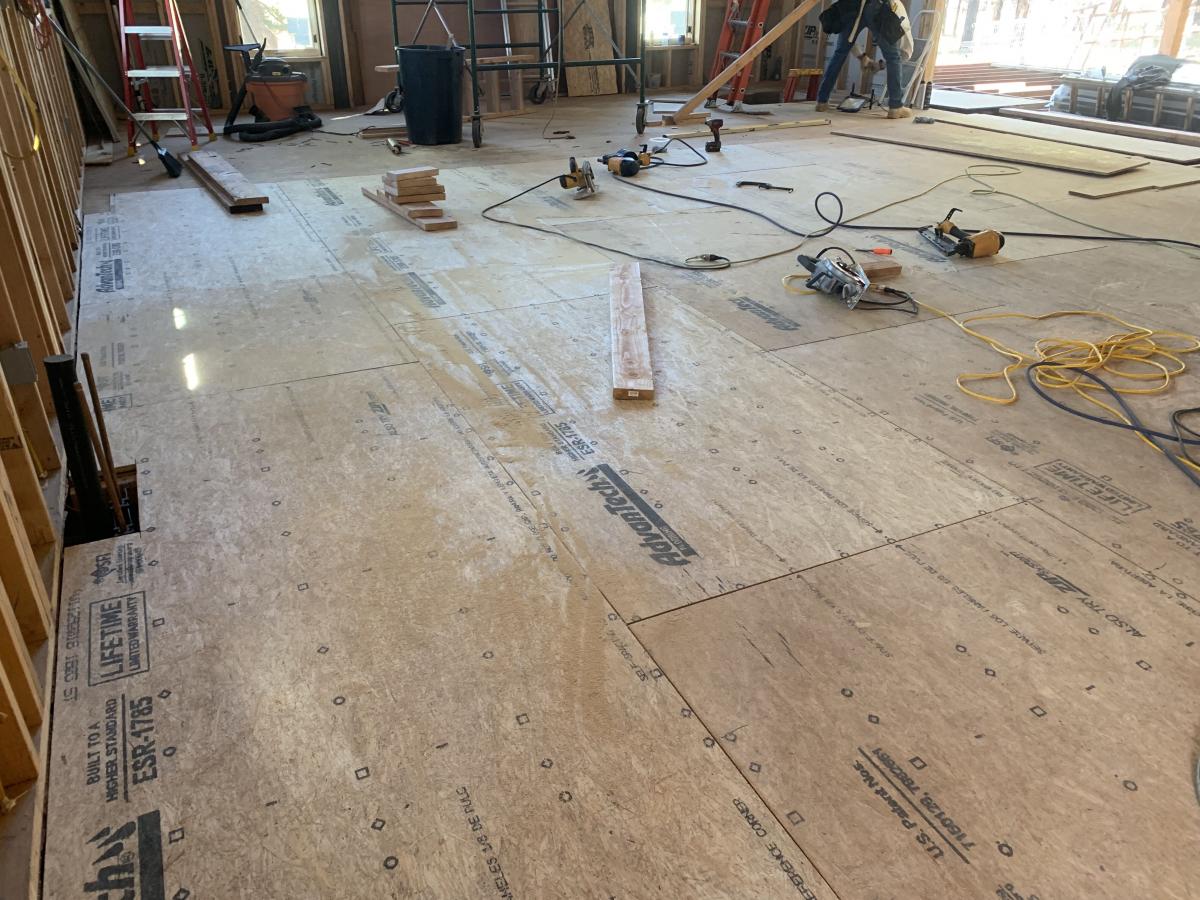 Because Owens Construction owner Bill Owens wanted to beat the winter coming in, he’s been working outside most of September, with inside work happening when bad weather forces them inside, or a trade needs certain areas finished.

Now the house is pretty close to weathertight, so Owens finished gluing and nailing Huber Engineered Woods' AdvanTech subfloor everywhere. (When asked about the old-school tangle of cords on the floor, Owens laughed, saying, “If these tools would ever wear out, I’d buy some new cordless ones, but in the meantime, I’m getting my money’s worth!”) 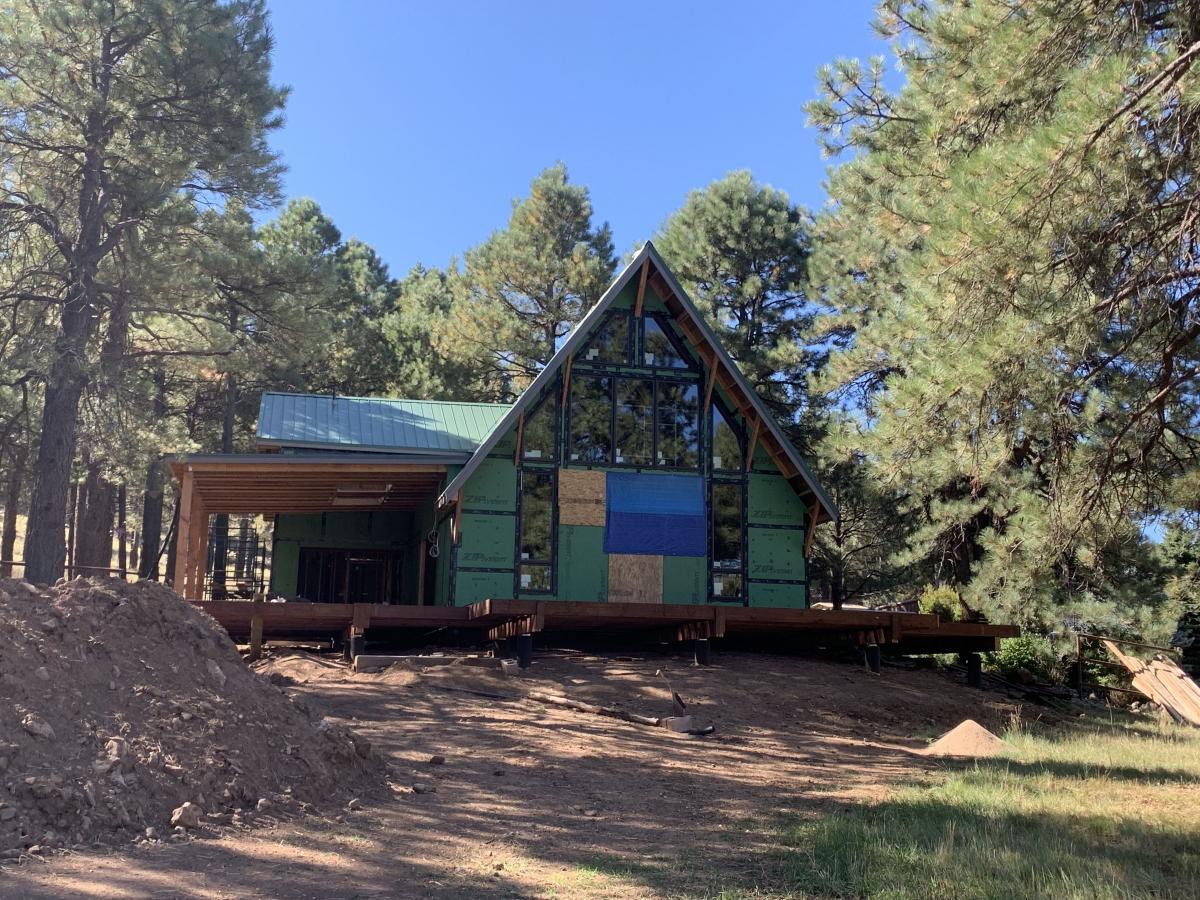 The new stair opening is about twice as large as the old opening, with its steep winder stair. The proposed stair is a generously wide double-back with gentler rise and run. Outside, all the windows are placed; next up are the LaCantina doors. It’s been dropping down below freezing already in Flagstaff, but so far no snow. Everyone here knows, though, that it's only a matter of time.