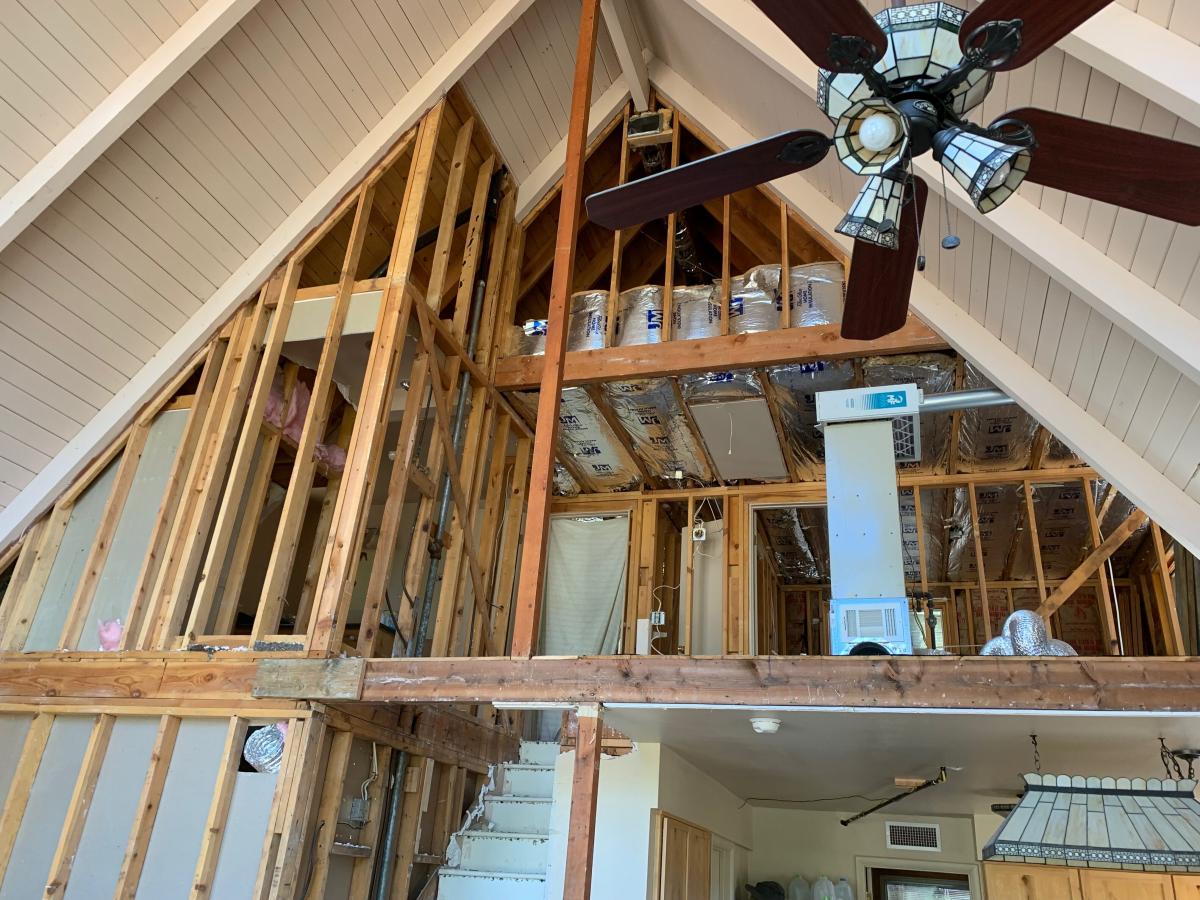 There is no gentle way to go about preparing for a major gut remodel—in order to access to all the structural, mechanical, and electrical that needed to be upgraded, everything had to go. Because of this, demo started almost simultaneously with the excavation. And on bad weather days, it was great to have a dry place to work and make progress.

Salvageable fixtures all went to Habitat for Humanity, while all metals were recycled, and decent lumber saved for reuse. Everything else filled an entire dumpster, ultimately ending up in the landfill. Owens Construction's Bill Owens was happy to see Habitat take appliances, cabinetry, and windows to sell at its ReStore in Flagstaff to help fund new builds. The flooring of the main level was several layers thick—an engineered plank over an original pine layer over an MDF subfloor over diagonal sheathing—so it was like performing an archeological dig to remove it all and get down to the joists. 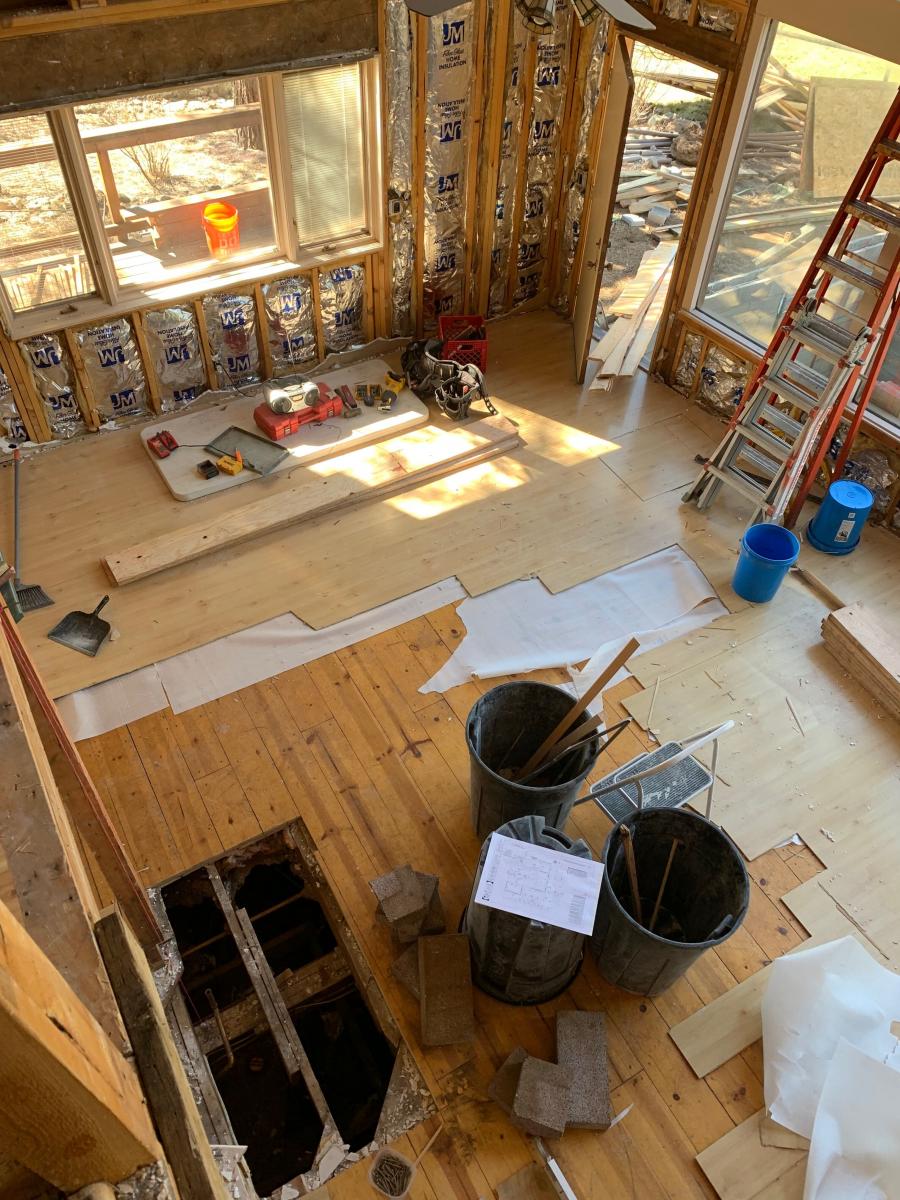 This home was built in 1978 and remodeled at least once since then. The '70s were not known as a particularly strong period for construction quality, but Owens was impressed with some of the steps prior owners had taken to insulate against Flagstaff winters. Foil-faced foam was used everywhere in addition to batt fiberglass. The structural insufficiencies he knows how to correct, and the new insulation package will be far more effective than the old system.

With all the drywall, insulation, wiring, and plumbing removed, Bill and Fred Owens not only swept the job clean, but followed up with a Shop-Vac. You could almost eat off these floors! A clean jobsite is one of the hallmarks of Owens Construction, and clients appreciate it.

“I only wish construction went as quickly as demo," Owens wistfully commented.