Can You Dig This?

Getting a headstart on the build 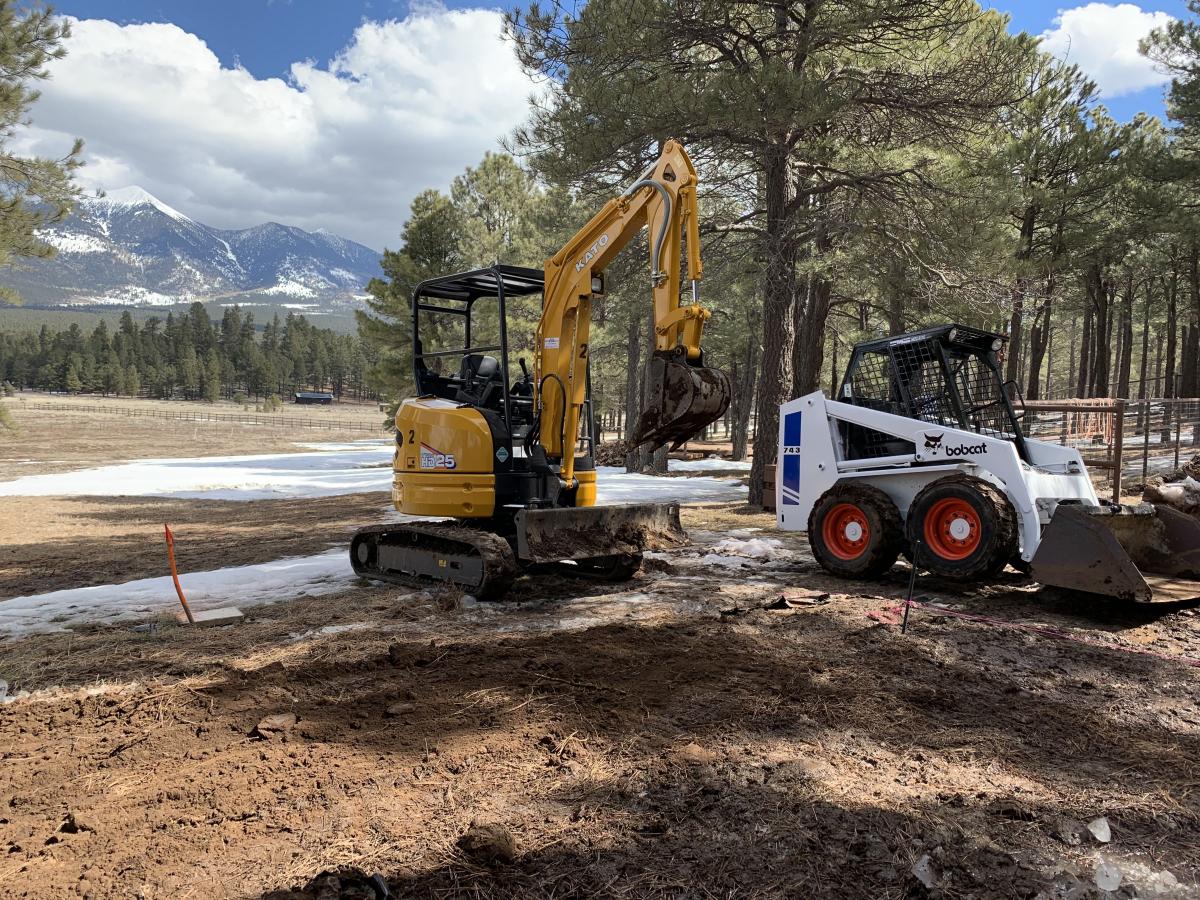 Winters in Flagstaff (elevation: 7,000 feet) are long and hard, with snow and below freezing temps continuing well into May. If this project is to finish in the fall, Owens Construction's Bill Owens knew he needed to pick up time on the front end. He pushed the designer and structural engineer to submit a “foundation only” set of plans in early March to the building department, while final details on the superstructure were being completed. 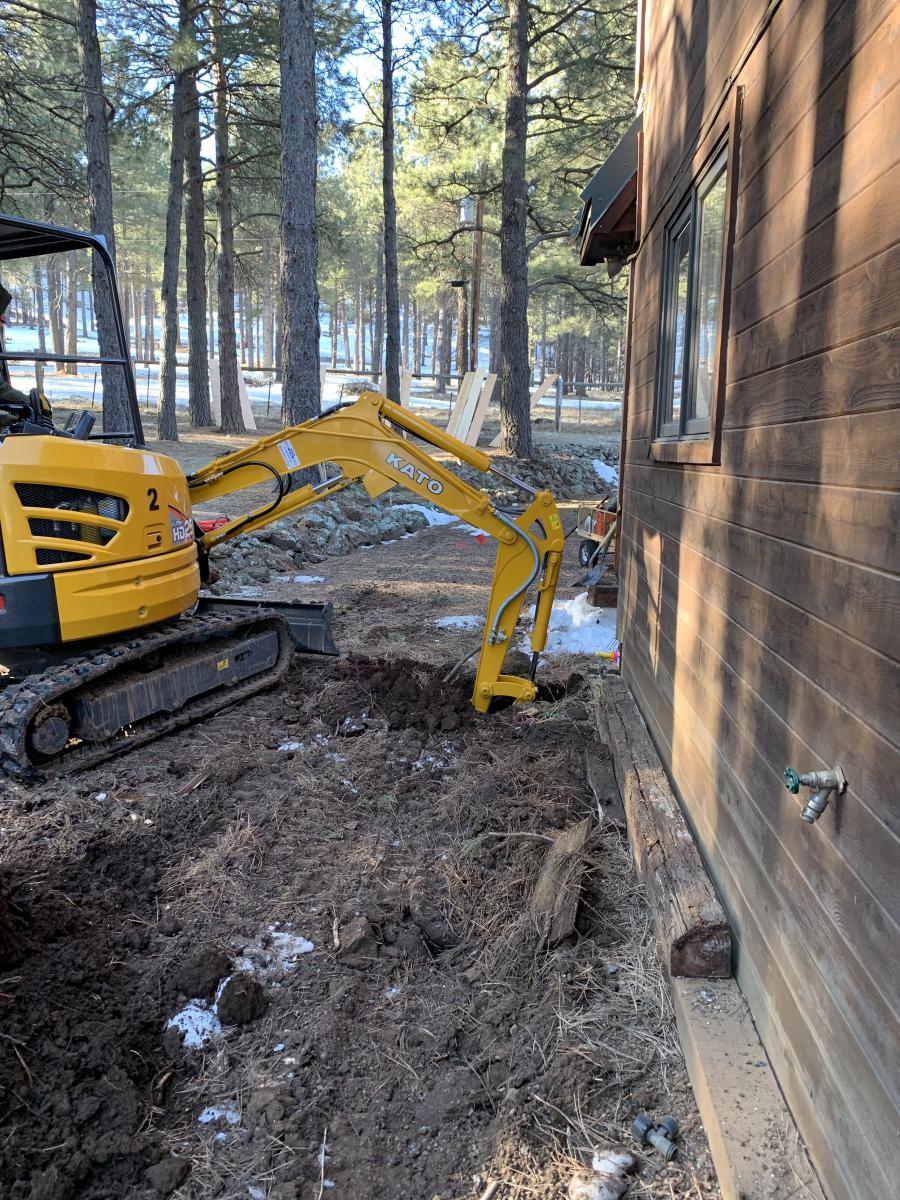 Fortunately, the Coconino County Building and Safety Division was amenable to the partial review, and a foundation permit was issued by the second week of March. While waiting for permission to dig, Owens deconstructed the east porch roof and the expansive deck that wrapped the house on three sides. Then, permit in hand, he immediately rented out a Bobcat and a small track hoe and put them to work digging the two excavations for the east bedroom addition and the north great room addition. As Owens dug down, he made a small pile next to the dig, and his right-hand man (and son) Fred Owens used the Bobcat to carry loads to a temporary stockpile down the hill in his pasture.

Digging went fairly smoothly, and other than small rocks, no unexpected geologic surprises presented themselves. Because of the potential for snow, Owens spread hay over the ground and tarped the holes to prevent freezing while waiting for foundation to be poured. All foundations were poured a little over a week later, with a pumper trailer required to get the mud to the far sides of the house from the driveway. Reinforcing steel ran horizontally in the beefy footers, with vertical steel placed every 4 feet in preparation for the concrete block wall to come.