Updates to the layout provide a safer, easier experience for all in the home 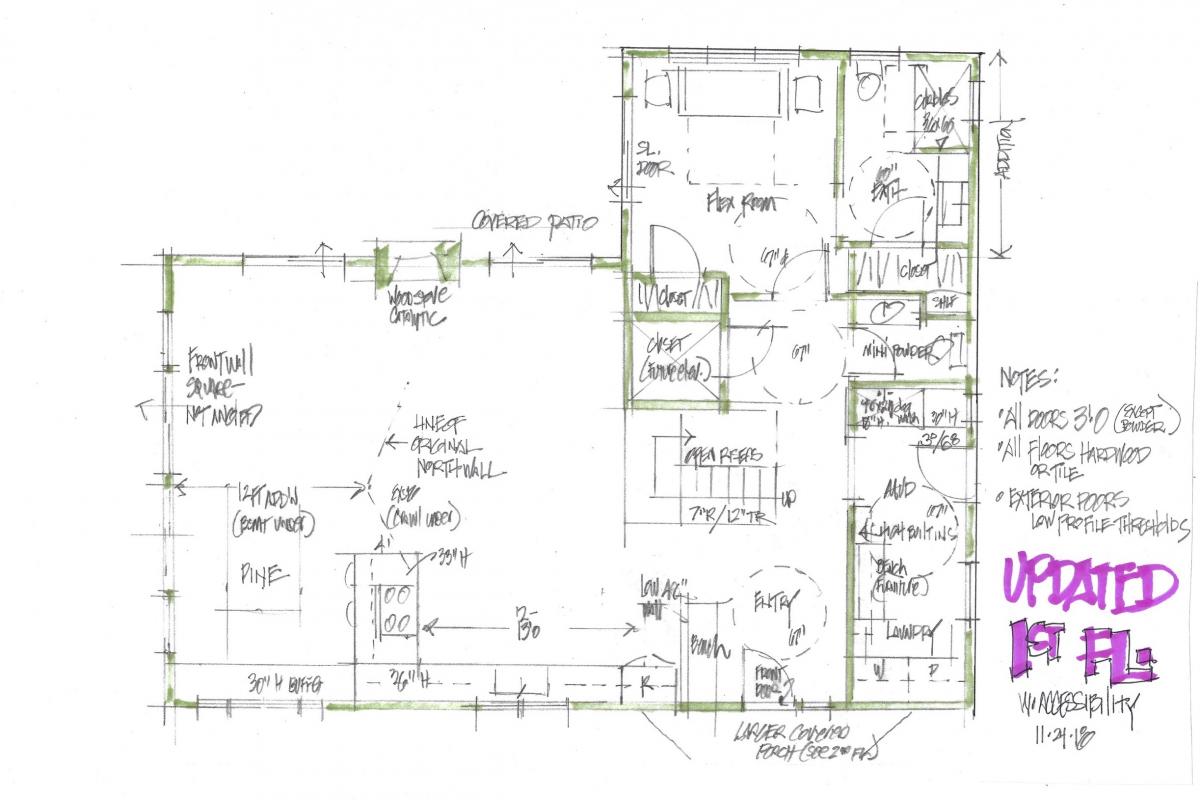 Unless you’ve discovered the fountain of youth, you’ll get old someday. And with age, parts wear out, and mobility may be reduced. Most of us prefer to deny any evidence of our own aging, but not Owens Construction's Bill Owens, who was involved in creating the Certified Aging-in-Place Specialist (CAPS) certification for the National Association of Home Builders and served as Board Chair for several years. 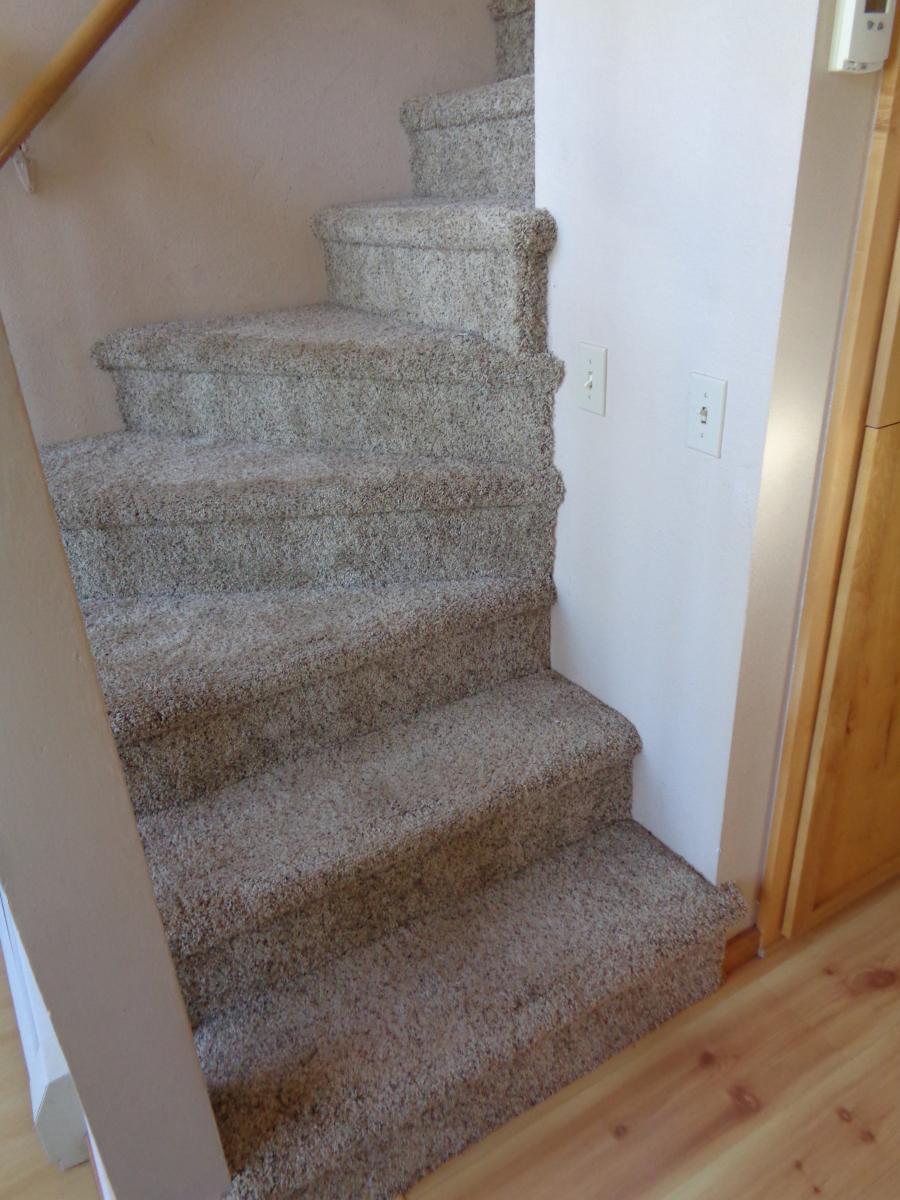 He’s since partnered with Richard Duncan in creating the BLD Institute. BLD, which stands for Better Living Design, is all about soft-selling the subject of universal design, instead presenting it as just “good design” for everyone—although it is.

According to its website, BLD encourages developing a new standard for how homes and home products are designed, with the ultimate goal of designing, building, and remodeling homes that are more livable across a lifetime, while also providing added resale value.

So what does that look like? Once the basic floorplan jelled, a couple alternatives were produced that very specifically had the turning radii shown on them. You see there are both 60-inch and 67-inch radii shown; that’s because the 2017 version of ANSI A117.1 calls out 67 inches for new construction, recognizing the increased length of some electric scooters and power chairs.

For the Flagstaff project, we used 67 inches where we could get it, 60 inches (still legal for remodels) where we were tight. This was a reality check, and plans were modified to fit. Several variations were considered in sketch form, before buckling down on the drawings in CAD.

The other access feature that's easy when you build it in, but much harder when you have to remodel it in, was ample door widths. Here, we did 36-inch widths everywhere except some closets and the (non-accessible) mini powder room. Those doors will have lever handles for ease of use by all. With both being under roof, the front door and sliding doors on the east will have low thresholds without a trip hazard. 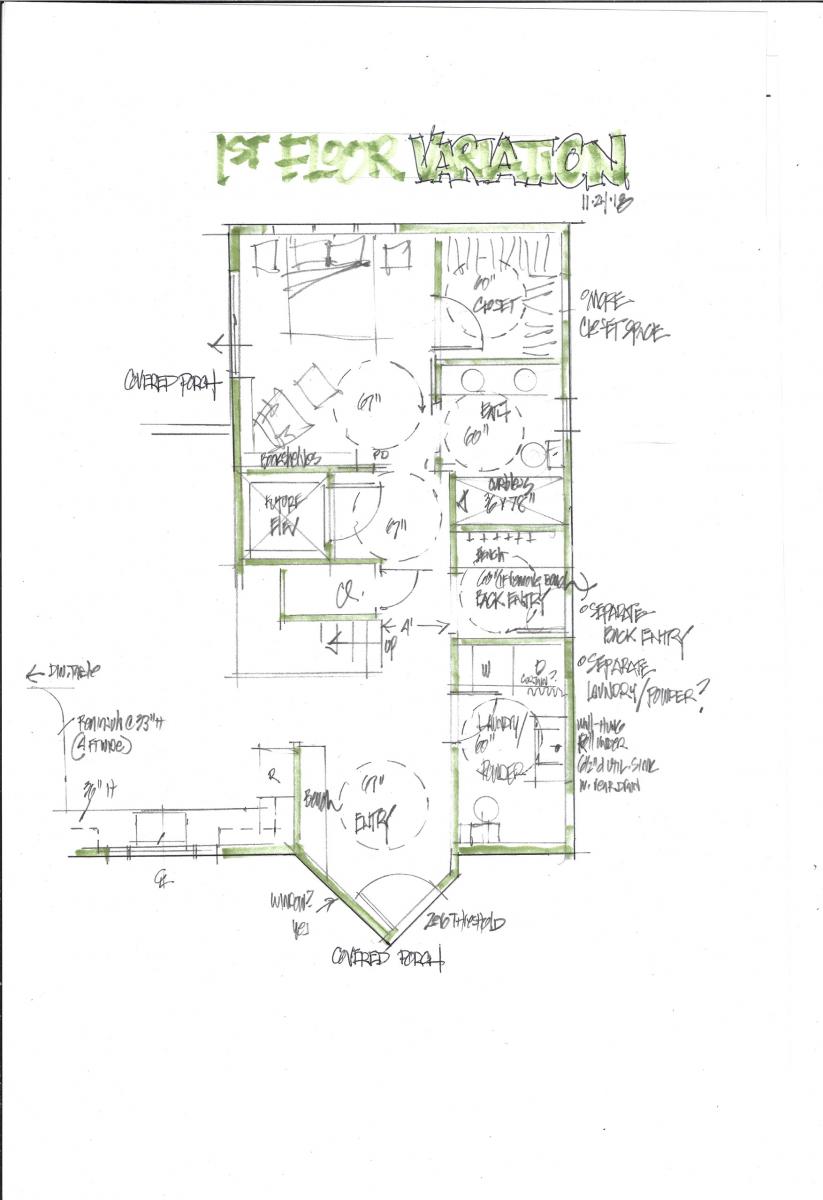 You’ll note a 4x5-foot closet next to the stair that is stacked above, to provide a shaft for a future elevator should the homeowners choose to add one. In the meantime, the best accessible feature we can offer are a gentle set of stairs. The old ones were only 32 inches wide, with a 7¾-inch rise and a 9-inch tread, including some definitely non-code winders. This one will have an easy 7-inch rise, and a 12-inch tread depth (11-inch run) with handrails on both sides. Stairs like that can be used safely by someone well into their 90s.

Finish details, including the final kitchen layout, are being worked out as they go, but Owens has planned a section of the kitchen counters at a 33-inch height, usable by someone in a wheelchair but also not too low for standing users. In this case, we located a cooktop on it, because it makes it 3 inches easier to look down into the top of a tall pot.