Zipping Up the Walls

While waiting for approval on a roof framing change order, the framers install ZIP System sheathing on the walls 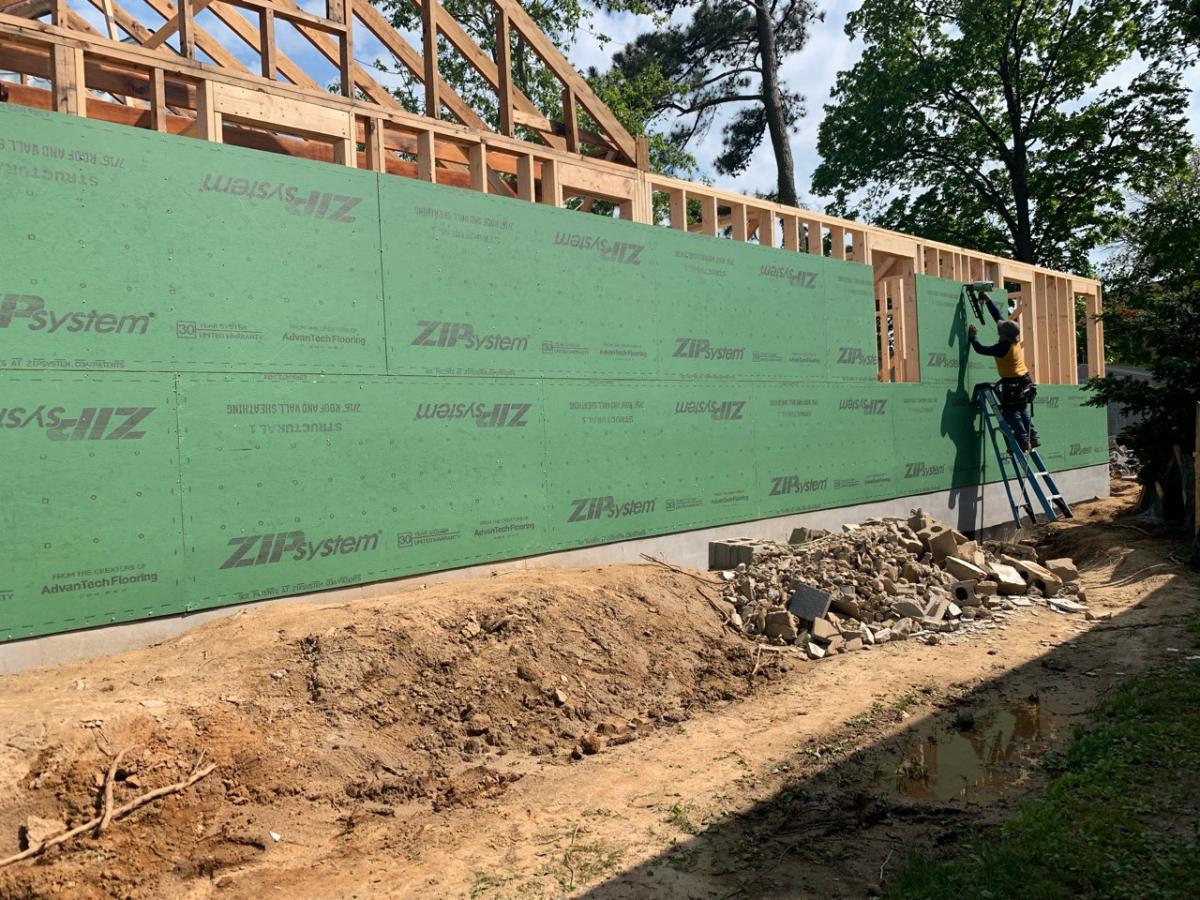 With wall framing completed and final approval of a roof framing change order still pending, the framer’s crew began sheathing the walls with ZIP System panels from Huber Engineered Woods. Available for both wall and roof sheathing, ZIP System panels are manufactured with an integrated air- and moisture-resistive barrier that, when used in conjunction with the company’s proprietary ZIP System Flashing Tape, provides the building envelope against air and water intrusion. (R-Sheathing panels are also available with up to 2 inches of rigid foam attached.)

ZIP System Flashing Tape is very sticky, and technique matters. Tape at wall seams is applied in a sequence that creates overlaps that promote moisture drainage: lowest horizontal seams first; then vertical seams immediately above, overlapping at the intersections; then the next course of horizontal seams; and so on. The tape is pressure-sensitive, which means the strength of the bond requires that it be pressed into place (see “How to Make Sure Flashing Tape Sticks”). A J-roller works well at seams. (A variety of metal and plastic tools are available for use in other situations, such as at inside corners in window openings.) 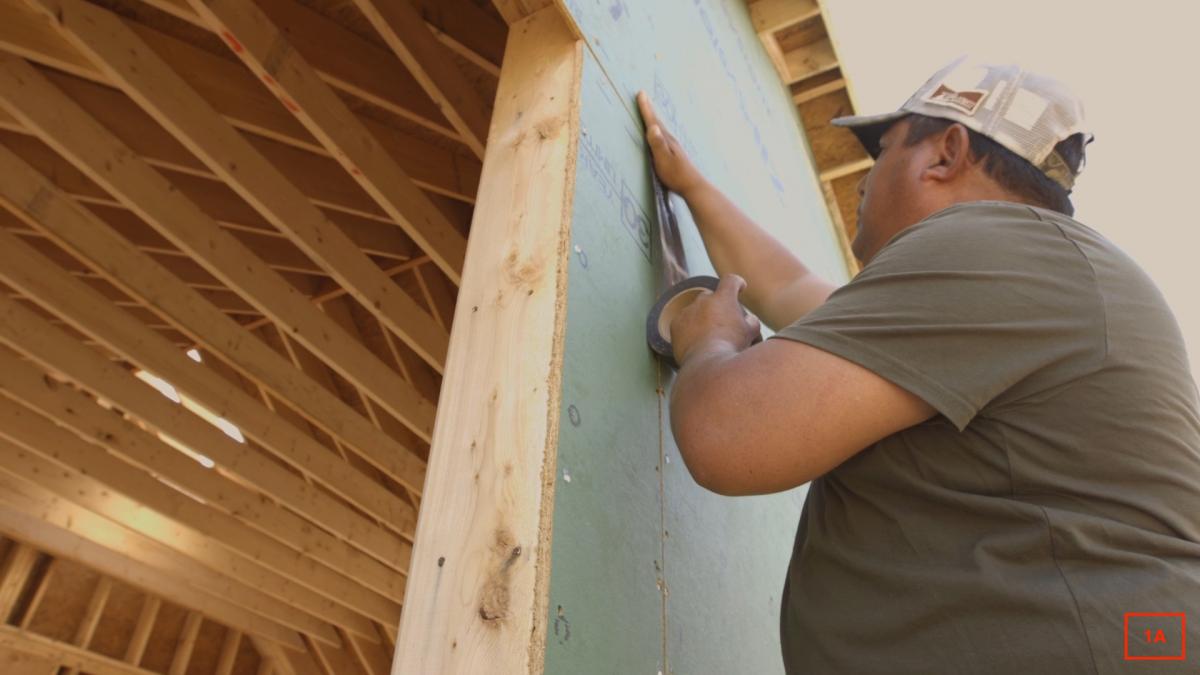 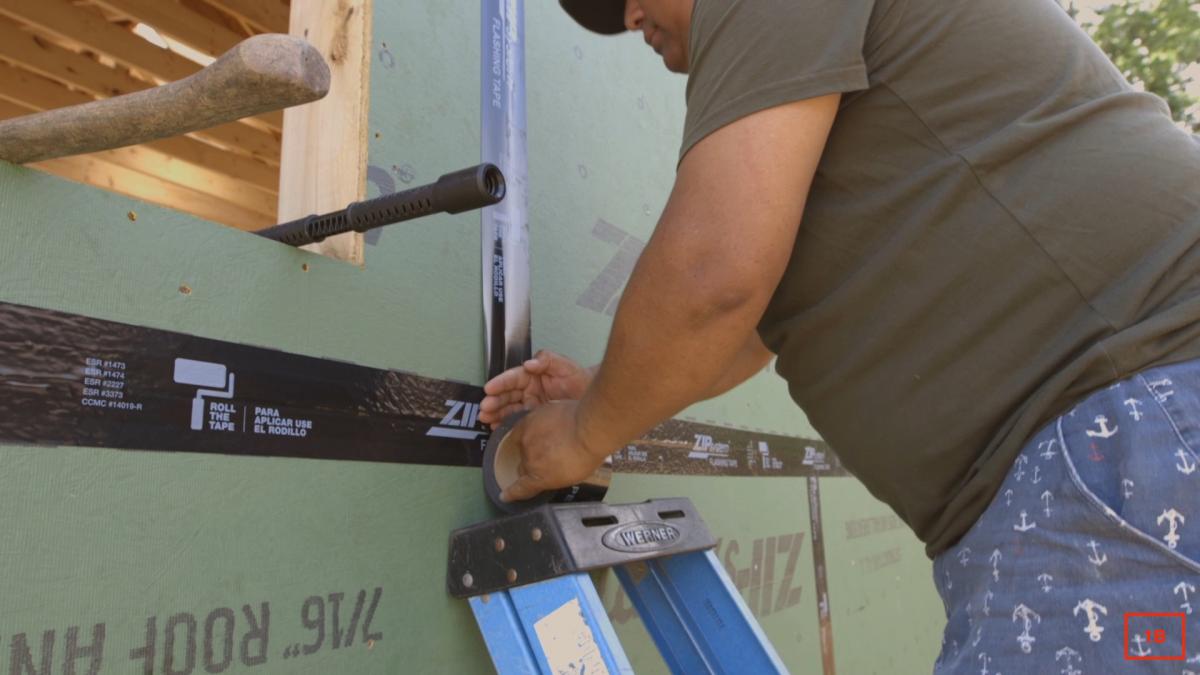 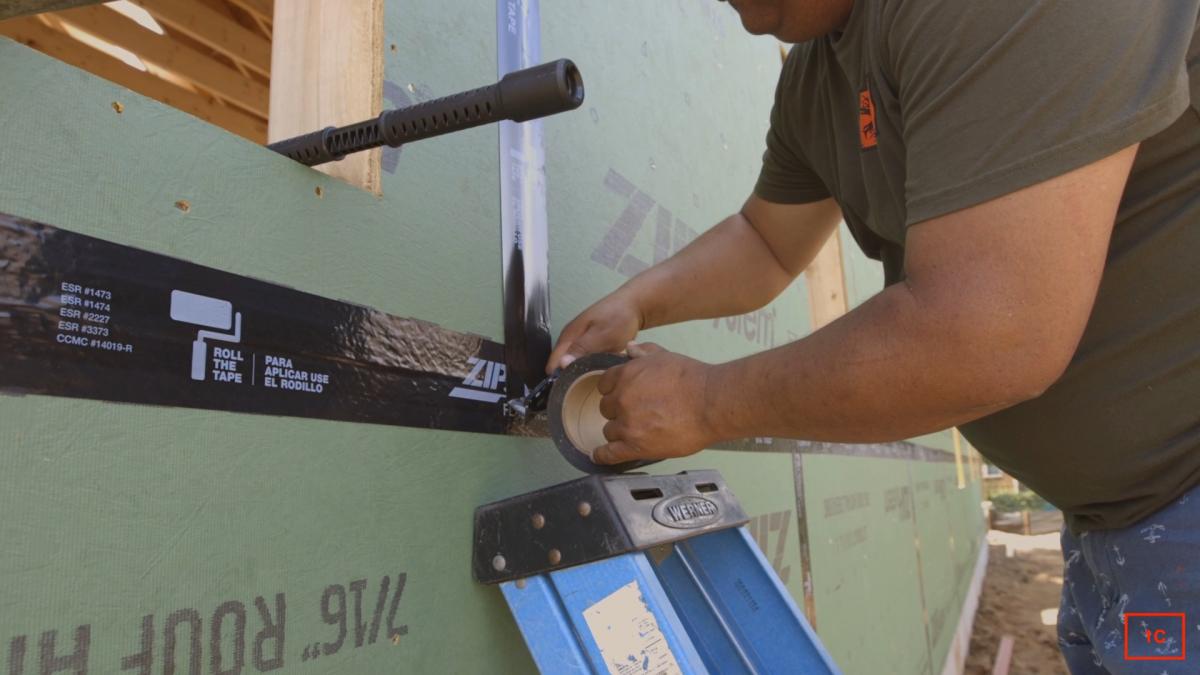 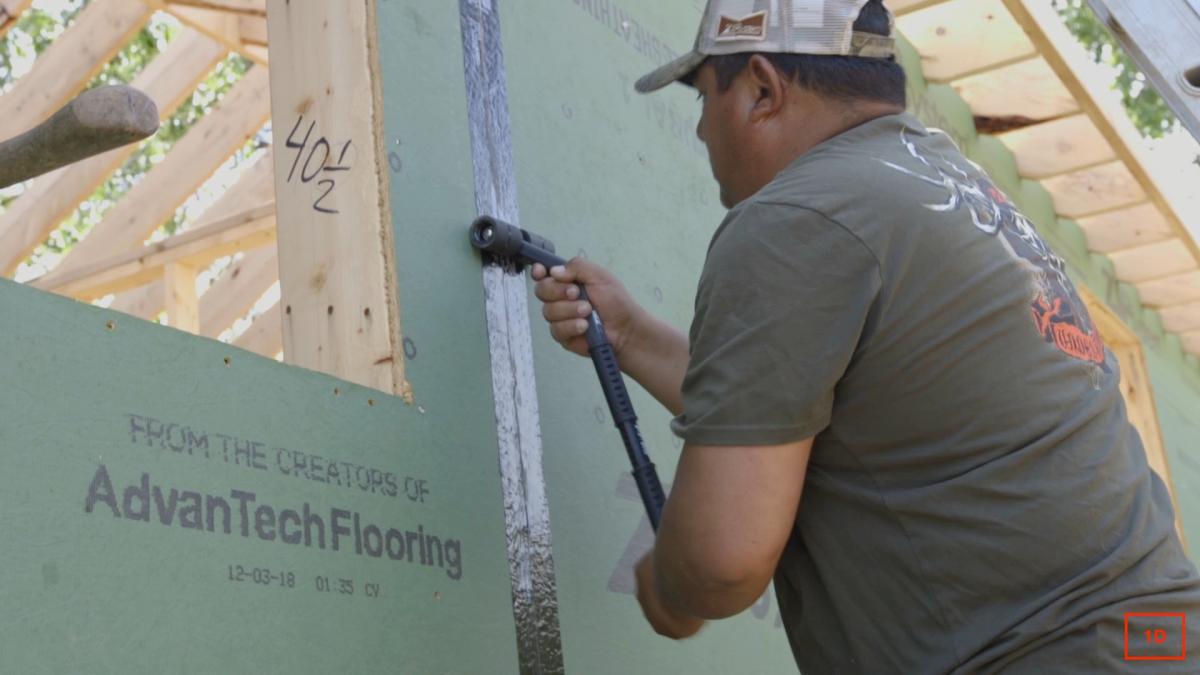 In this sequence, a worker uses 3 ¾-inch-wide ZIP System Flashing Tape to seal a vertical wall seam near a window opening where the horizontal seam below the opening has already been taped. Taping begins at the next highest horizontal seam (which is untaped), where the topmost edge of the tape is pressed just enough to hold it in place [1A]. Keeping the roll slightly away from the wall, the worker unrolls the tape until it overlaps the horizontal tape [1B], then cuts it while holding the tape away from the wall [1C] to avoid knicking the horizontal seam. After lightly smoothing the entire seam, he uses a J-roller to press the tape firmly into the sheathing surface [1D], which activates the adhesive.