A narrow site limits storage area and access to the rear of the lot. The solution involves small machines, manual labor, and doing things in a particular order. 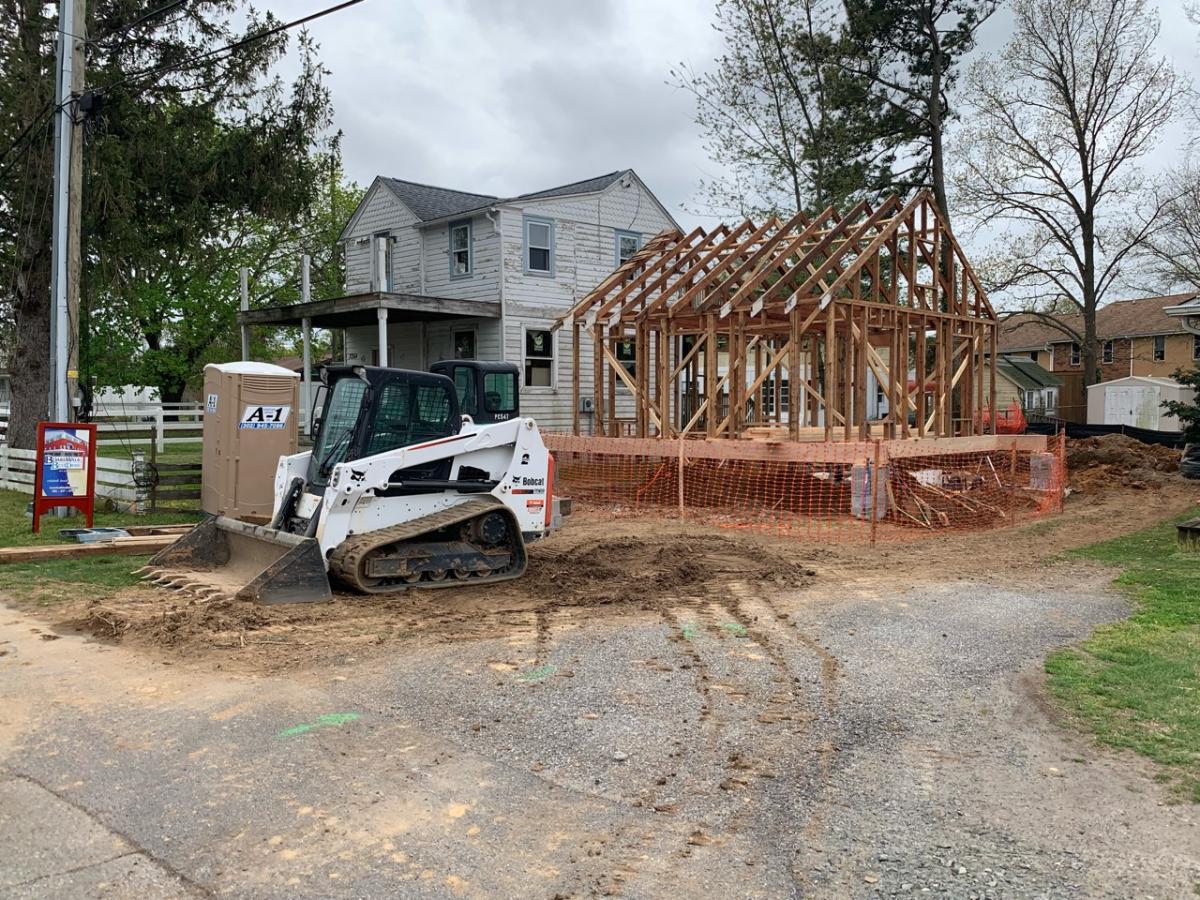 The space between the front of the house and the street leaves barely enough room to store equipment and materials. Eventually, a small dumpster needs to fit in here somewhere as well.

As we noted earlier, the jobsite is very narrow, which creates access and storage problems. The front yard is 25 feet wide, and only about 25 feet deep from the street to the front entry. Allowing for room to work on the building, that leaves a roughly 20x20-foot area to accommodate the portable toilet and storage space for material and equipment. The backyard has about twice as much room, but any material stored there will have to be carried by hand to the back.

Access along the side boundaries is tighter still. Although the remodeler gained permission to use the neighbor’s property to access the rear of the structure, it still took some planning to make sure the work was done in the right sequence. 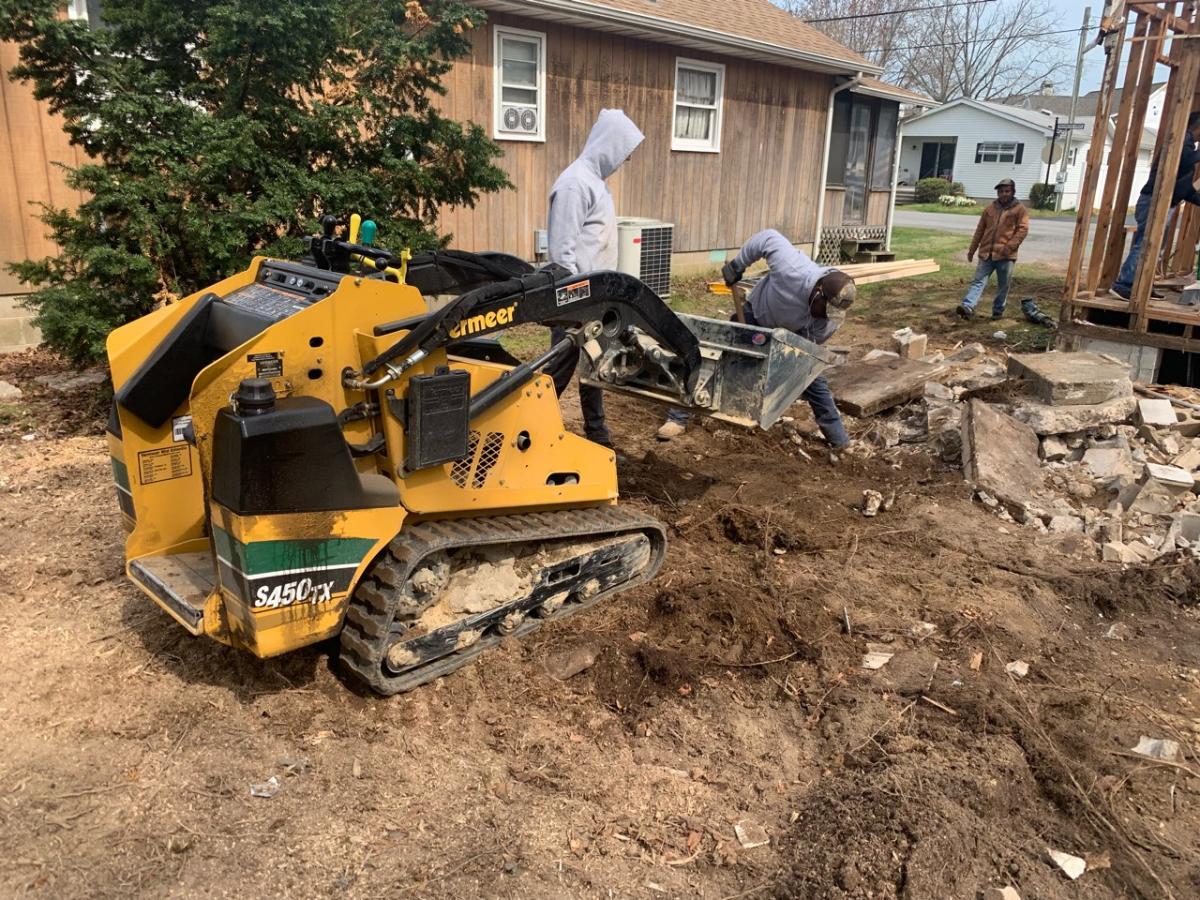 Demolition of the rear half of the existing house would generate a considerable amount of debris, which was moved around the side of the house to the front by a small skid-steer loader.

As originally planned, the mini-excavator would also have dug footing trenches for the addition, but some surprises discovered in the crawlspace under the front part of the house (which we will describe in more detail in an upcoming story), caused a change of plans. The long and short of it is that, after demolition and rough grading, the excavation equipment was moved back out to the front of the house. Most of the material excavated for the new foundation will have to be moved later by skid steer, bucket-by-bucket, from the back to the front, loaded into a dump truck, and hauled away. 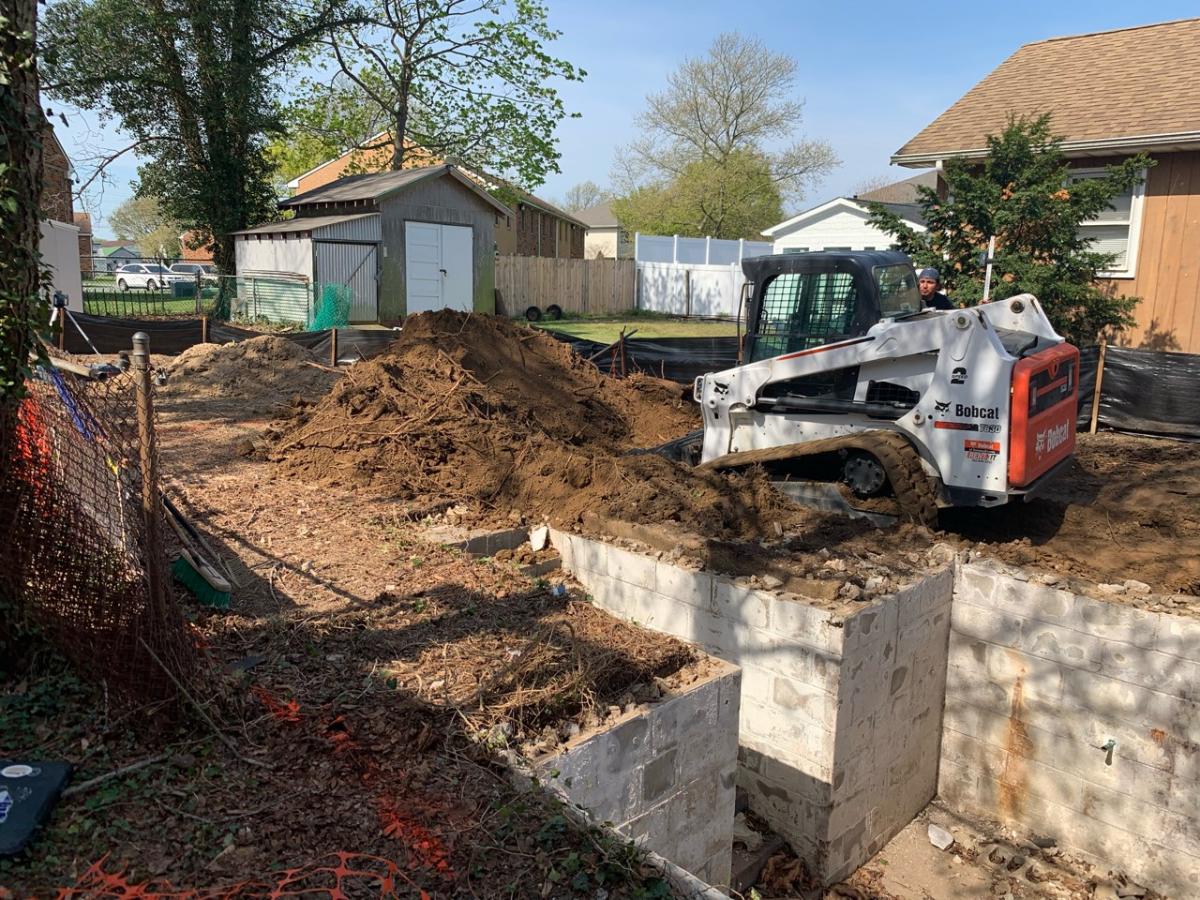 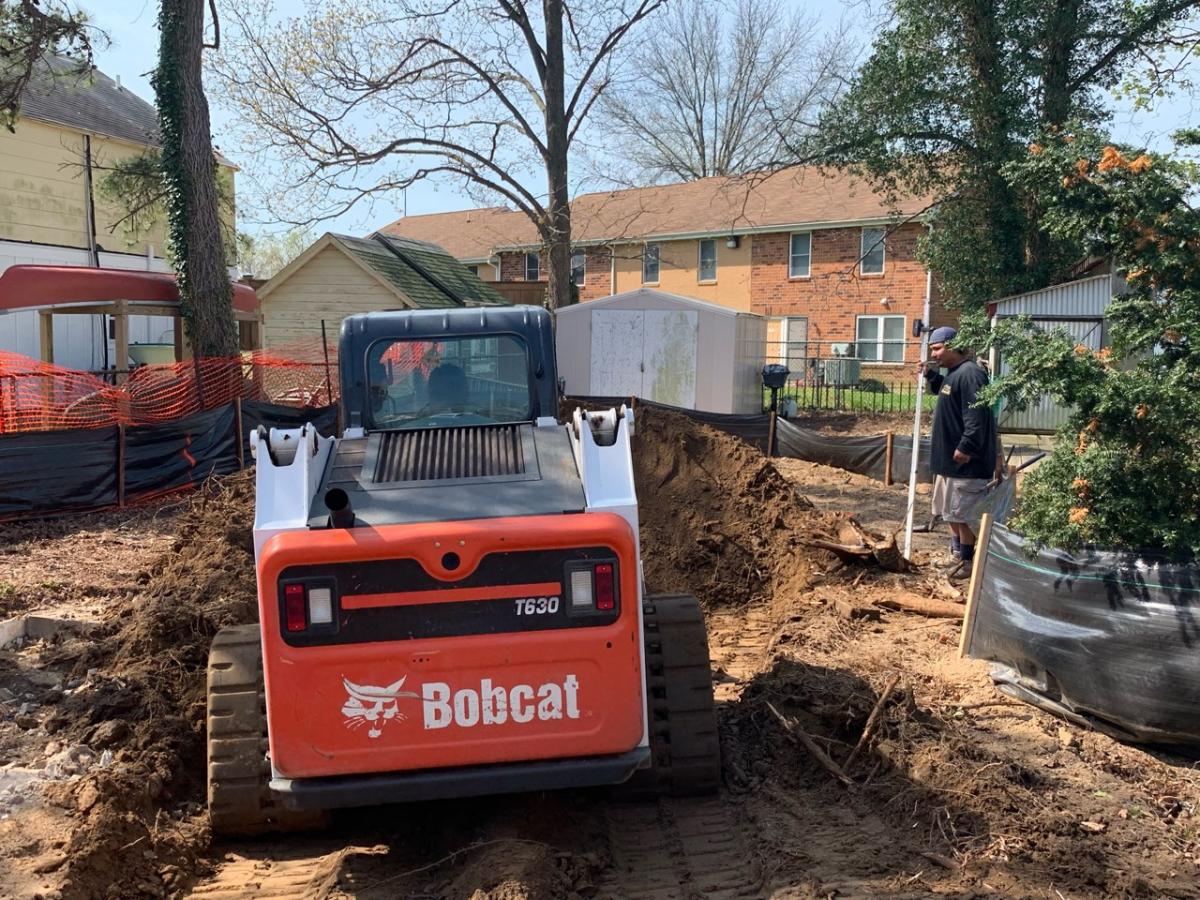 After demolition, a skid-steer loader and a mini-excavator were used to scrap topsoil and clear some small trees, and to rough-grade the crawlspace for the new addition.

With so little room to store construction materials on site, the plan is to schedule material deliveries two days before each phase of construction starts. Even though the house is small, that will mean breaking down the orders into smaller packages–floor framing, exterior wall framing, roof framing, etc.–making sure that each one is delivered separately, and only after the material from an earlier delivery is in place.
Region:
East Coast