The plan for the Rehoboth Beach Model ReModel project included preserving the original beach house, which occupied the front section of the existing structure, and replacing the bedroom addition and enclosed porch on the back half of the house with a new addition that respected the side boundaries but extended the footprint nearly 20 feet deeper into the narrow lot (see “As-Built” vs. “Proposed,” below). 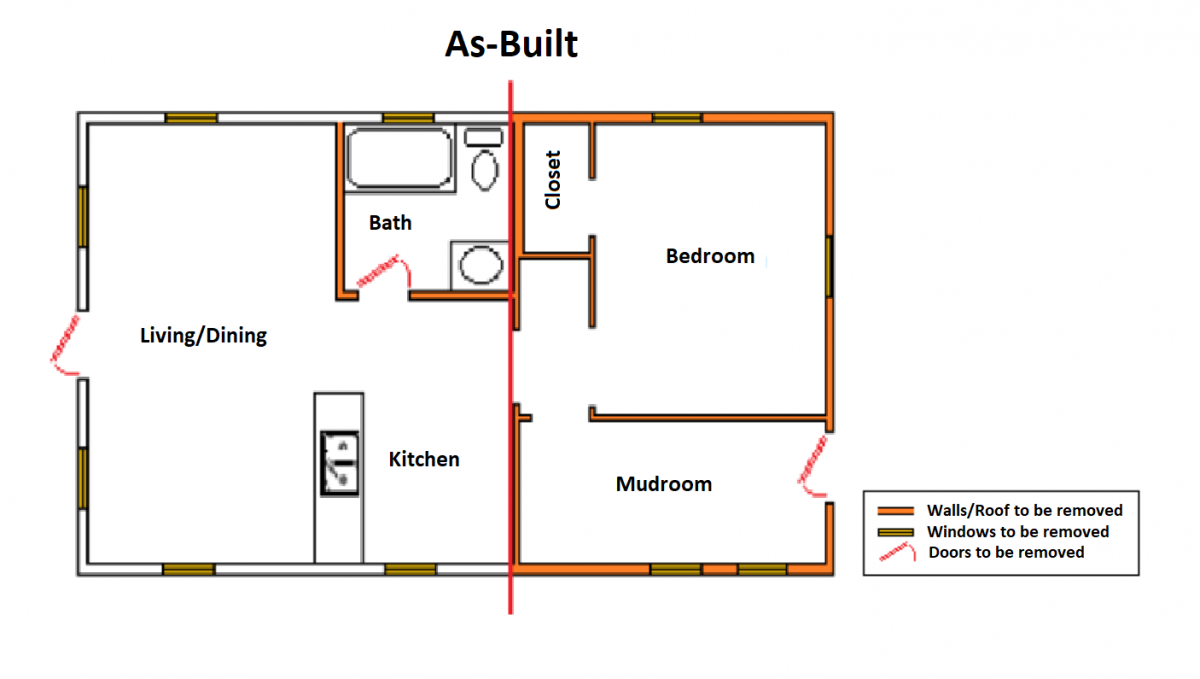 The remodeling plan included: preserving the crawlspace and frame of the original beach house (portion to the left of the vertical red line); removing the existing bedroom and mudroom but preserving the full block foundation beneath them; building a new addition over the basement that extends onto a new crawlspace; and adding an enclosed porch.

During demolition, however, it was discovered that the original beach house was not built on a CMU frost wall, but was supported by 12 CMU piers at the perimeter (see, “Pier Pressure” in Project Updates) and three interior piers supporting a center girder. Moreover, none of the piers or the CMU infill, which had been added during an earlier remodel, were sitting on a footing. 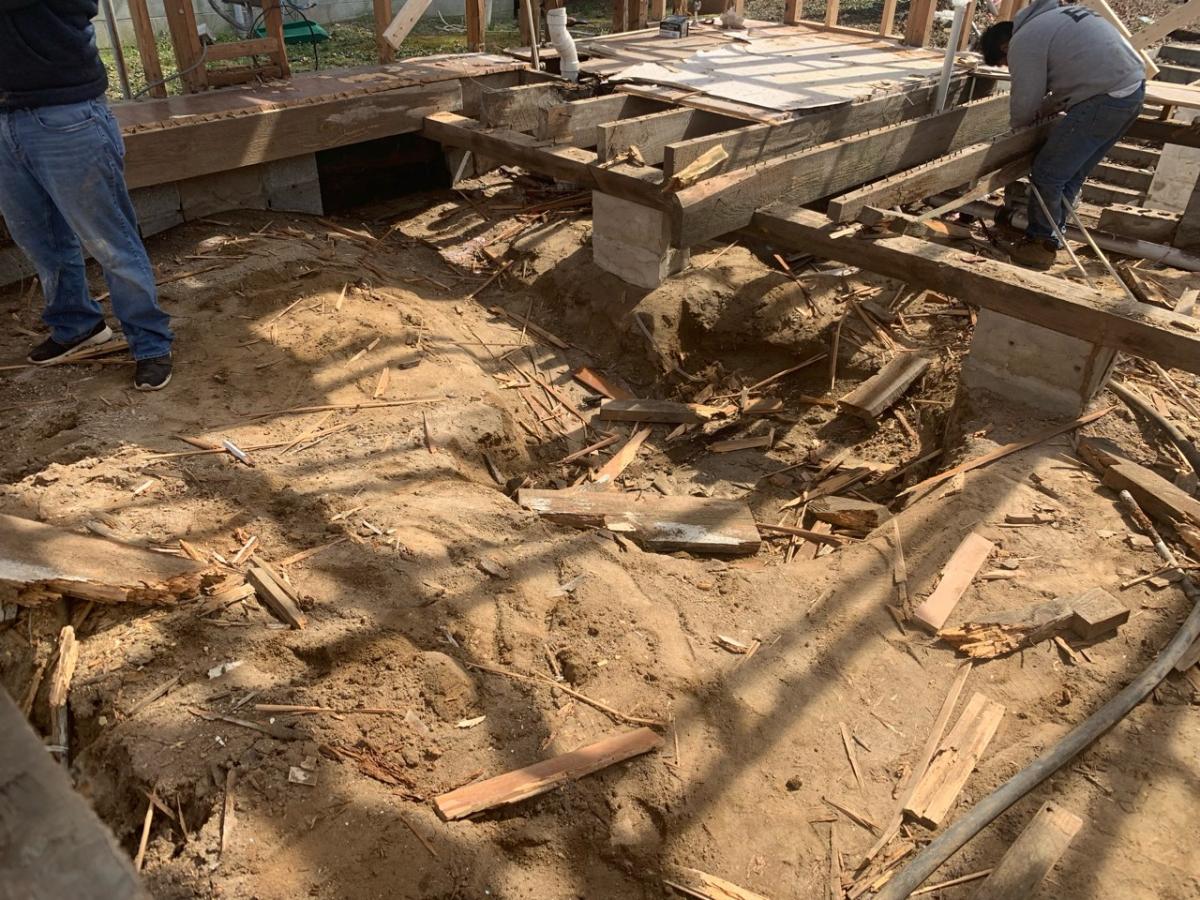 In addition to 12 block piers at the perimeter, three additional piers supported a center girder. None of the piers had been placed on a footing.

The pier supports were adequate for the original structure, which was small and light, but the current project had to meet updated construction standards. Razing the structure was not a realistic option because the current setback requirements would have been too limiting, and the variance process too risky and time consuming. As is often the case, leaving a part of the original structure in place makes it possible to undertake modifications within the normal permitting process, without the need for a variance.

The plan review process varies somewhat, depending on who’s doing the review and how they interpret the rules. “We took tons of pictures, and we consulted with the inspectors,” says Boardwalk Builders designer and estimator, Don Stewart. “What we’re doing is maintaining the structure and putting in a new foundation … Otherwise, there was a high likelihood that we couldn’t build what the clients were planning without getting variances.”

Once the foundation footing issue was discovered, it opened up other possibilities, which we’ll discuss in the next update.