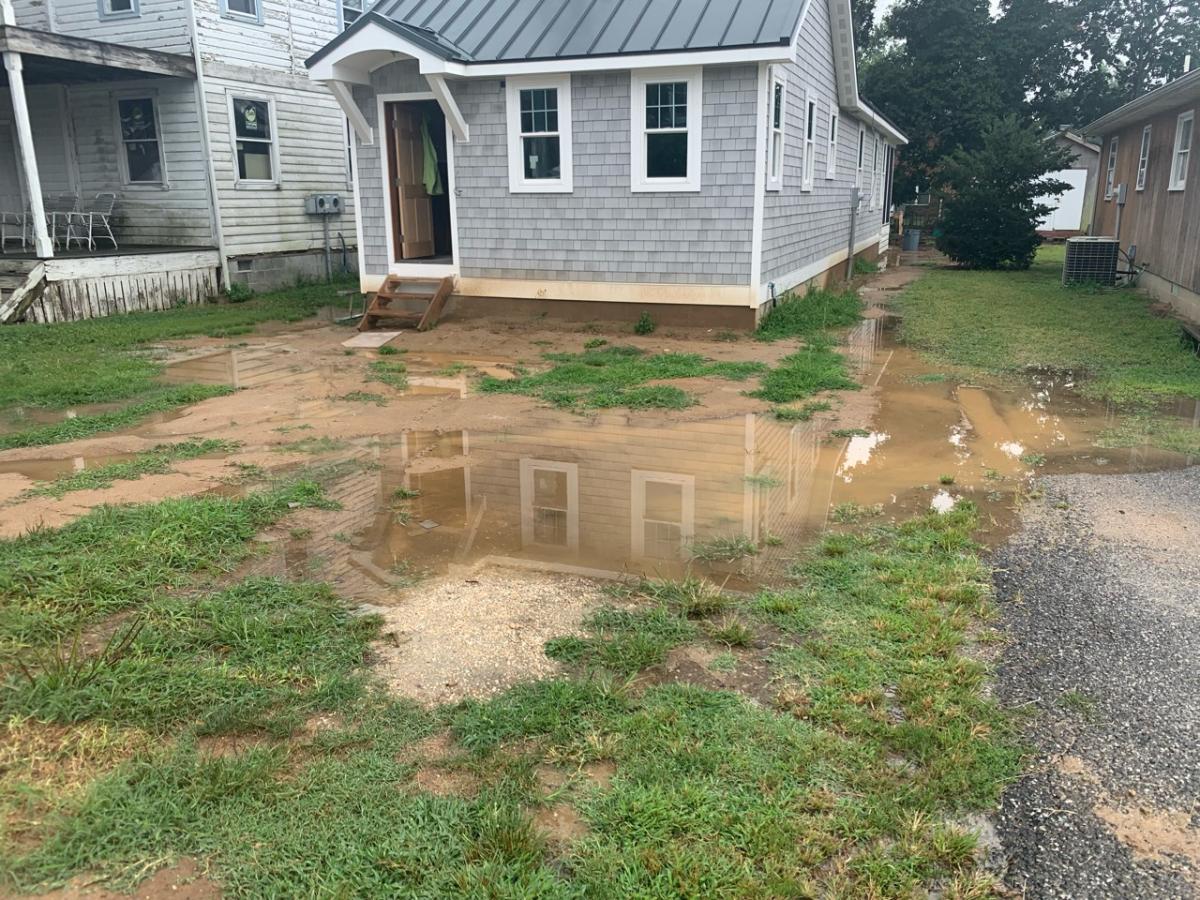 Drainage is a problem on the flat site, especially in areas that have recently been backfilled. Until final grading correct problems with negative grade, it’s a muddy mess after drenching storms, some of which have dropped several inches of rain in a matter of a few hours.

You would think that the “beach” in “Rehoboth Beach” would mean fast-draining, sandy soil. And for the most part you’d be right—except for neighborhoods, like the one in which Boardwalk Builders' Model Remodel East is located, that lie in proximity to the Lewes and Rehoboth Canal. According to a story on Delmarvanow.com, the canal, which connects the Broadkill River to Rehoboth Bay, was built by the U.S. Army Corps of Engineers to provide an inland waterway for commercial shipping. Ten years after its 1916 completion, however, it became obsolete for that purpose, losing out to truck and rail transport. Today, it’s primarily used by pleasure craft, and a water taxi between Lewes and Rehoboth.

All of which is to say that you’d be wrong about the sandy soil, because the canal was built along a swampy, low-lying route. The steam shovels used to dredge the 50-foot-wide, 6-foot-deep trench were set up on temporary rails alongside the excavation, and the spoil was piled up along the banks and spread out over the adjacent land. That, plus silt from occasional flooding, has created a layer of topsoil that doesn’t drain as well as the sand beneath it. “We dug down 2 feet before we found sand,” says project manager, Mike Eckert.

At the moment, the grade against the house is negative due to settling of the backfill. This will be corrected during final grading, which will ensure the soil slopes away from the foundation.

Meantime, some water made its way into the basement, although not all that much given the amount of rain. That, and the fact that the sump pump isn’t wired up yet. Between the grading and the sump, plus a heavy vapor barrier covering the crawlspaces and sealed to the walls, water in the basement shouldn’t be a problem. 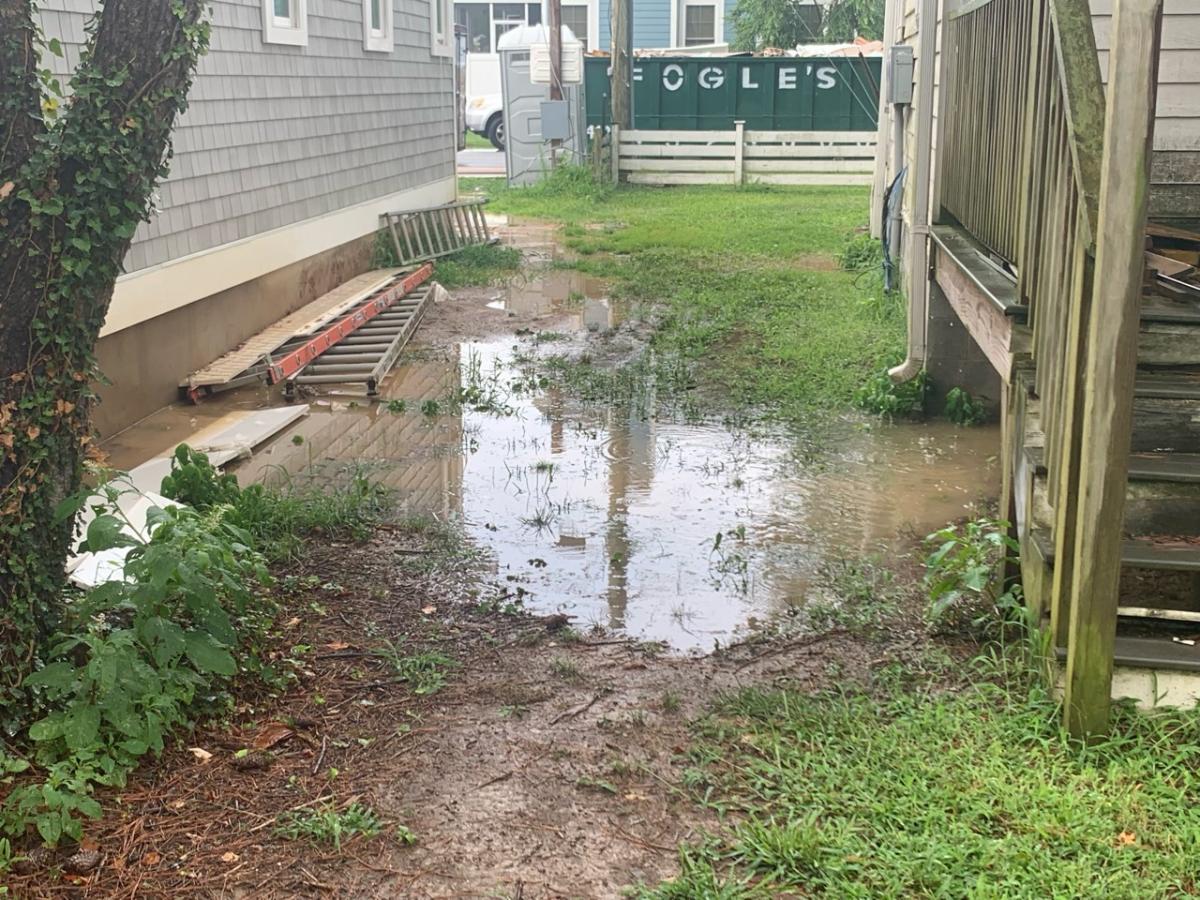 Settling backfill has created a negative slope at the perimeter of the house, a problem that will be solved during final grading. 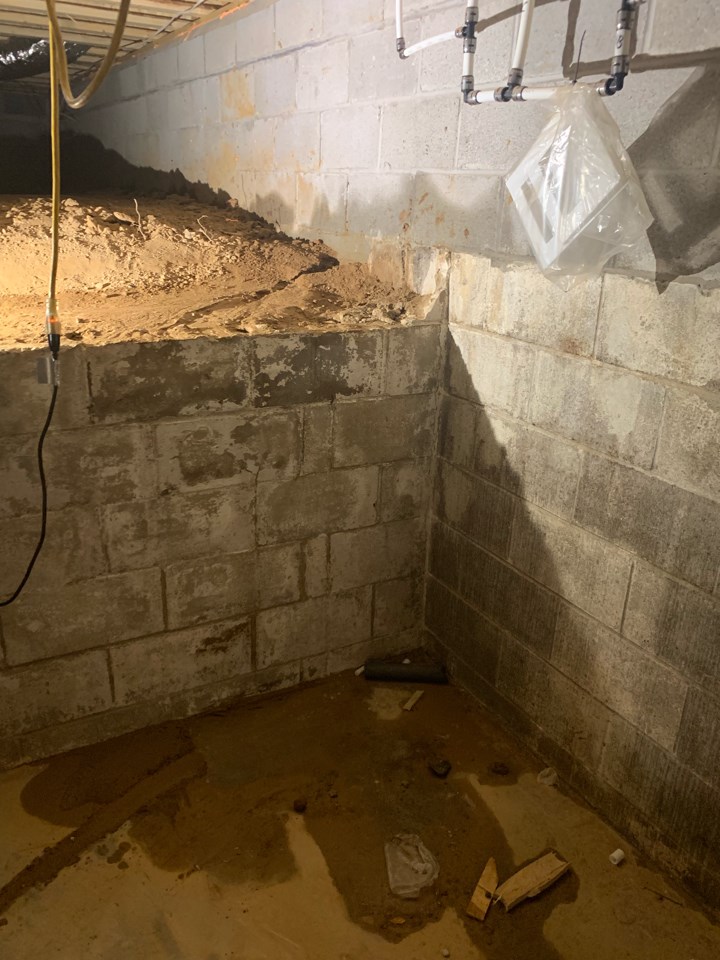 Despite heavy puddling outside, very little water made its way into the basement. A sump pump, plus sealed vapor barriers in the crawlspaces, should prevent moisture problems once the house is occupied.