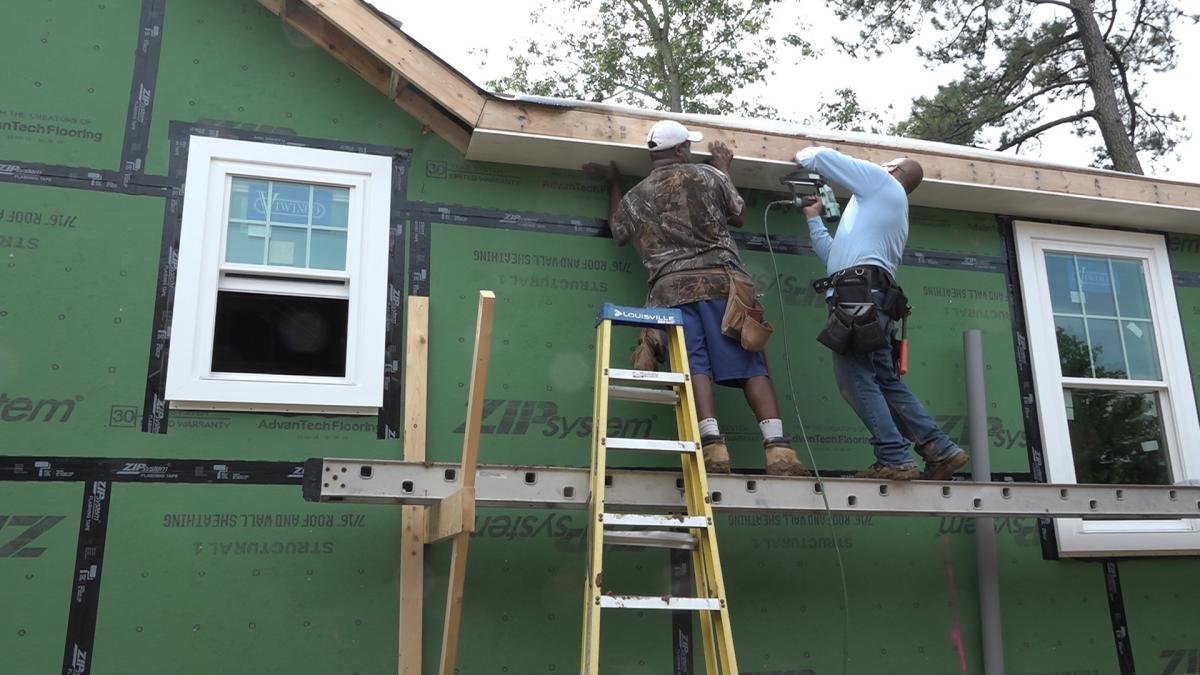 Carpenters fasten a section of Versatex’s Vented Soffit on the south side of the addition.

In keeping with the client’s goal to use low-maintenance exterior materials, all of the exterior trim is Versatex PVC, including cornerboards, skirtboard, column wraps, and eaves trim. The soffit and fascia are part of the company’s three-component Vented PVC Soffit System, which includes: a ½-inch-thick vented soffit in widths of 12-, 16-, and 24-inches; a notched 1x8 fascia board; and a 5/4x6 frieze board. All components are available in standard 18-foot lengths.

The PVC soffit is installed first. It has a repeating slotted vent pattern [1], which Versatex says is the only one of its kind. The company also manufactures solid soffit, but the vented system is designed to save labor by combining soffit and venting in a single piece that provides 10 inches of free airspace per linear foot. Part of the savings comes from the way the slots are cut to prevent infiltration by nesting insects, which makes the work of adding screening optional. 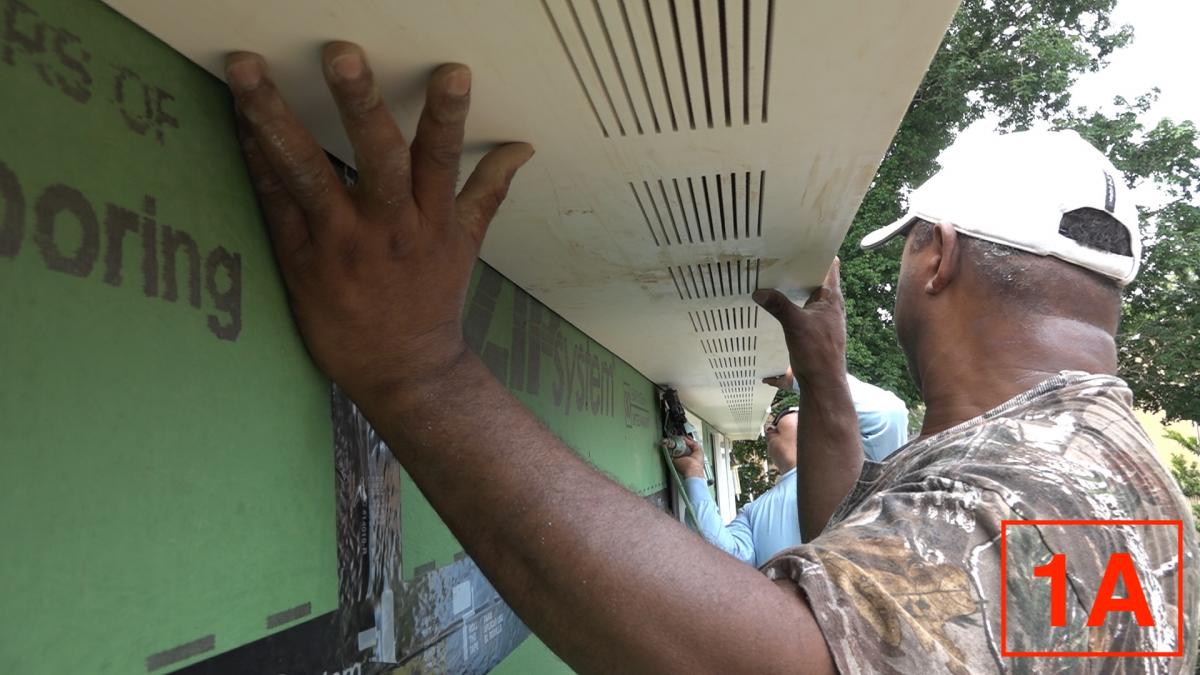 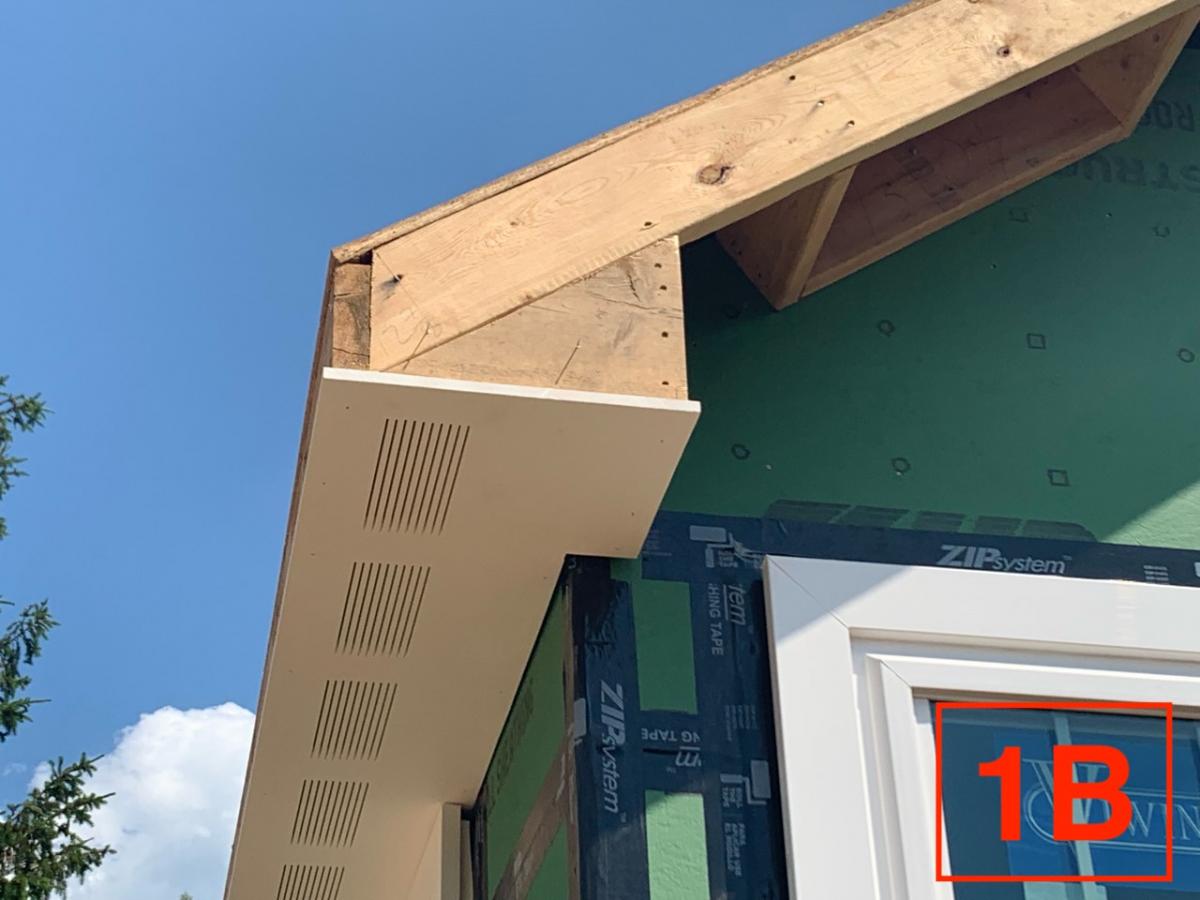 Installing long sections of PVC sofft is two-man work [1A]. But combining soffit and venting in one piece ultimately saves time, partly because the precut slots in Versatex’s vented soffit not only look good, they prevent infiltration by nesting insects, so no screening is needed. The 16-inch-wide vented soffit also made for clean details at the gable returns [1B].

With the soffit nailed in place, the Notched Fascia board was pressed into place, and fastened with trim screws. (The frieze board was not used on this project because of the placement of the windows.) “The groove in the fascia really locks in,” says project manager, Mike Eckert. “We did a full backing on the soffit, so it had 2x4 nailers, but once you get it locked into the fascia, it’s very strong.” 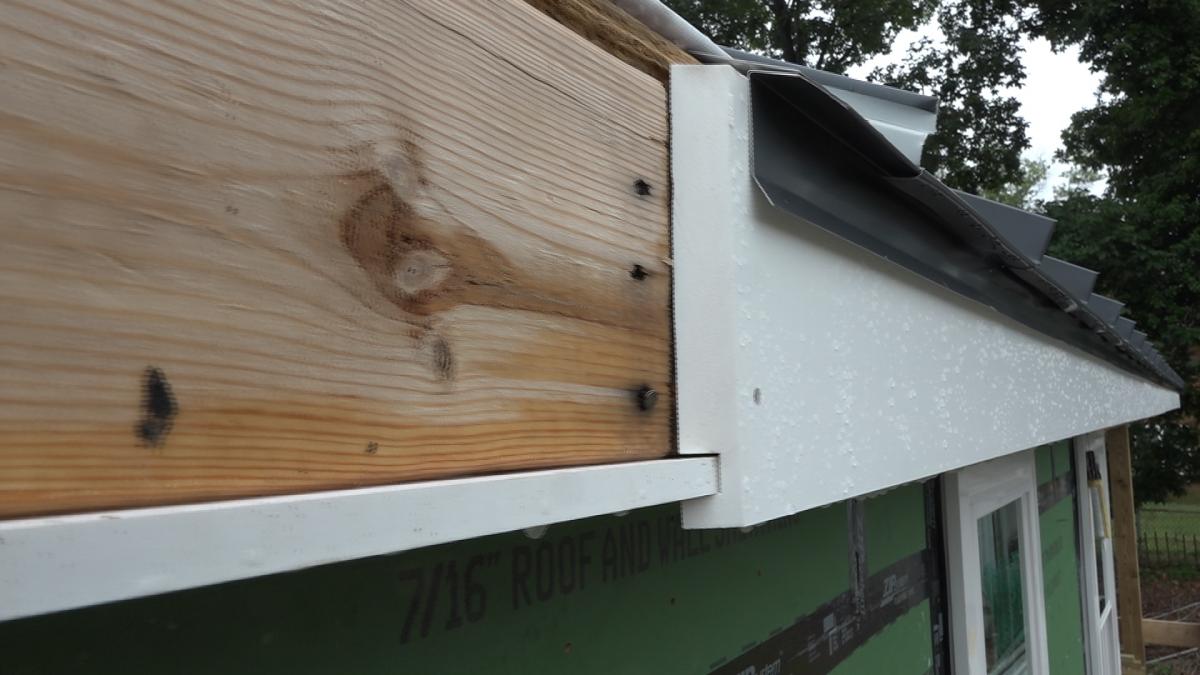