As luck would have it, just after the subfloor was laid and wall framing got underway, the area was hit with more than a week of rain 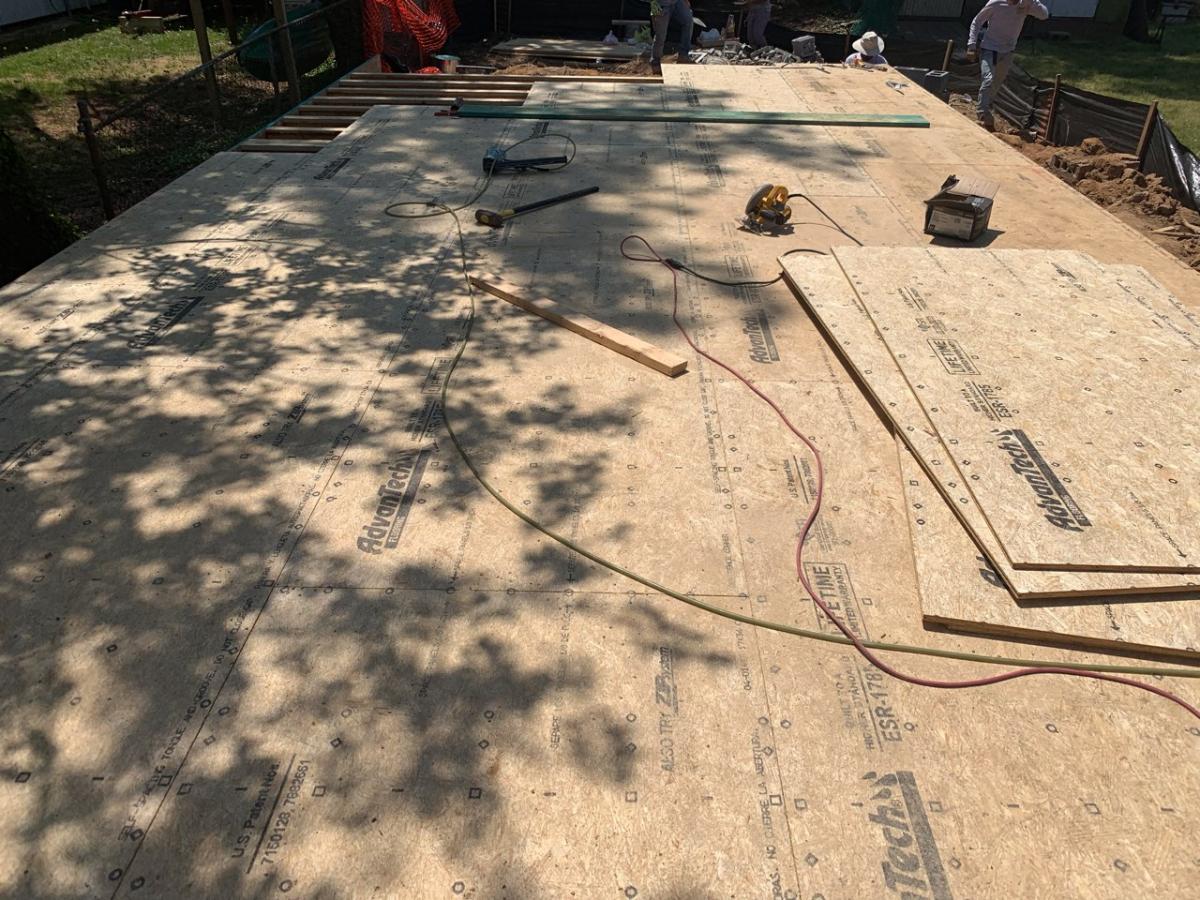 “I’m a fan of AdvanTech because it performs,” says Boardwalk Builders' designer-estimator, Don Stewart. “It does better when exposed to weather during a long build, resulting in fewer floor squeaks or sponginess down the road. Hardwood and other flooring do much better over it, too.” 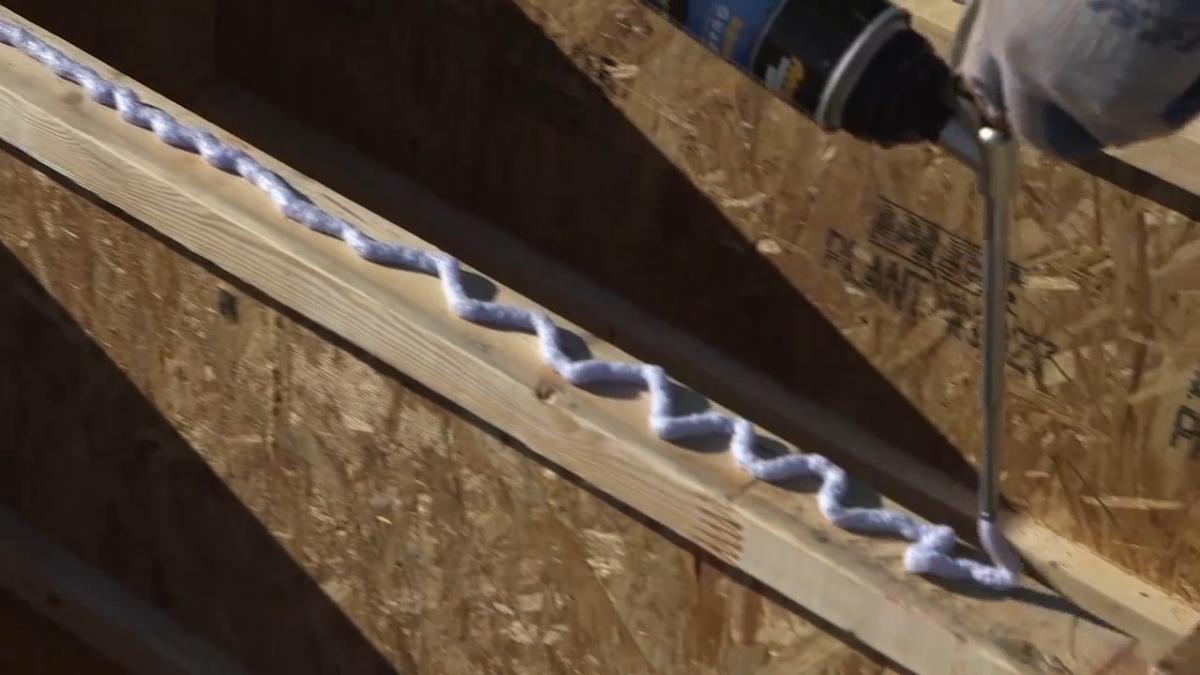 AdvanTech Subfloor Adhesive, a spray-gun applied foam that moisture-cures into a polyurethane gel adhesive, can be applied onto wet or frozen wood and at temperatures between 20°F and 105°F.

AdvanTech’s reputation for moisture resistance was put to the test shortly after wall framing began, when the area experienced a long period of rain. With wall plates acting as dams, water quickly accumulated on the subfloor. With only brief dry spells between near-constant rain, the subfloor was wet for almost 10 days. But once it dried out, it showed no signs of sponginess or swelling at seams. 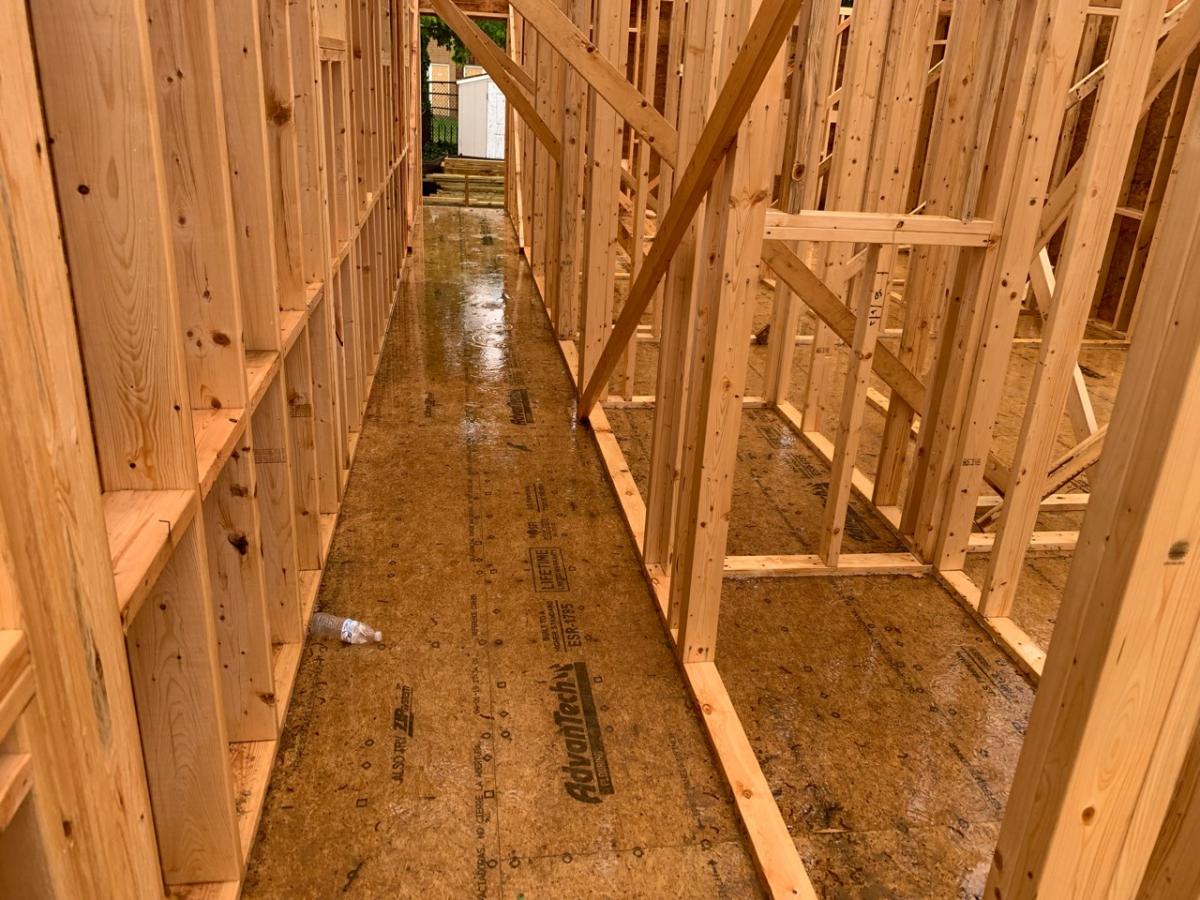 The AdvanTech subfloor survived nearly 10 days of rain without any sign of sponginess or swelling at seams.
Region:
East Coast