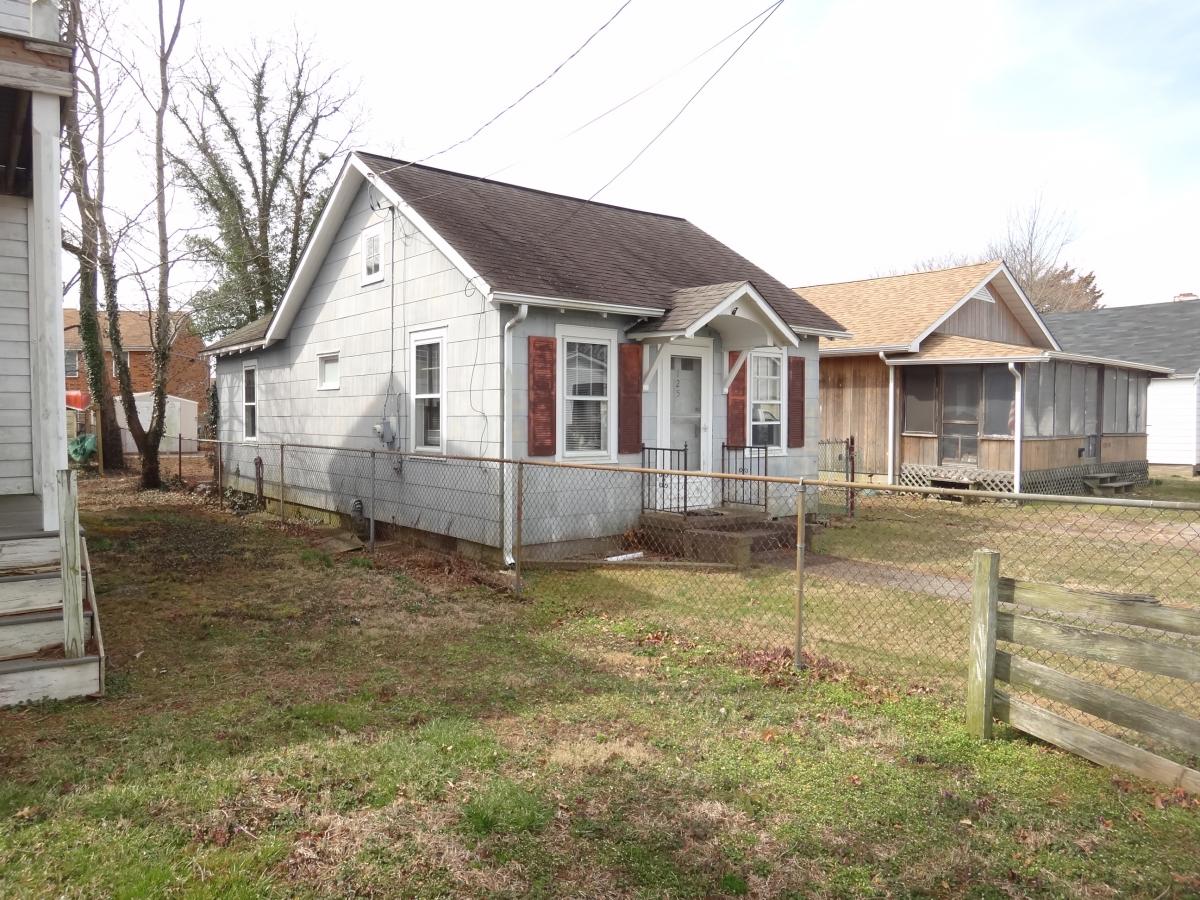 The owners of the cottage are husband and wife who plan to retire to Rehoboth Beach. The cottage has been in the wife’s family for many years, and she grew up spending time there during the summer. The couple now wants to downsize, and remodeling the cottage meets several of their goals, which include a one-level, accessible floor plan; a guest room for visitors; improved energy efficiency; and low-maintenance materials. 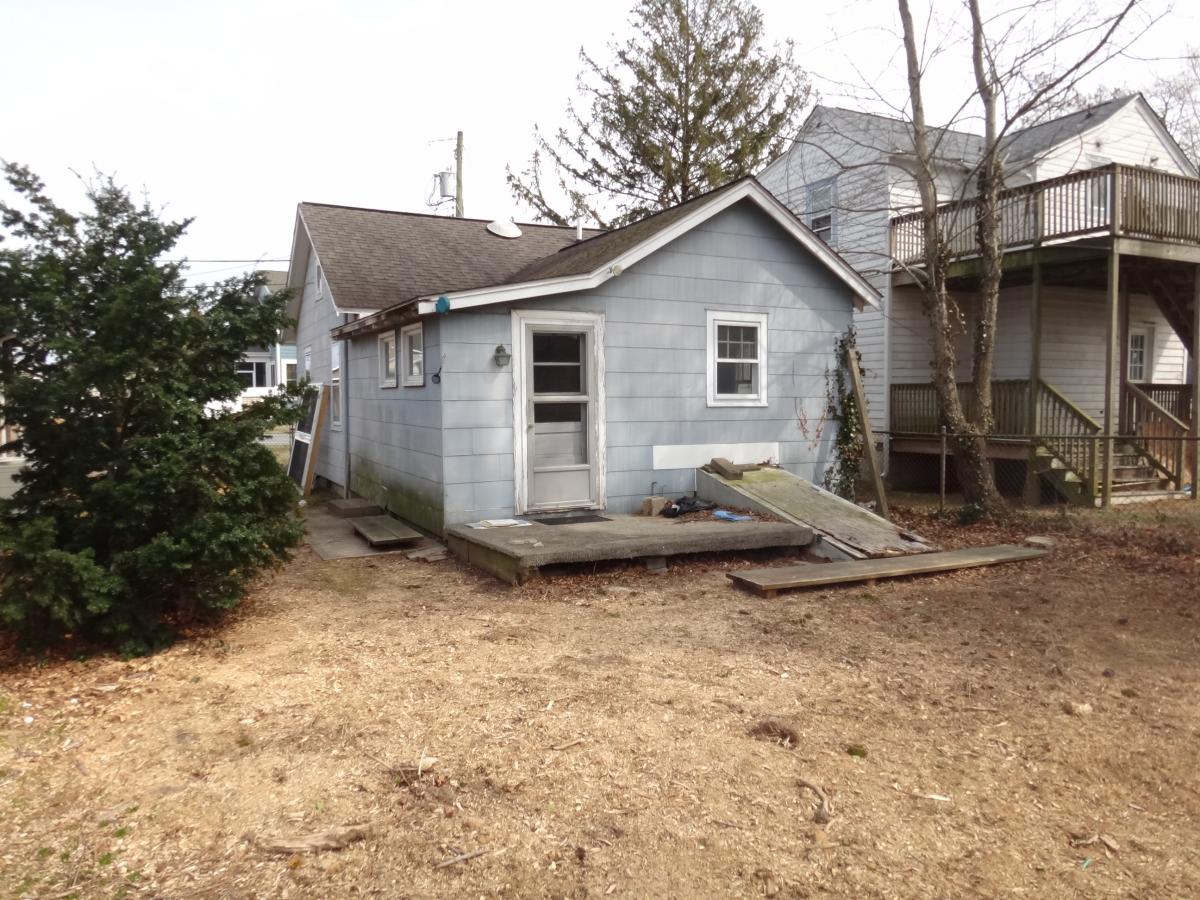 Accessibility is especially important because the couple's nephew, who will eventually inherit the cottage, was injured in an accident and uses a wheelchair.

Boardwalk Builders met the owners when they accompanied a past client to the company’s customer appreciation barbecue. Held at the company office in late July, the annual get-together has been an annual highlight for more than a decade. Serving as a way to maintain contact with past customers—recent events attracted 100 to 150 people—it’s also a way to make new connections, as was the case with the owners of the Model ReModel East house.

The plan is to expand the cottage to almost double its current size, from about 635 square feet to about 1,190 square feet (including a 194-square-foot screened porch). The foundation and the frame of the original front section of the house will be preserved; the walls and roof of the rear addition and porch will be demolished to make room for the new addition, which will be built partly on the existing foundation and partly on a new masonry block foundation. 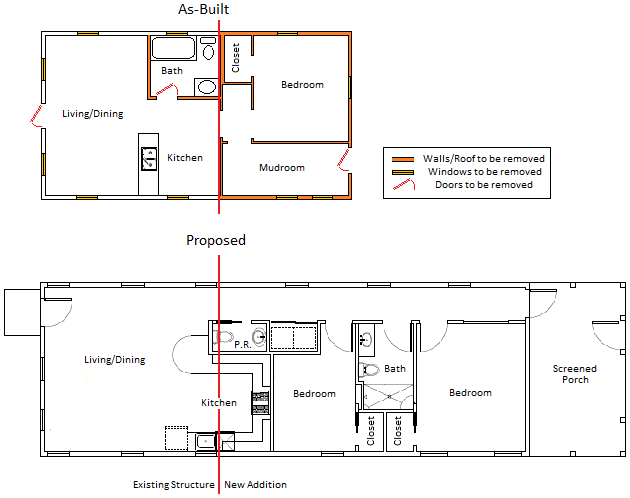 Seen from the rear, the roofline reveals the outline of an existing bedroom addition that will be removed to make room for the expansion. The shed roof was originally a porch that was enclosed to create a mudroom entry. The bulkhead leads to a full basement that will be preserved.

All interior partitions in the existing house will be removed (“As-Built”), as will the exterior walls and roof of the rear bedroom and mudroom. The new addition (“Proposed”) will be built partly on the existing foundation and partly on a new block-wall foundation at the rear.