Remodeling wouldn’t be any fun if everything went as planned. In this case, discoveries made during demolition required a complete rethinking of how the foundation would be treated. 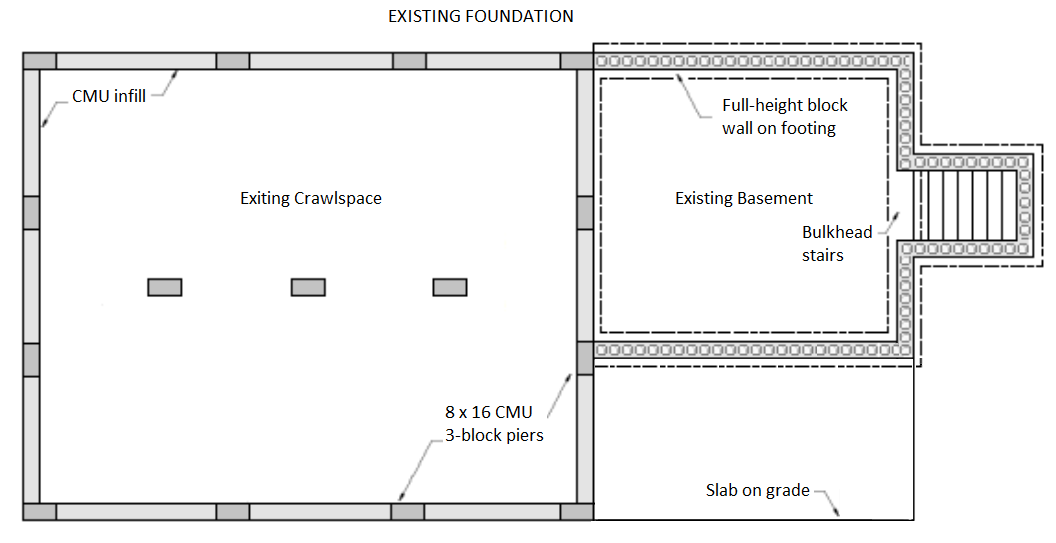 The original beach cottage (left side of illustration) was built on cinder block piers instead of a continuous frost wall. CMU infill was added later with the addition of a full block foundation and a slab-on-grade porch at the rear.

The original crawlspace appeared to be three blocks high, with one block showing above grade. A closer look revealed, however, that the original 18x20-foot rectangular beach cottage was built on block piers, and the CMU infill was added later, probably when the addition was built in the 1960s. Clearly distinguished by their split-face cap blocks (pictured below), the piers are three blocks high and located at the corners, and at the approximate third points along all sides. Another set of piers ran down the middle under a structural beam that supported the floor framing. 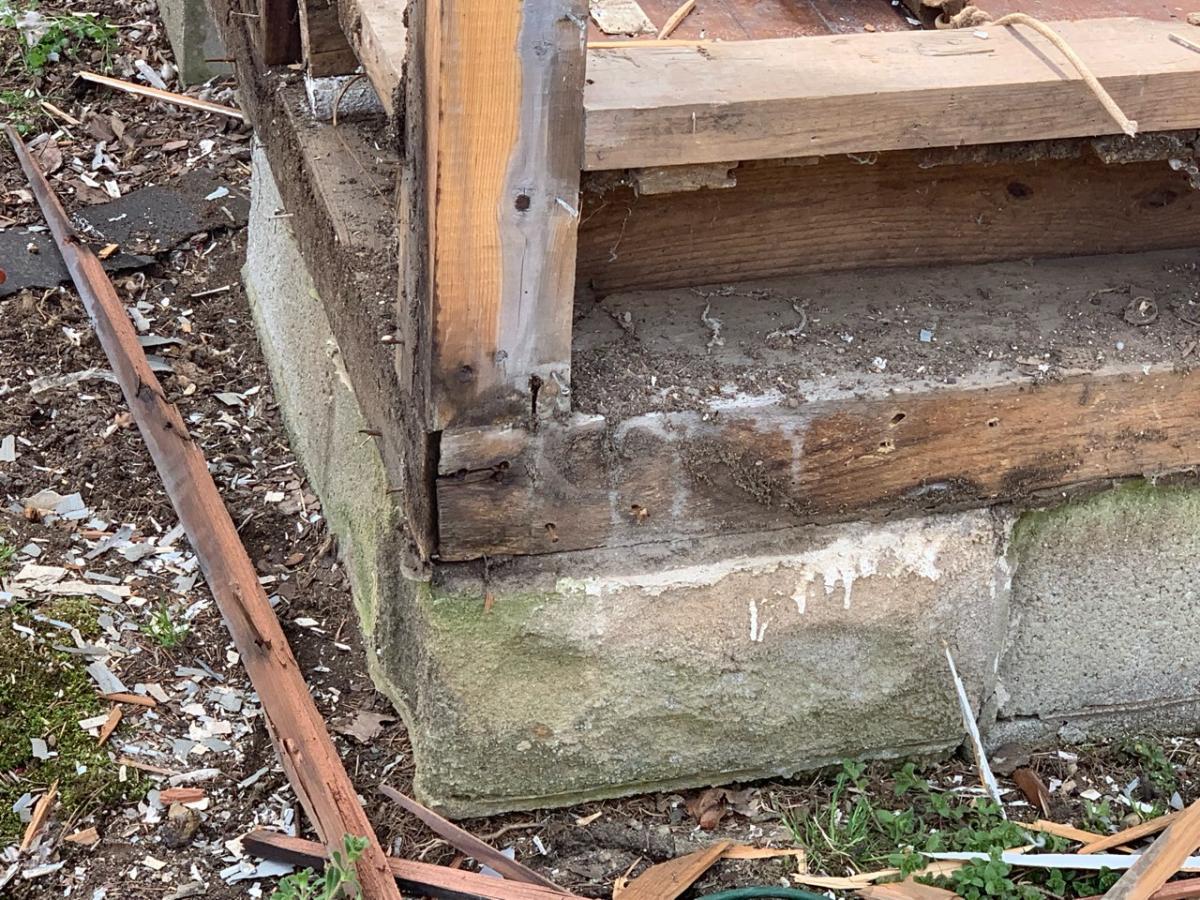 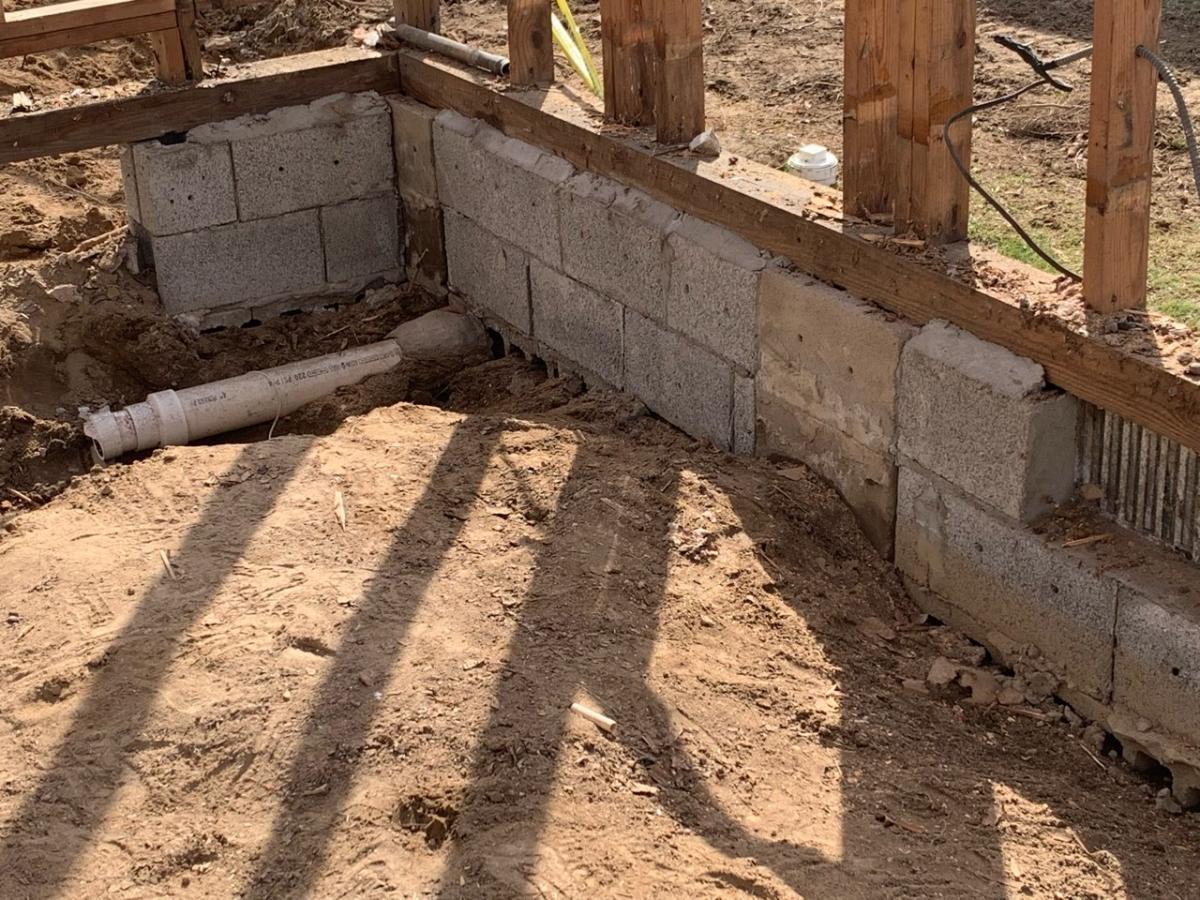 A split-faced block (left) caps each of the three-block piers used to support the sills and center beam of the original beach cottage. Years later when the addition was built, CMU infill was added between corner and intermediate piers (right).

None of the CMUs was set on a footing. Instead, the lowest course of block was set with the cores along the sides, which put the closed end down against the sand, presumably for better bearing. Successive courses were laid in the standard cores-up pattern. Infill courses were cut to fit and mortared to the existing piers. 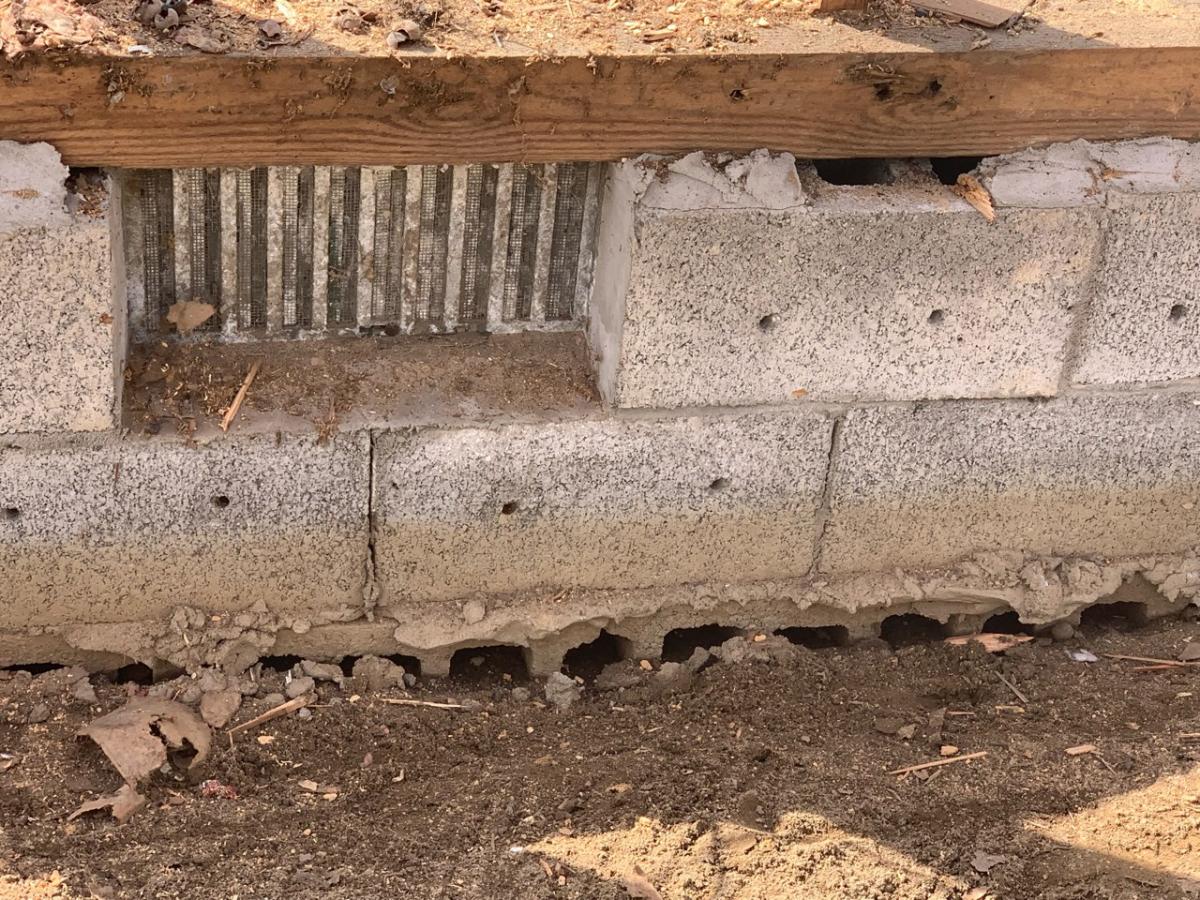 Neither the original piers nor the added infill blocks were supported on a footing. Instead, the bottom block was set with the cores along the sides, presumably for better bearing.

The system held up fairly well over the years, most likely because the sand drains well, and the original structure was so small and relatively light. Boardwalk Builders’ owner, Patty McDaniel calls it “the rule of small structures: You can do almost anything, and it won't fall down."

Today, of course, code would not permit block to be laid directly on sand. I sense a change order coming on.