A Matter of Leverage 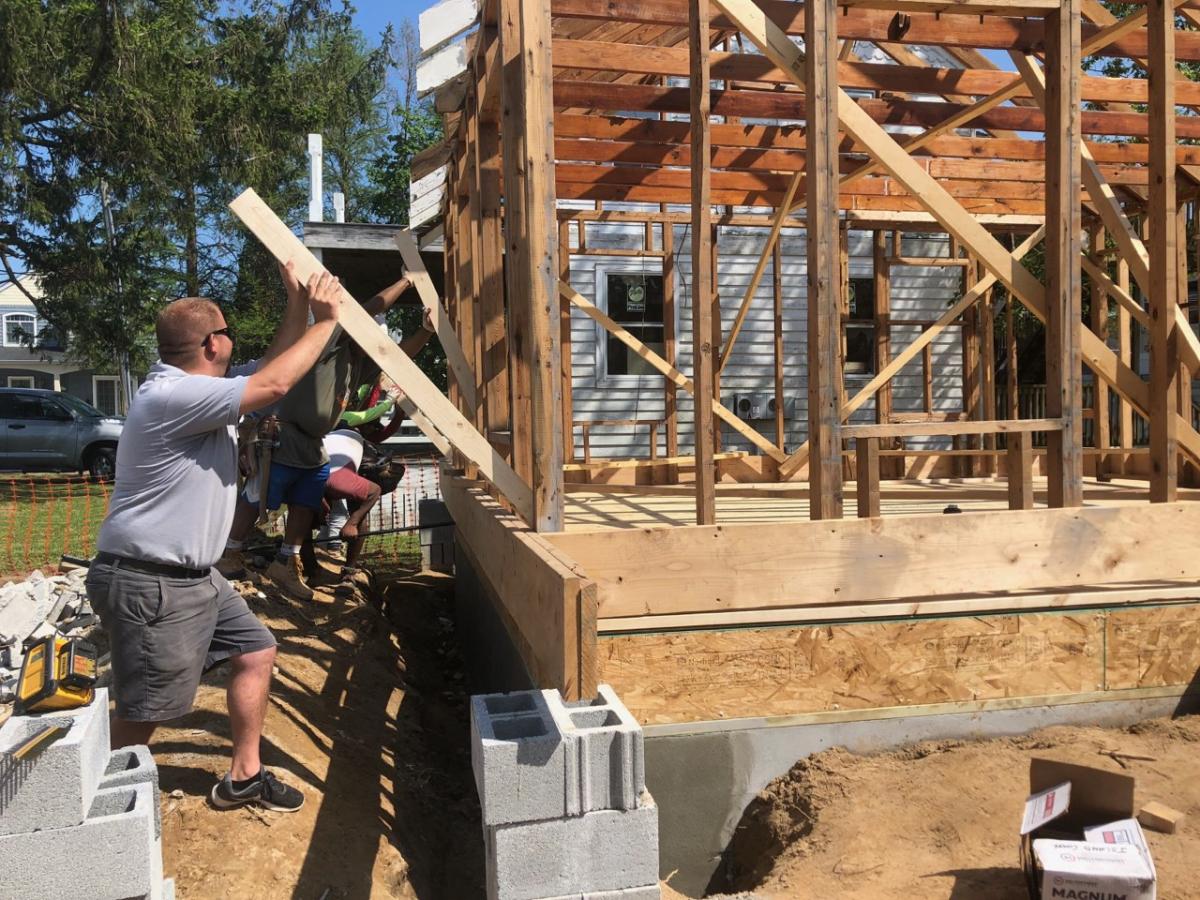 Project manager Mike Eckert and the framing crew use 2x4 levers to nudge the existing frame into position over the new deck.

Before framing could start on the addition, the existing frame, which had been up in the air for the better part of two weeks, had to be lowered onto the new deck. With the frame still supported on piers, the crew used circular and reciprocating saws to cut the bottoms off the existing studs to match the height of the addition walls, then laid new sole plates at the perimeter. 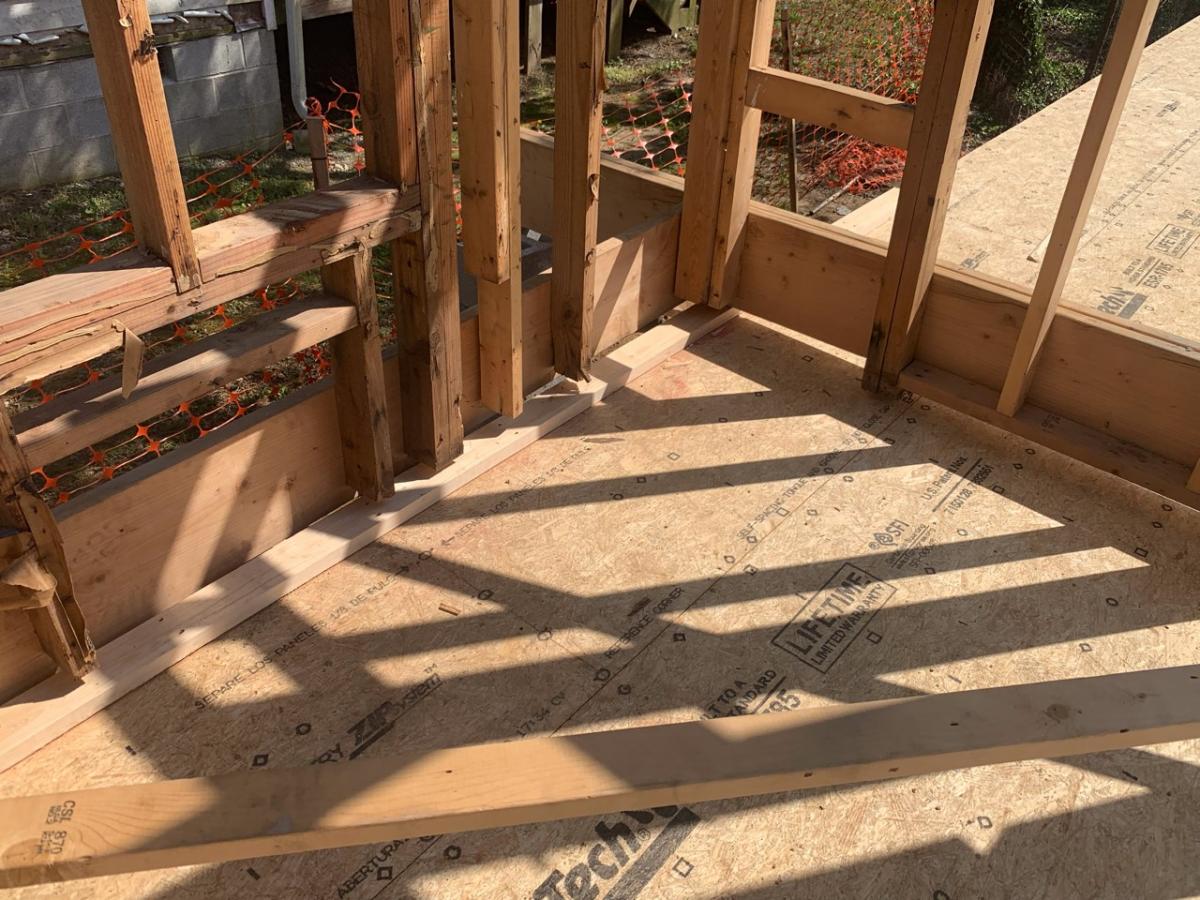 After cutting of the bottoms of existing studs to match the new wall height, new plates were laid at the perimeter.

The frame was light enough to lower manually—it had been stripped to bare studs and rafters, and six framers were available on site to provide the muscle. The plan was to lower it onto the new sidewall plates, then slide it back into final position. To take the weight off the piers, the crew slipped a long lever (three 2x4s nailed together on end) under the 2x12 girdle near the center of the back walls. After removing the top two blocks from the piers on the south side, that side of the frame tottered down onto the new plates. Using 8-foot 2x4s as levers, the crew raised the north side of the back wall high enough to remove the long lever, then lower the wall into the new plates. 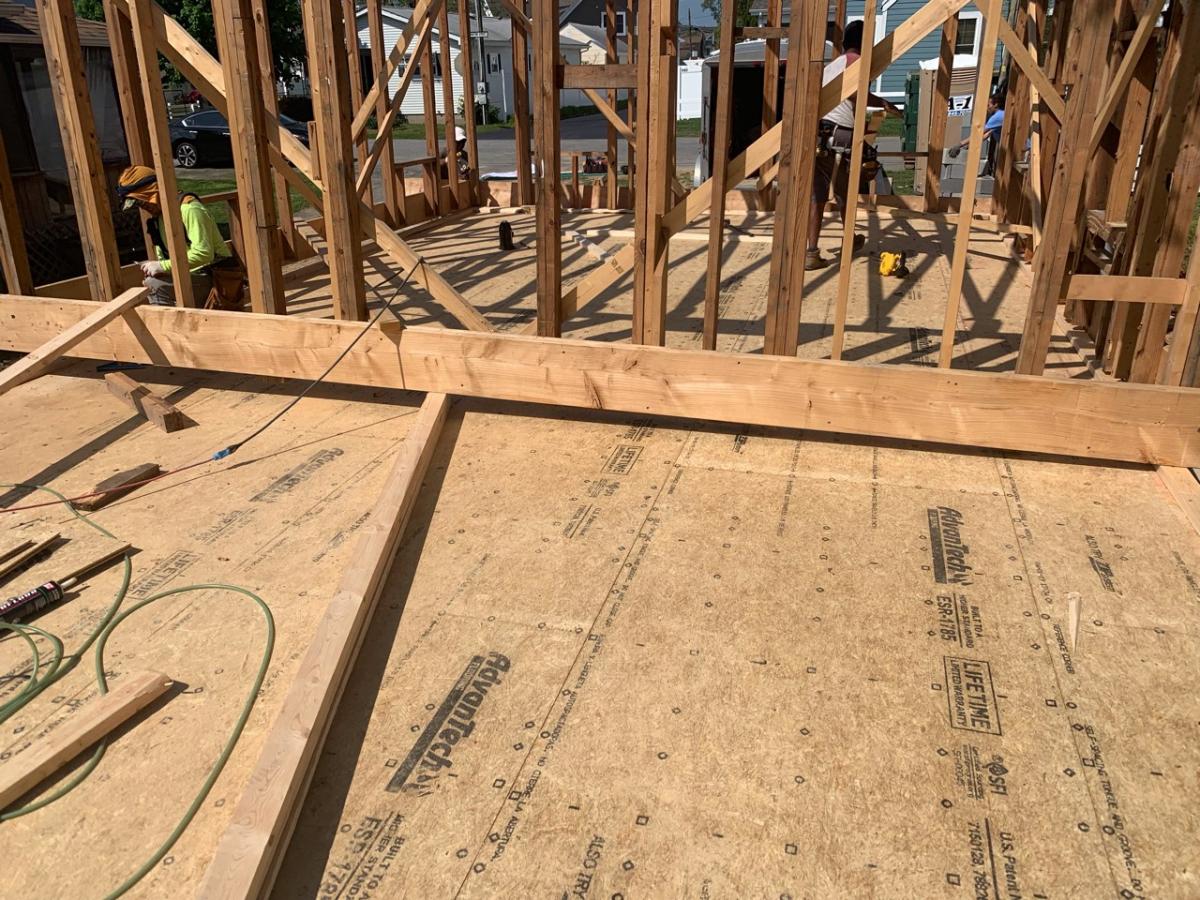 The framing crew used a series of long levers to take the weight of the support piers, then lower the frame onto new wall pates.

After using levers in a similar way to lower the front wall, both sidewalls were sitting on new plates, but the entire frame was now overhanging the foundation by about 8 inches on the street side. Once again, the crew again used 2x4 levers to move it back into its final position (see photo at top of article). After the crew had fine tuned plumb and square, Boardwalk Builders project manager Mike Eckert gave them the thumbs up to remove the girdles, and called it a day. 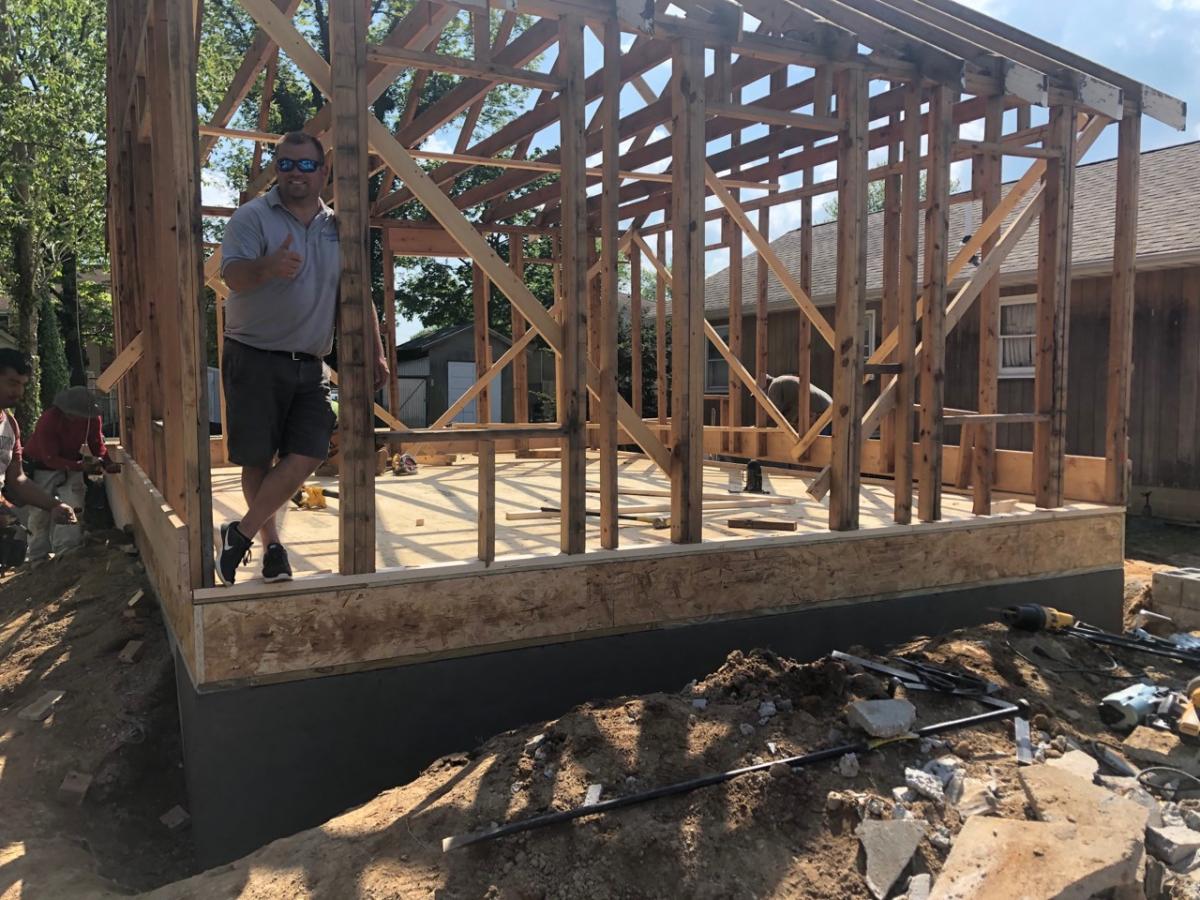 After plumbing, squaring, and rebracing the existing frame on the new deck, the framing crew removes the temporary support girdle. Project manager Mike Eckert gives a thumbs up on the day’s work, happy to finally have the building back down on the foundation after almost two weeks in the air.