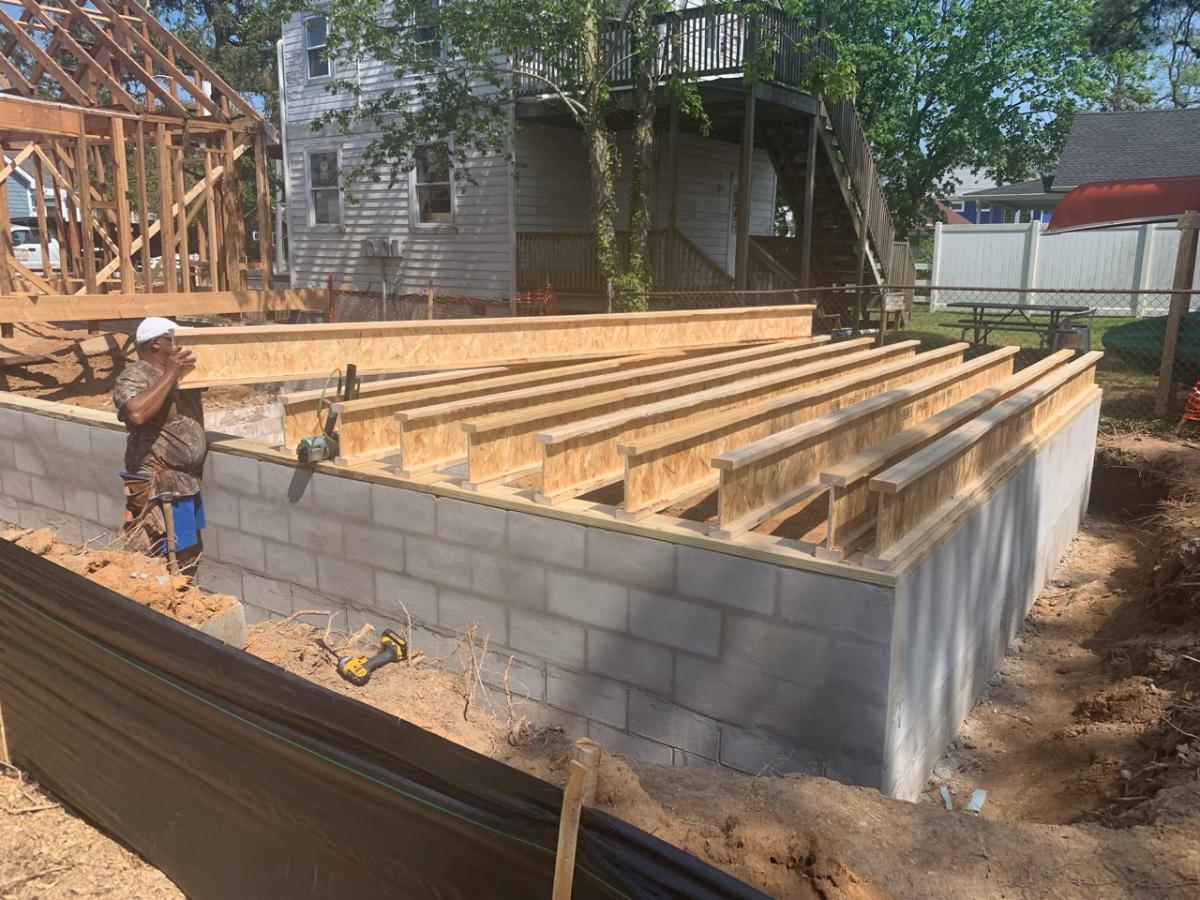 Floor joists were laid out from the front of the house, but installed beginning at the back. Twenty-foot-long I-joists were cut to length on the stack out front, then carried around the side of the house.

Anticipating the lack of storage space at Boardwalk Builders Rehoboth Beach project, project manager Mike Eckert had arranged a delivery schedule with his suppliers that would limit the amount of material stored on site to a two-or three-day’s supply. When the time came to begin floor framing, the delivery package included PT 2x6 sills, sill sealer, a bundle of 20-foot-long I-joists, a bundle of OSB rim board, and a pallet of AdvanTech subflooring. 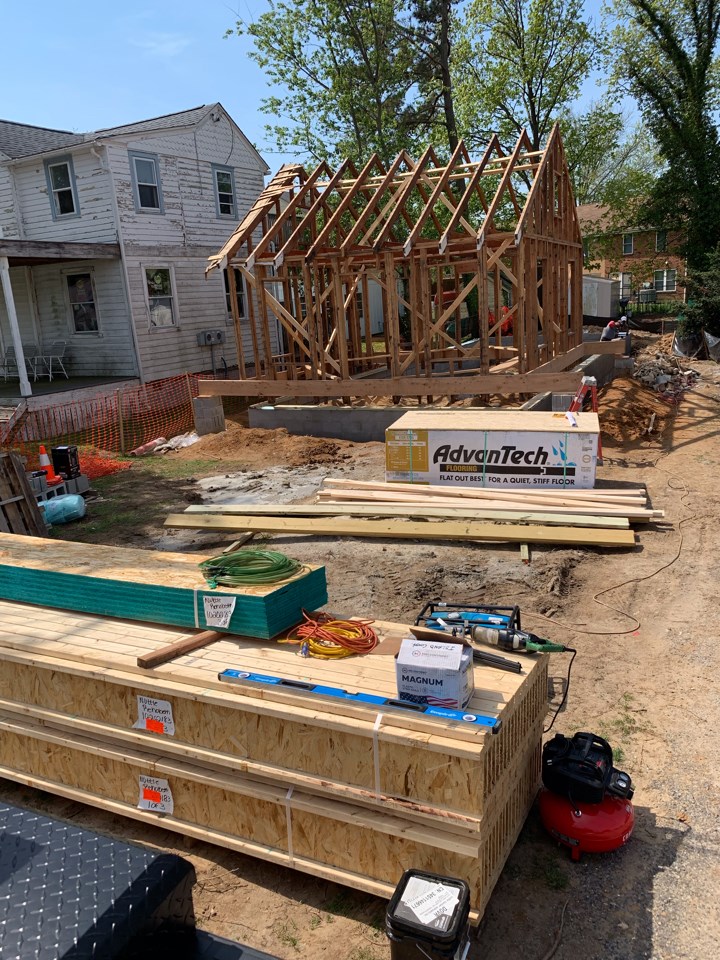 Due to limited on-site storage space, a series of material packages were designed to contain materials that could be incorporated into the structure within two or three days of delivery.

As mentioned earlier, the decision to add a fifth course of block to the foundation meant that the existing frame still had to be raised an additional 8 inches before the I-joists could be slipped underneath. Also, the excavation crew still had to remove some fill from the crawlspace and level the interior grade. 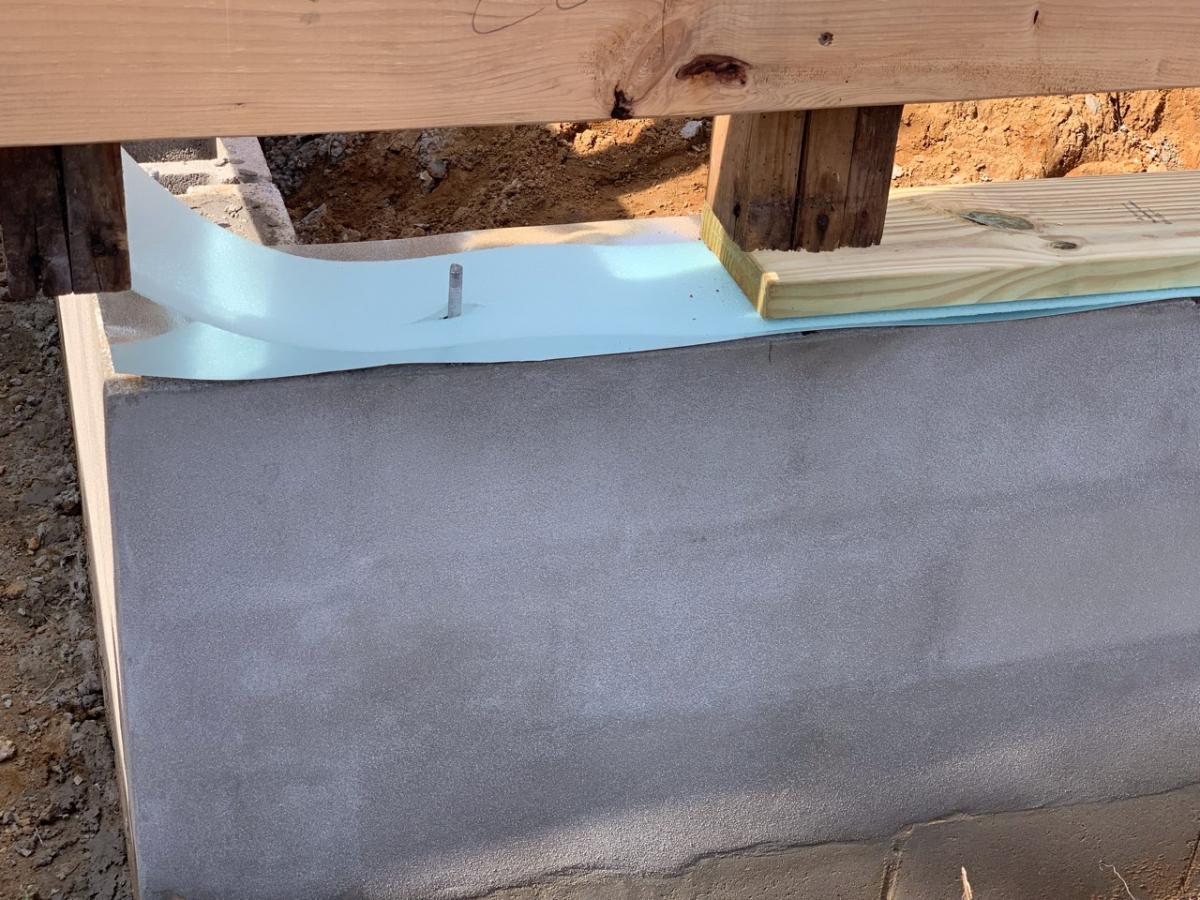 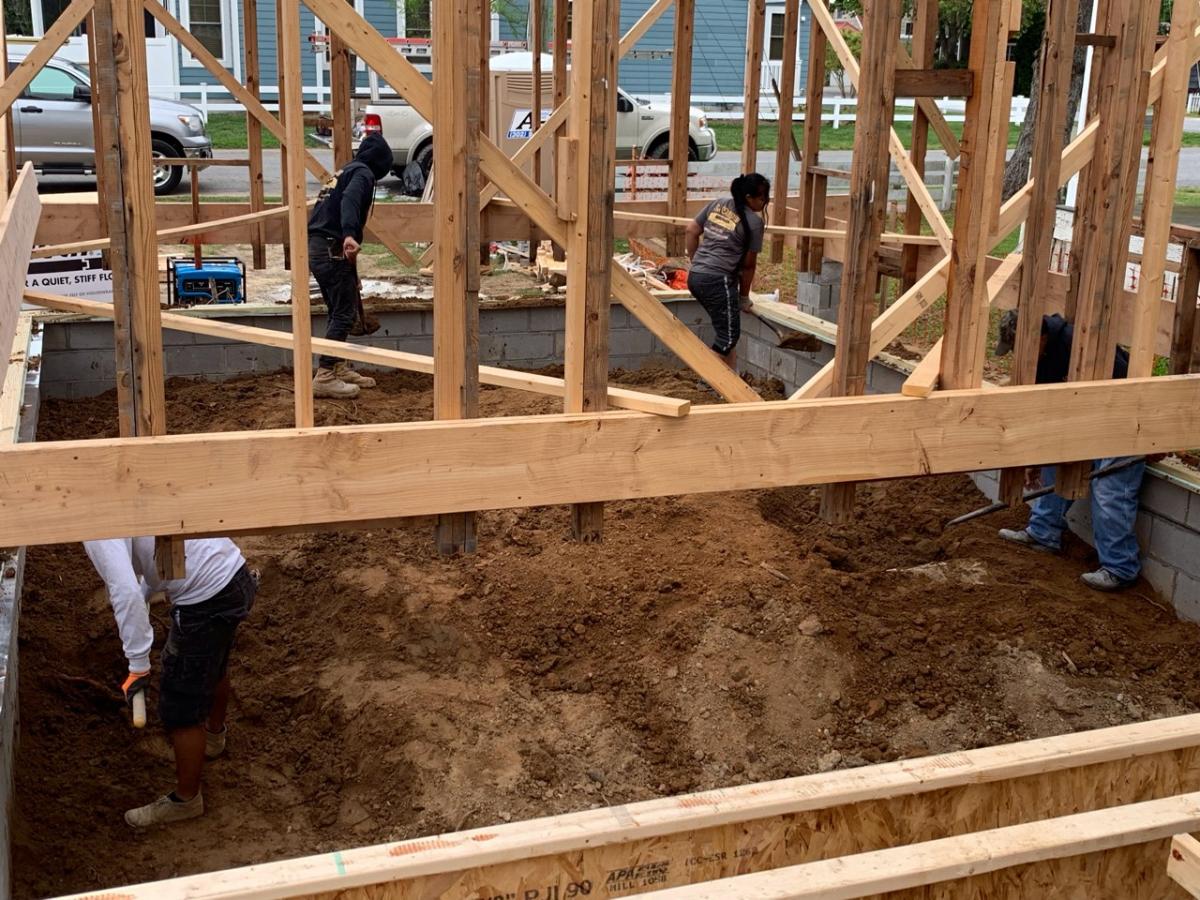 The decision to add a fifth course of block to the foundation required lifting the existing frame and additional 8 inches (left). Once the sills were in place, the crew used a car jack to raise the frame. The bottoms of the partially decayed wall studs would be cut to uniform length just before the building was lowered onto the new deck. While joists were being installed on the addition, the excavation crew finished digging out and leveling up the floor of the crawlspace (right).

While that work was being done, the framing crew began work on the mudsills, then marked the joist layout beginning at the front and working toward the back. Then, because work was still underway under the existing frame at the front, they began installing joists at the back. Under the circumstances, the most efficient process was to cut the joists to length on the stack in front of the house, carry them around to the back, and nail them in place (main photo at top of article).

After installing the rim joist on the north side of the addition, the framing crew cut the joists for the front of the house and stacked them on top of the in-place joists to make more room for storage out front. 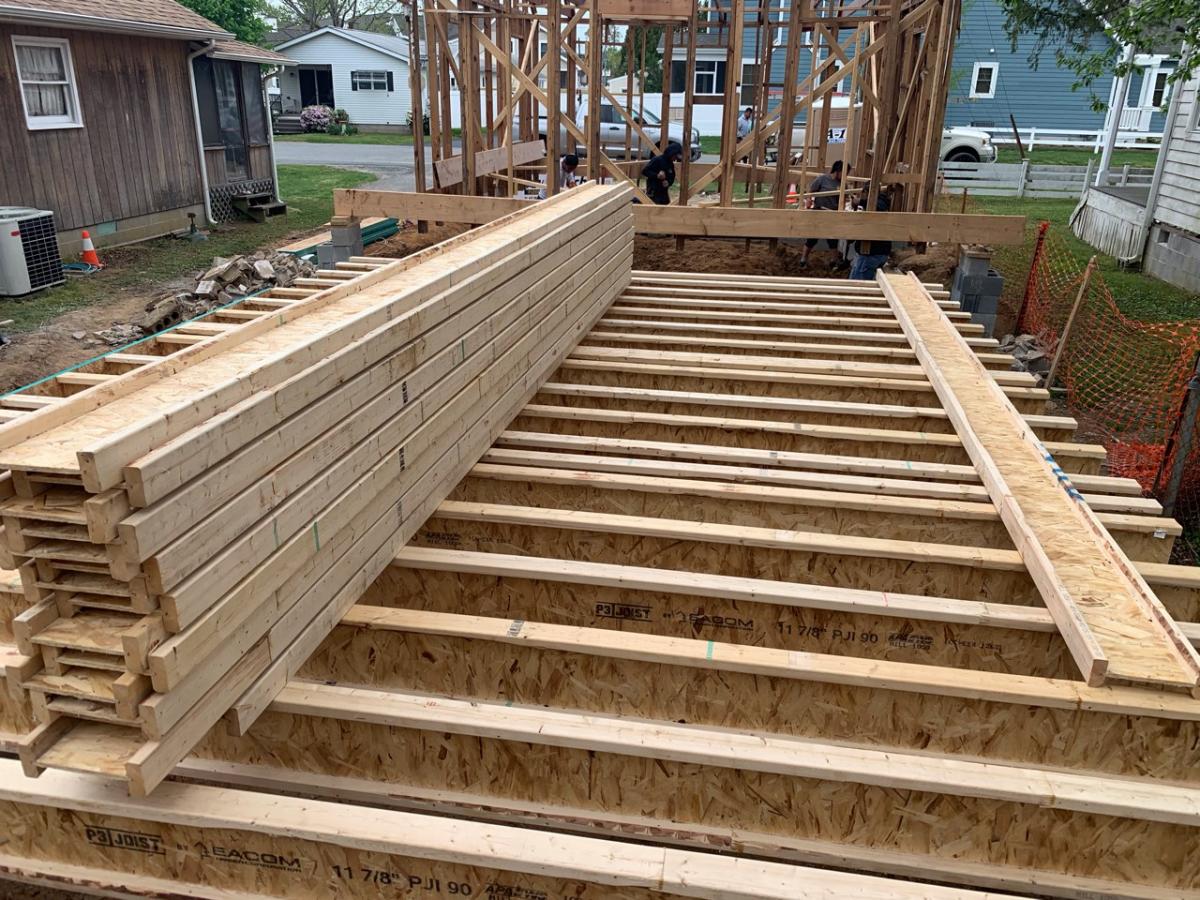 While waiting for work under the existing frame to be completed, I-joists for the existing section of the house were cut to length and stacked on the completed addition floor system to make room for more storage out front.

Then, as they got ready to start laying the AdvanTech subfloor, they made a discovery we’ll discuss in our next post.