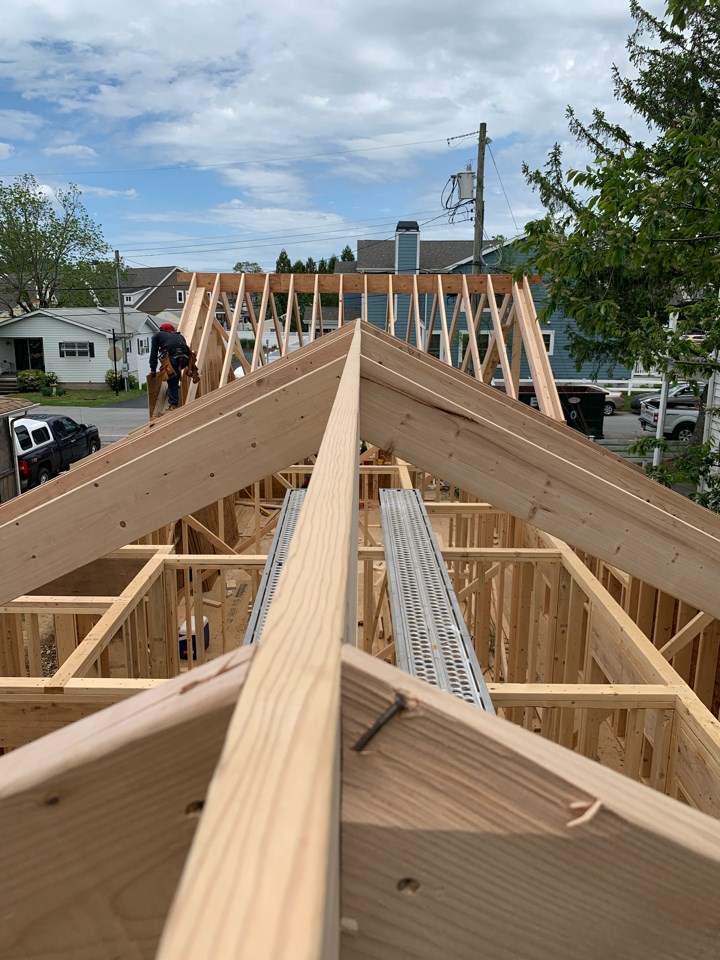 The view from the ridge of the addition. The staging planks span the tops of interior partitions that were framed to exterior wall height. After collar ties were installed, pony walls were added to extend wall height to meet the vaulted ceiling.

In previous posts, we’ve mentioned a roof framing change order. The original plan was to preserve the existing 2x6 rafters in the front section of the house, but sister up 2x10s to boost load-bearing capacity and provide more room for insulation. But repeated wetting and drying of the exposed rafters during an unusually wet spring exaggerated the bowing and twisting that was already present in the rafters, causing Boardwalk Builders to rethink that approach.

The solution was to remove the existing rafters and reframe the roof with new lumber. In addition to adding to the scope of work, reframing the roof wasn’t part of the original permit, which required preserving a portion of the existing building to qualify as a remodel. In the end, the change to reframe at the original 8/12 pitch was approved by the clients and the building department. The demolition and reframing went quickly: “We removed it all in 30 minutes,” says project manager, Mike Eckert, “and reframed it in one day.” 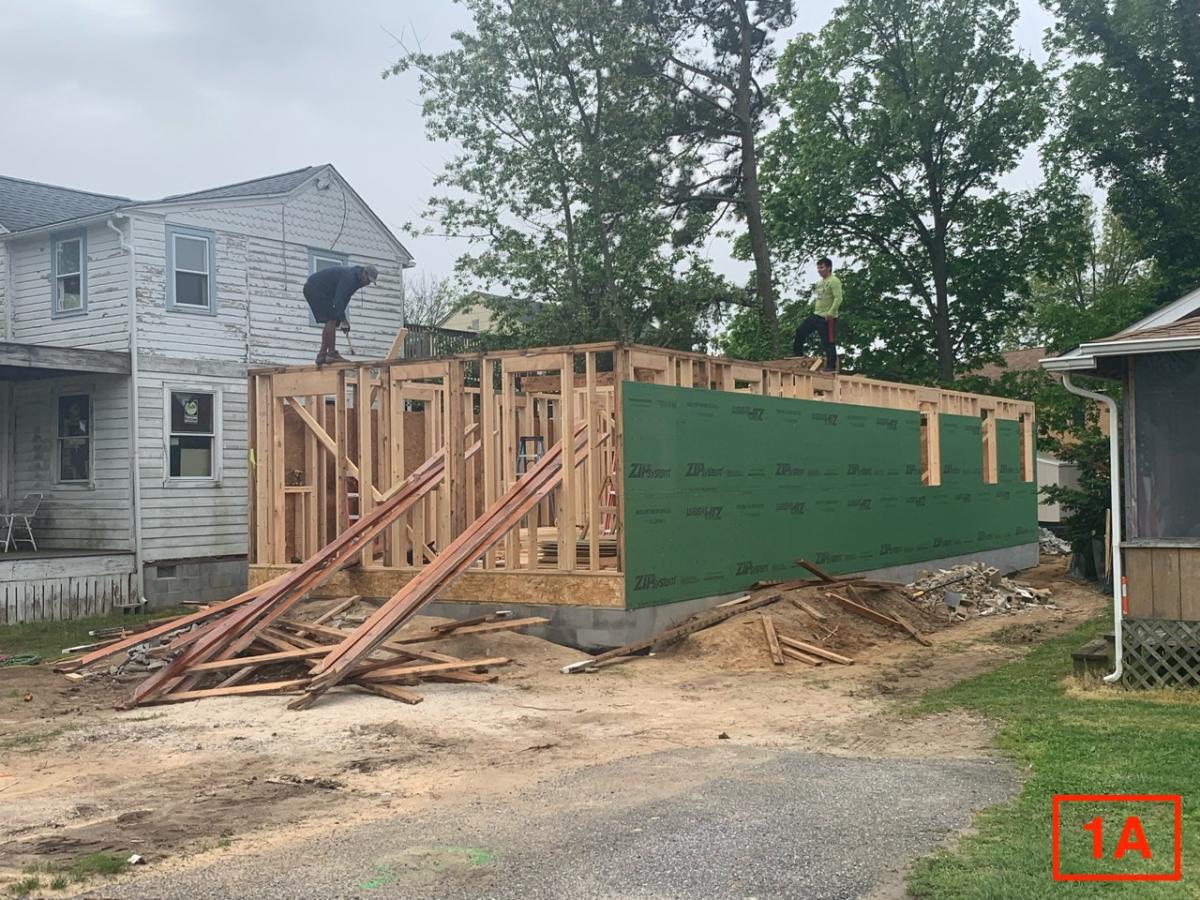 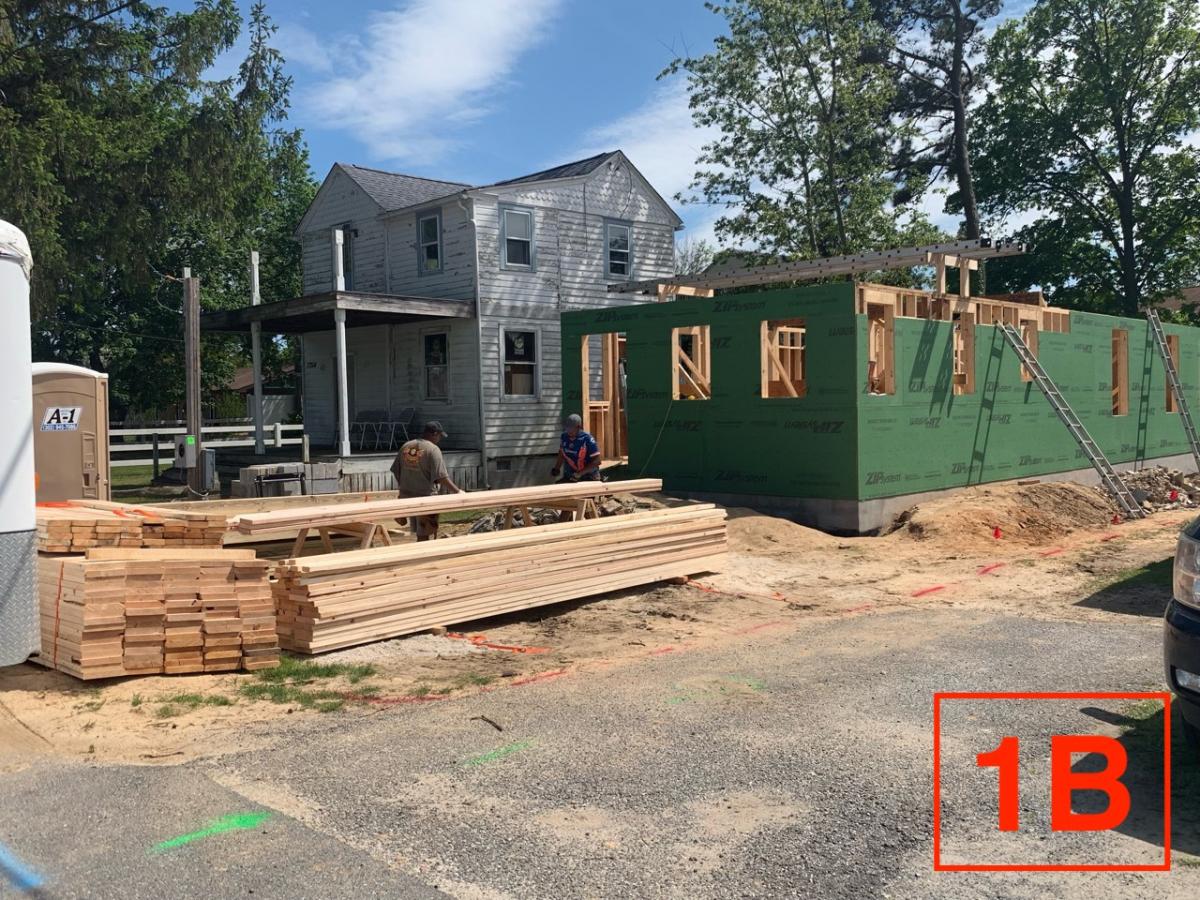 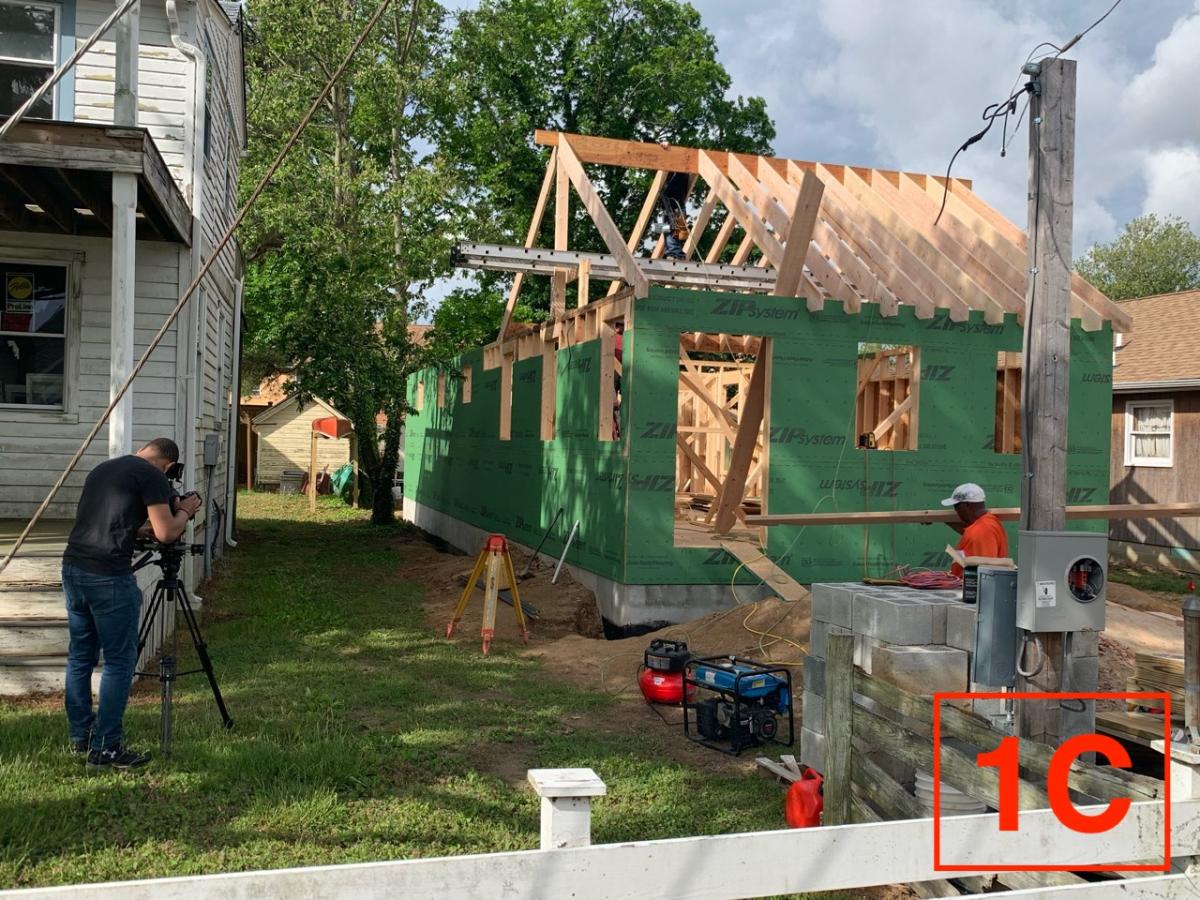 Repeated wetting and drying during a long spell of rainy weather had exaggerated bowing and twisting of the existing rafters. Once changes to the building permit were approved, removing the rafters took just 30 minutes [1A]. Despite tight working conditions at the front of the lot [1B], the roof was reframed in a day, preserving the 8/12 pitch of the original cottage [1C].

With roof framing complete at the front, framers started work on common rafters at the addition roof, and returning to frame the valleys where the 6/12 addition meets the 8/12 front section. Rafter work stopped temporarily at the rear wall of the addition, because masons were still building piers for the enclosed porch. 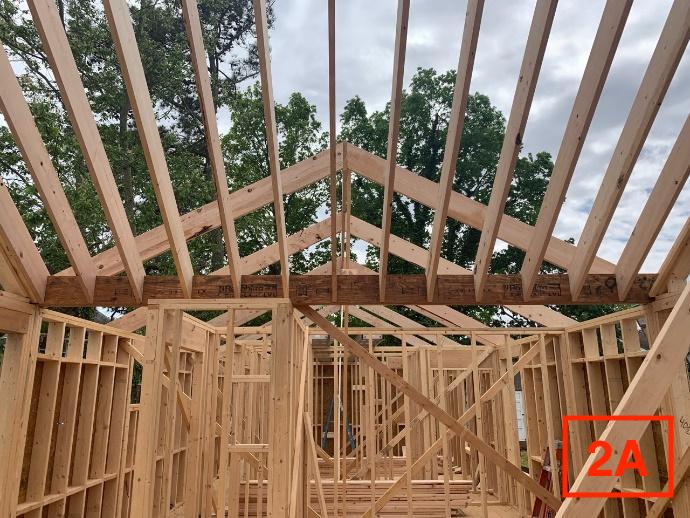 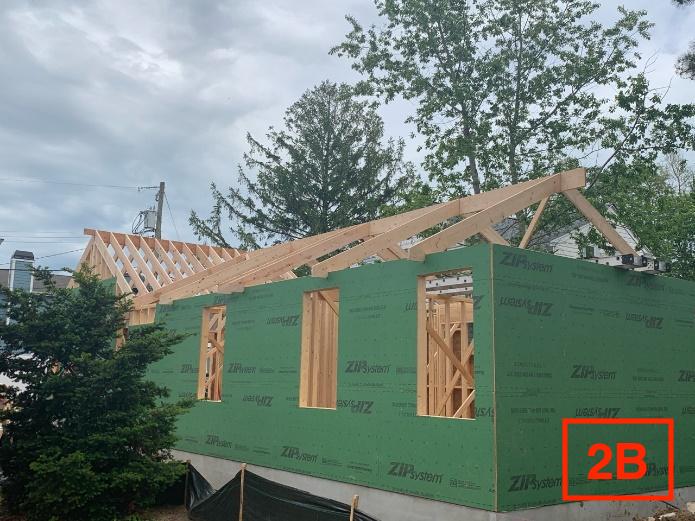 Rafters in the western plane of the front roof were resupported by composite LVL beam that defines the beginning of the new kitchen area [2A]. Framing of the 6/12 roof over the addition extended to the gable [2B] until the porch framing was completed, after which it was extended over the porch.

The first step, however, was trimming overhanging limbs from the neighbor’s tree, which until now had been out of reach. 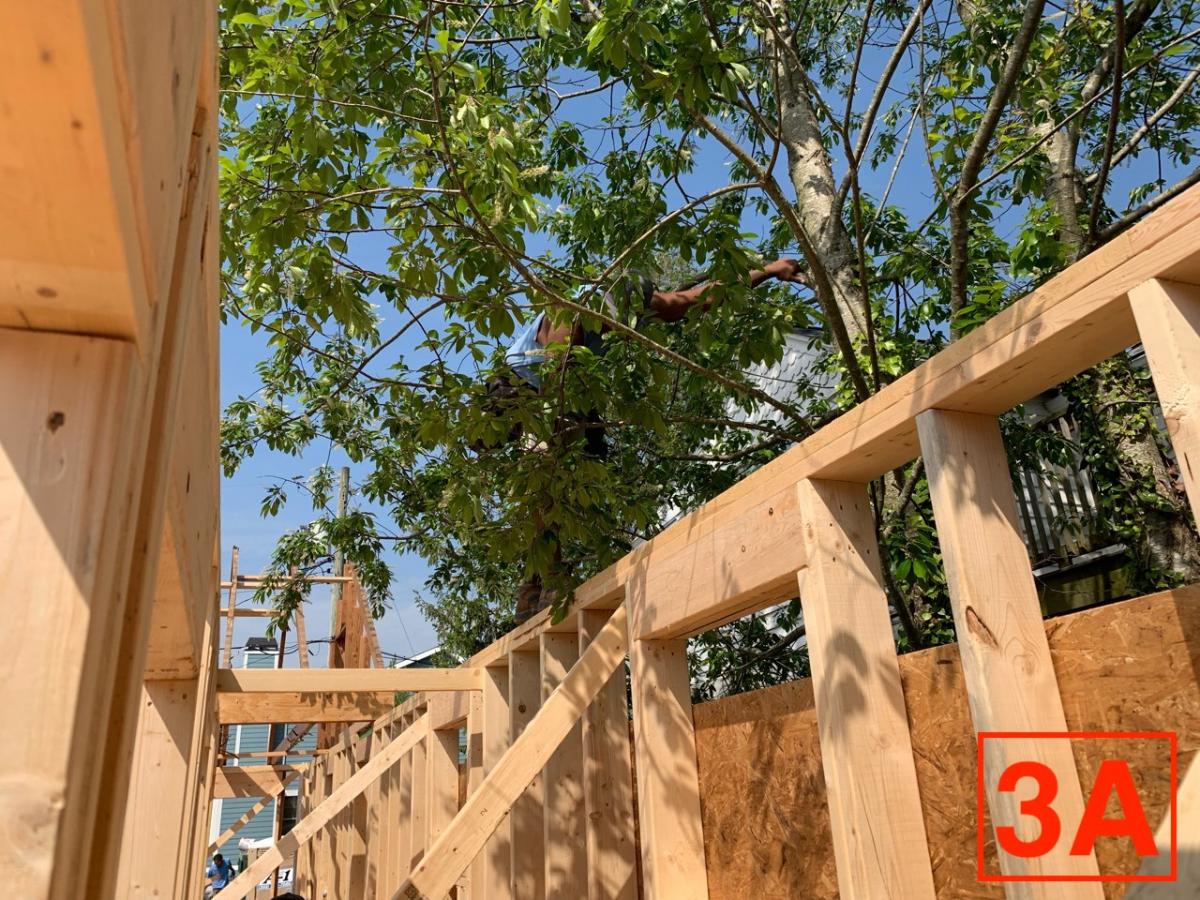 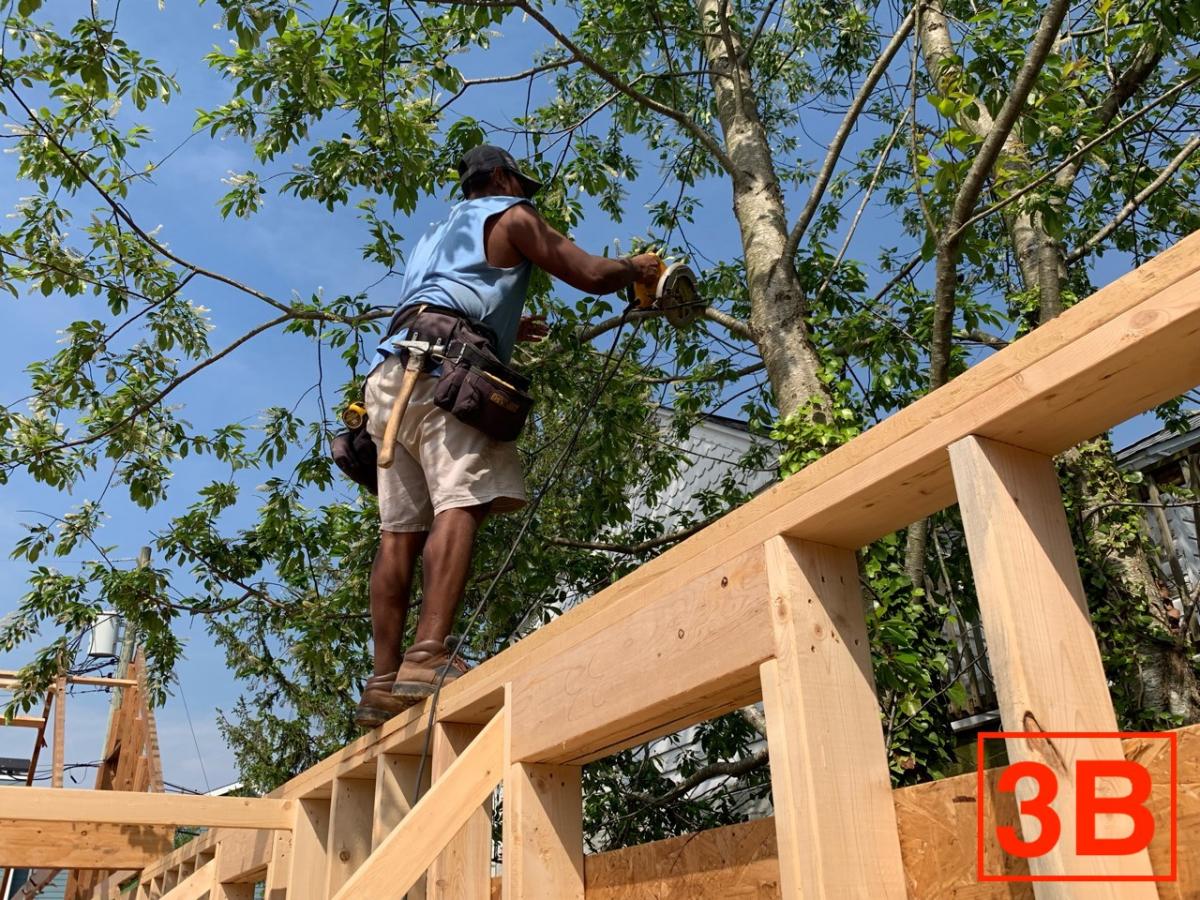 Overhanging limbs from the neighbor’s tree finally had to go. Before trimming, you can barely see the framer as he wrestles the tree for standing room on the top plate [3A]. A few quick passes with a circular saw did the job, no chainsaw needed [3B].

The final steps were topping of wall sheathing at the gables, and rebuilding the overhang at the new entry. All that remains before roofing starts is to complete the porch enclosure, which we’ll cover in our next post. 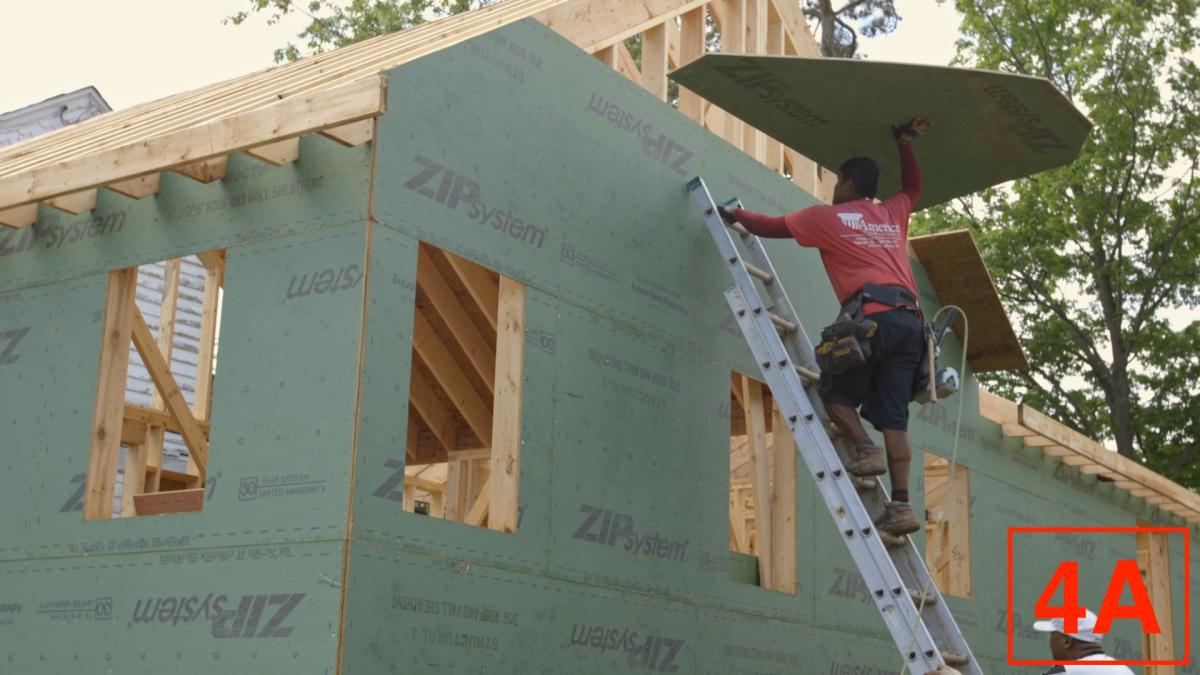 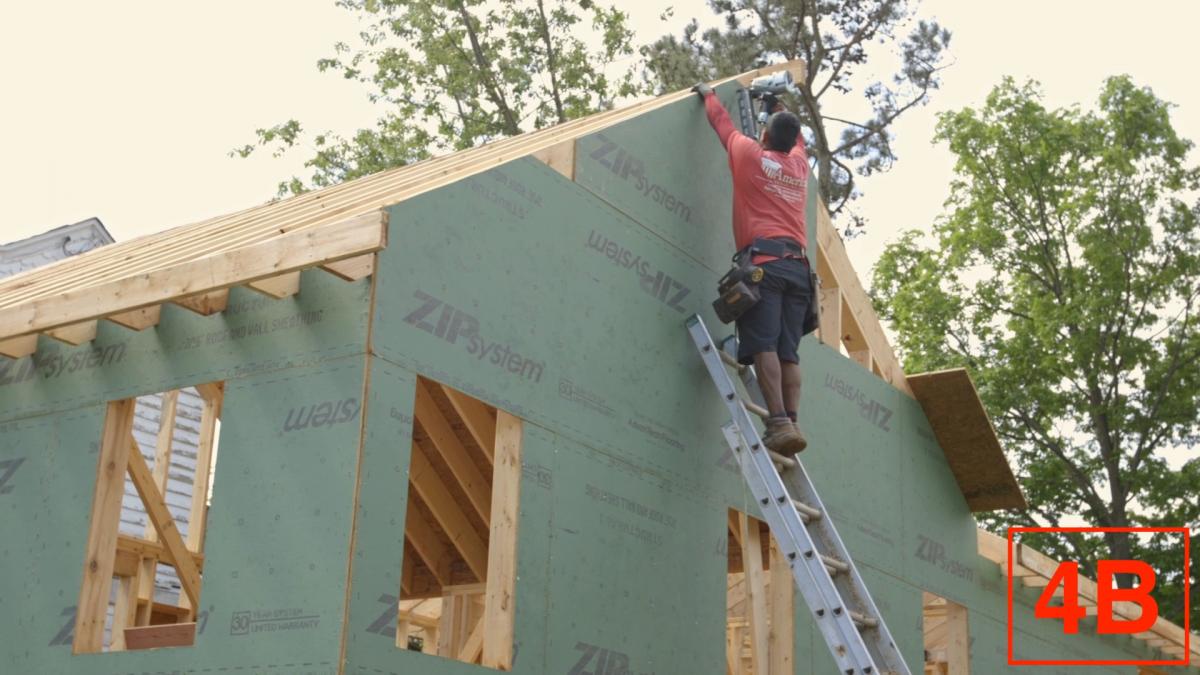 A framer displays his serving-tray technique as he “pizza-carries” a custom-cut panel of ZIP System sheathing up the ladder [4A] and fastens it into place on the gable [4B]. 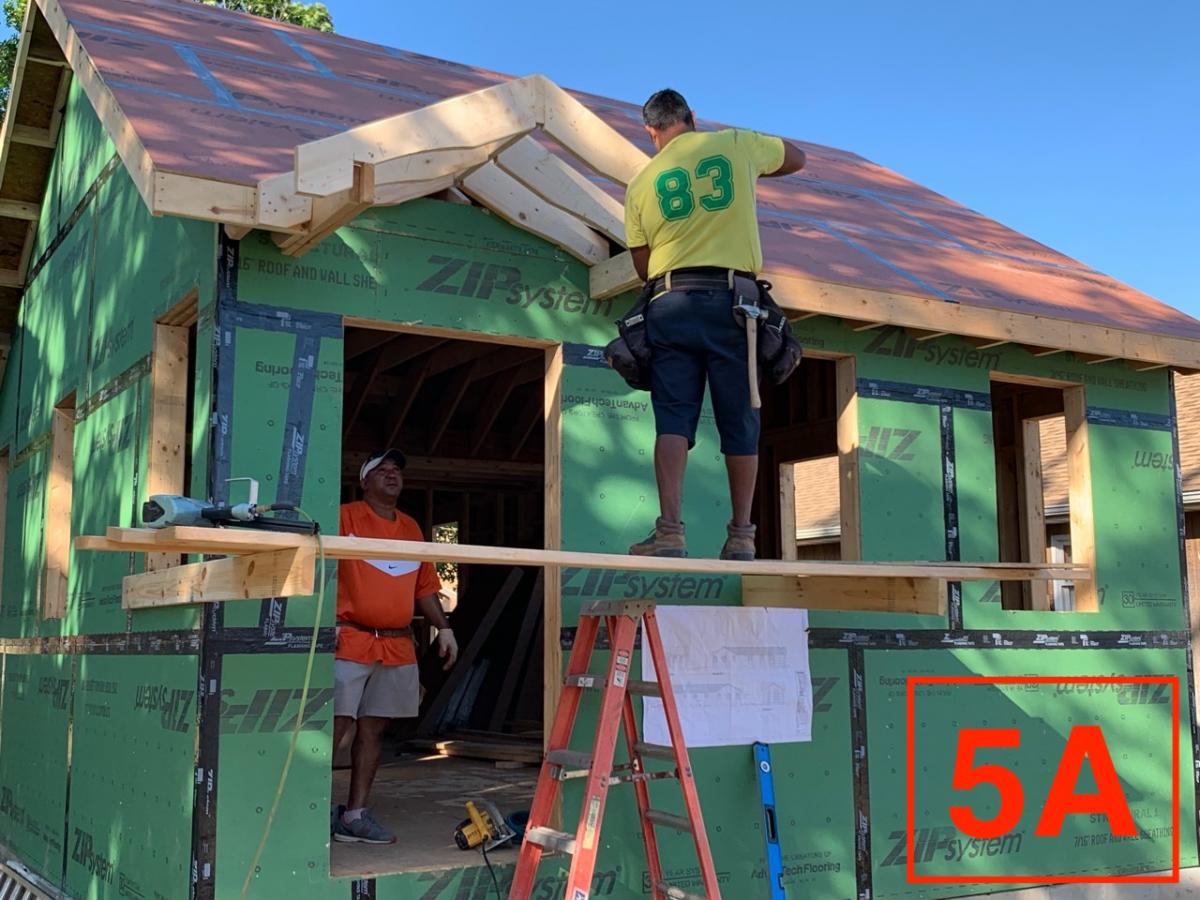 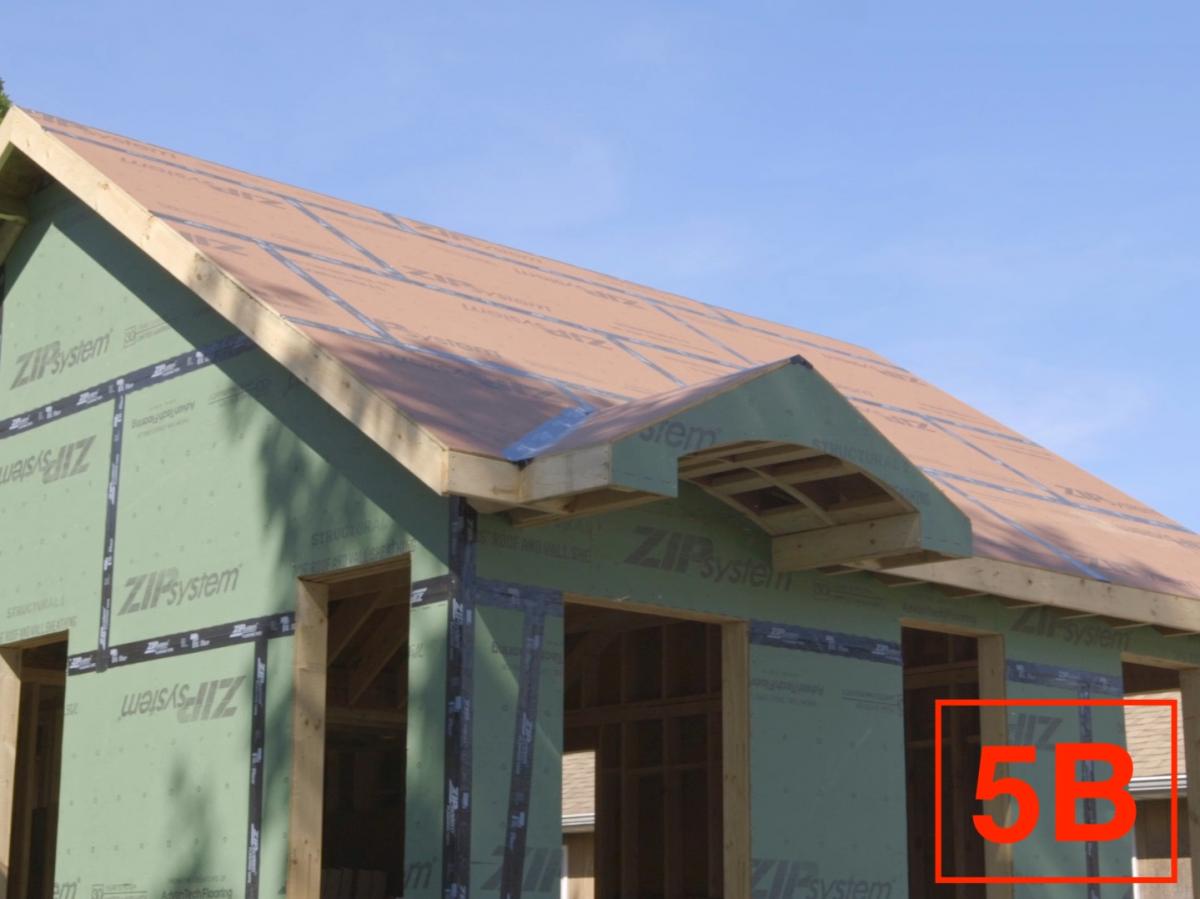 After the main roof was sheathed, work began on a small entry portico, which was built to match the original [5A & 5B].