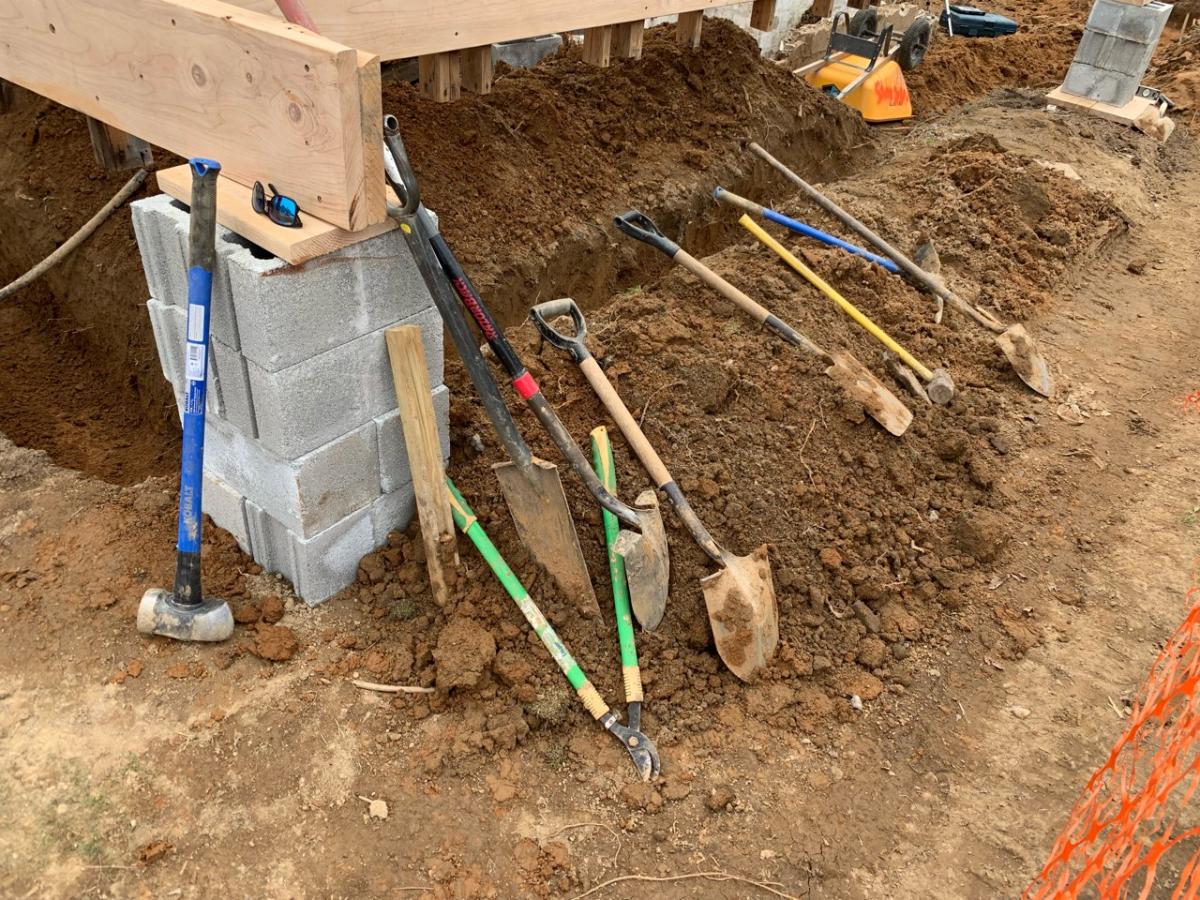 Because of the tight site, the only accessible excavation equipment were picks and shovels.

With the house temporarily supported 3 feet above the ground, it was impossible for Boardwalk Builders to get a machine in to dig the footing. That meant picks and shovels for the excavation crew. Fortunately, rough grade was already established under the existing frame where the old foundation had been removed, and at the addition, the Bobcat had cut in the crawlspace. Still, that left a crew of four or five workers almost 150 linear feet of 12x20-inch (DxW) trench to dig by hand. 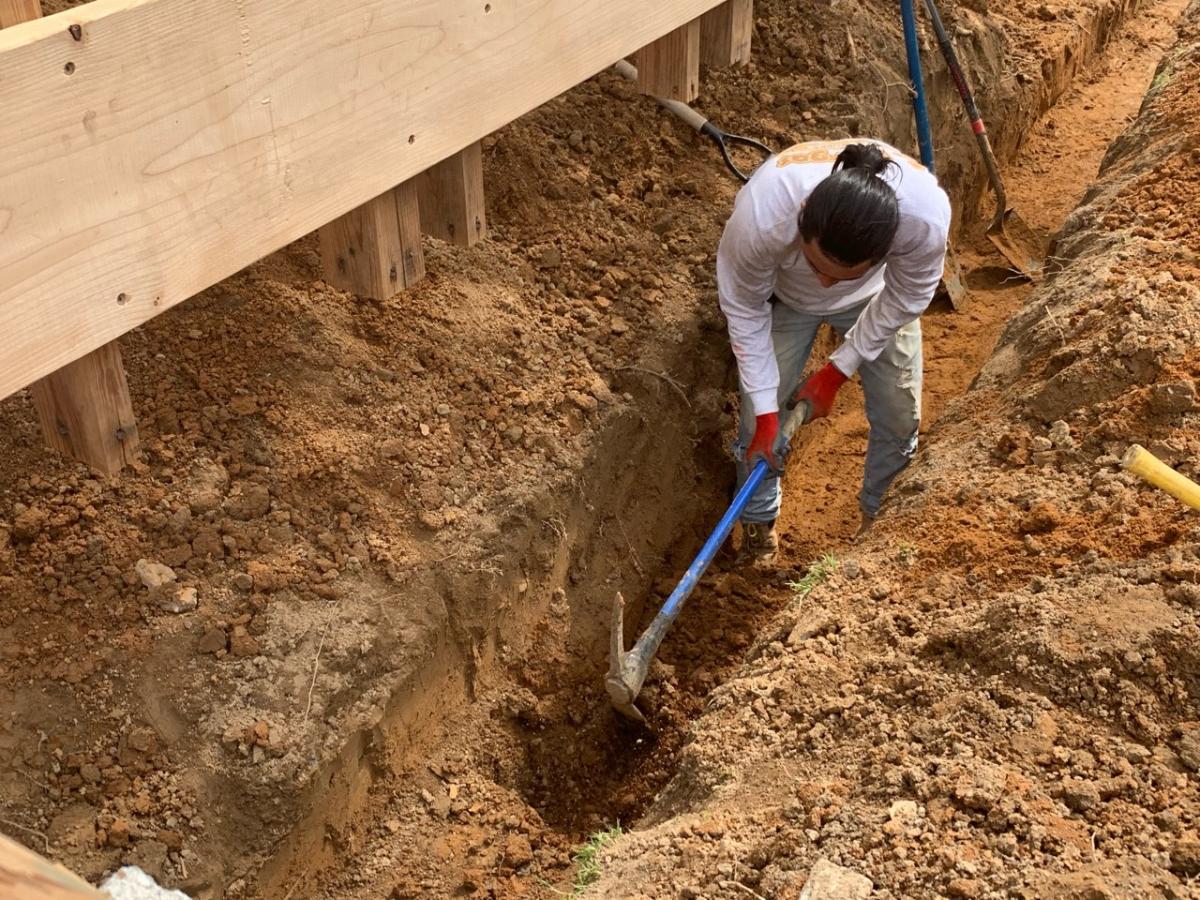 With no room for machinery, four or five workers on the excavation crew dug the footings by hand.

Footing form boards were not required because the soil was stable enough to support trench forms. On the south side, footings for the addition stopped at the existing basement wall, which would remain in place to support the floor system. On this wall, the top course of block was removed to enable the masonry crew to match the new foundation height. 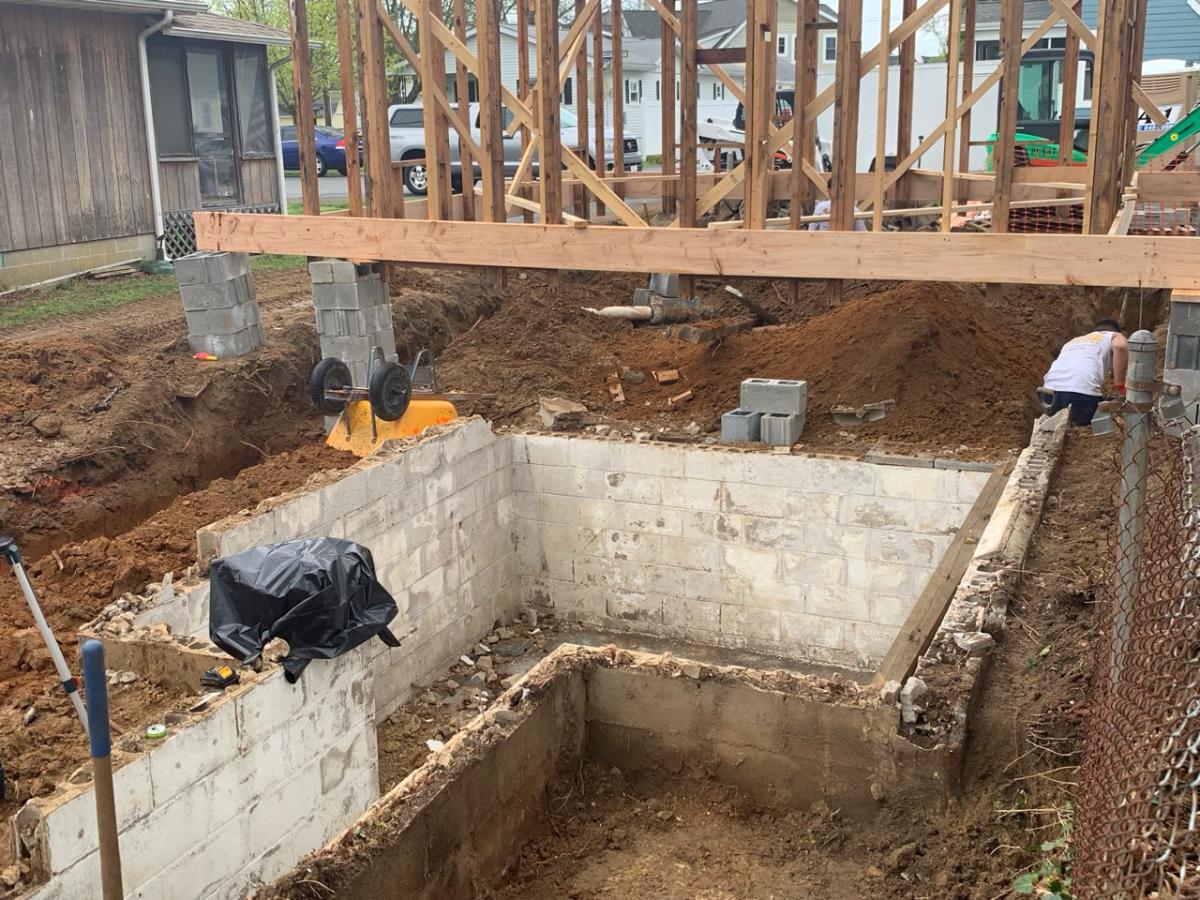 The new trench footing abutted the south wall of the existing foundation, which was left in place. The top course was removed to allow for matching the elevation of the new foundation. The stairwell was preserved to provide access to the new crawlspace at the addition.

With the trenches dug, two lines of horizontal rebar were laid, along with vertical rebar, which was located at orange lines spray-painted on the trench embankments. Horizontal rebar was also set into holes drilled at both corners of the south wall of the existing block foundation. 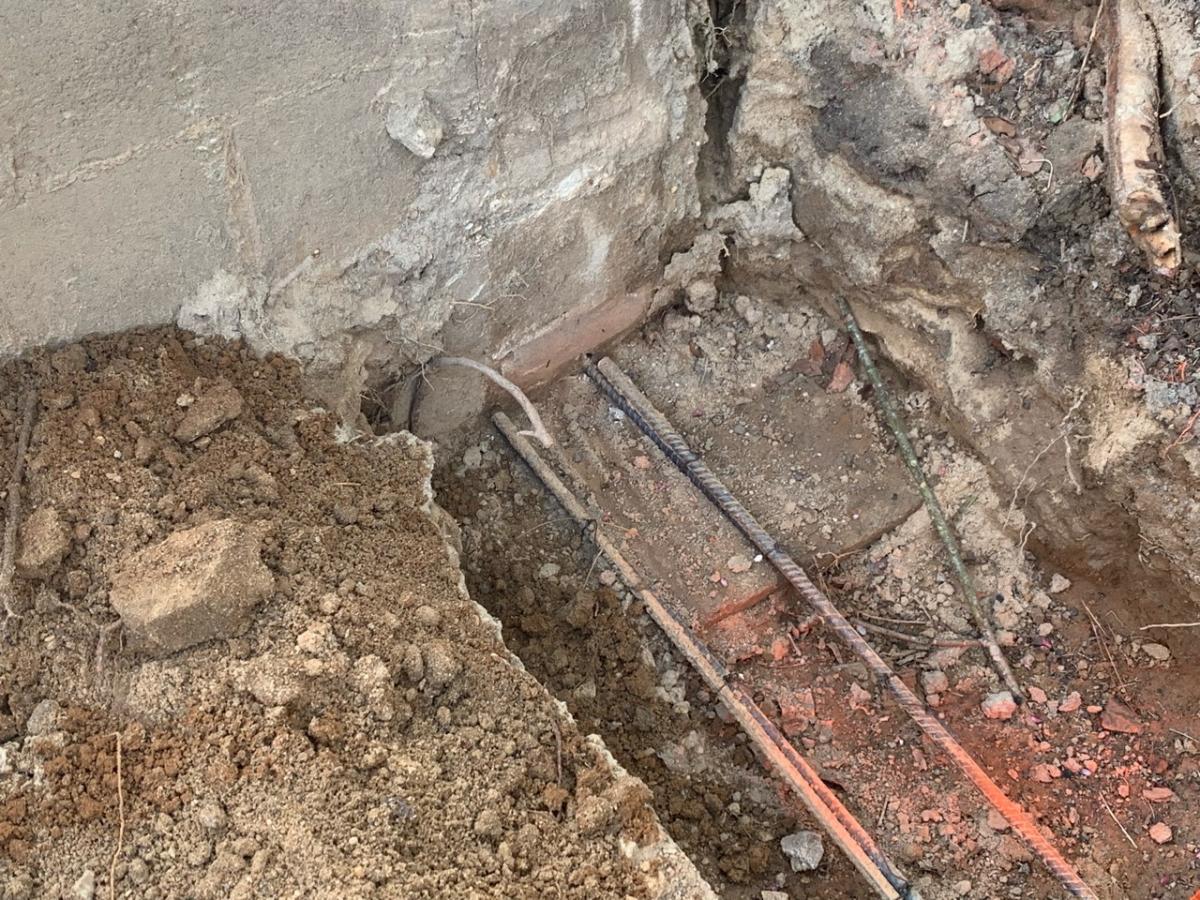 The footings received 2 lines of horizontal rebar, with vertical bars located at measured intervals that had been spray-painted onto the trench embankments (above). Rebar was also pinned into both corners of the south wall of the existing foundation (below). 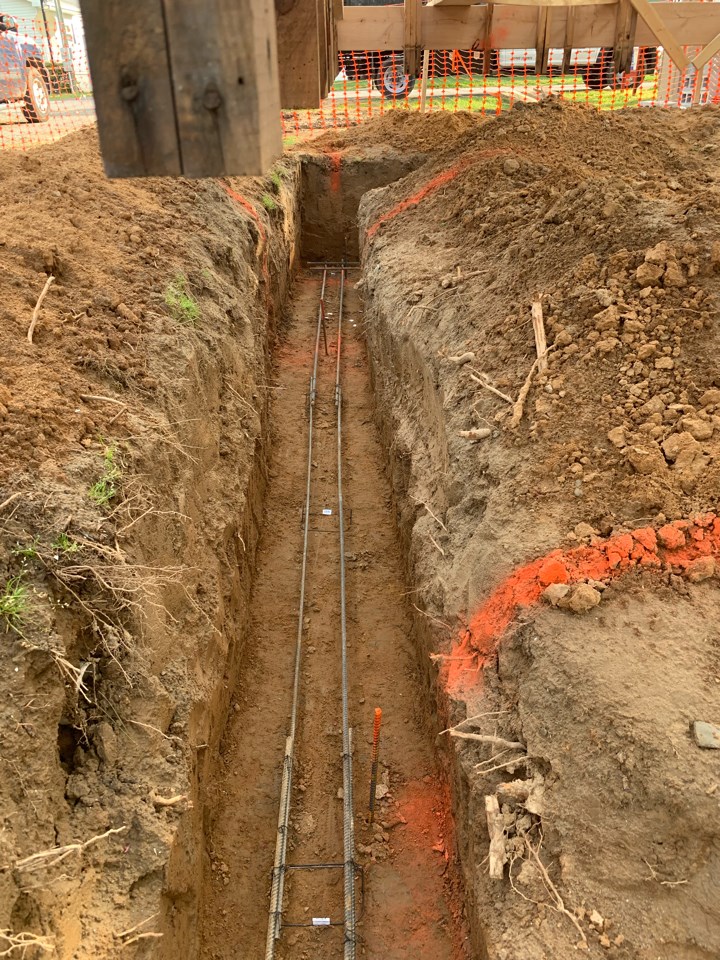 Because of limited site access, a small concrete line pump was used to place the footings. With the pumper parked on the street, the hose was run under the elevated frame of the existing structure to reach the farthest portions of the additions footing. 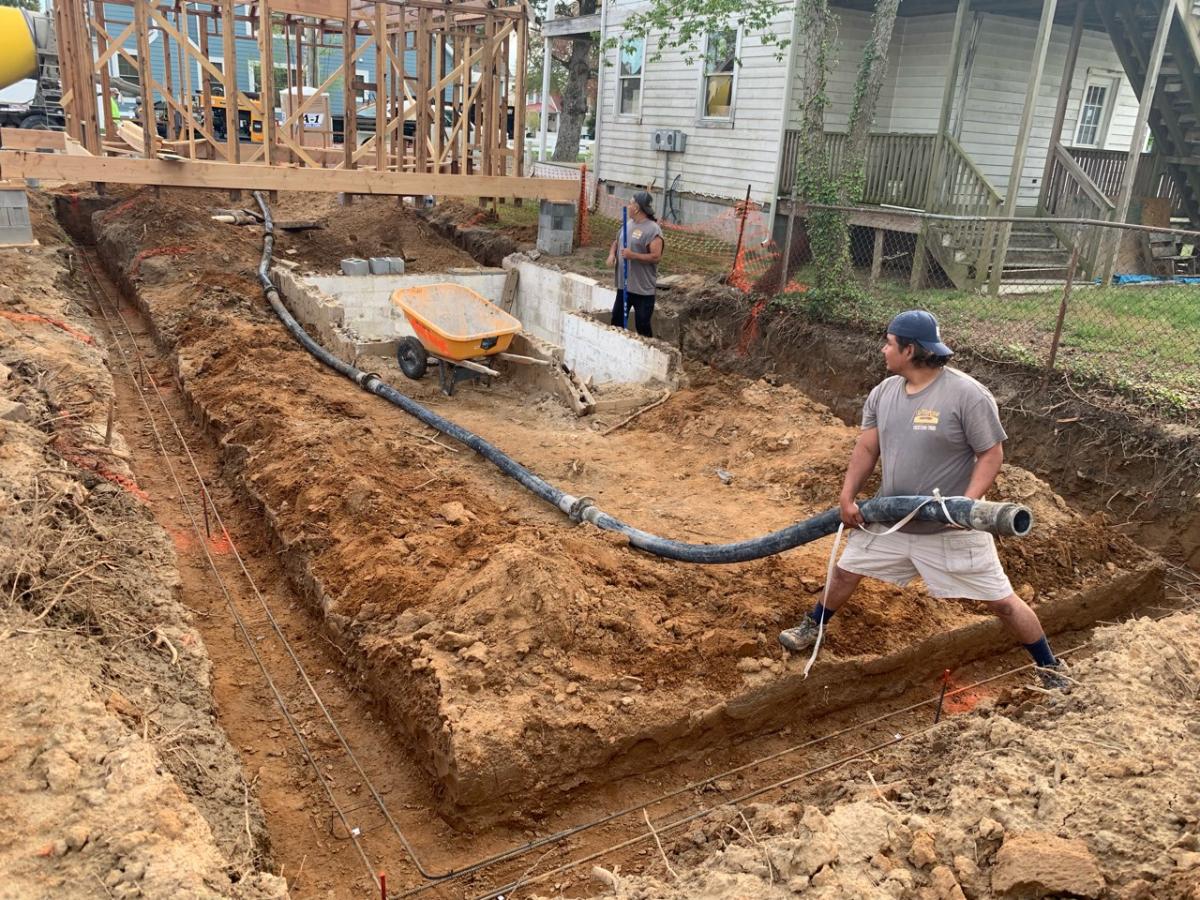 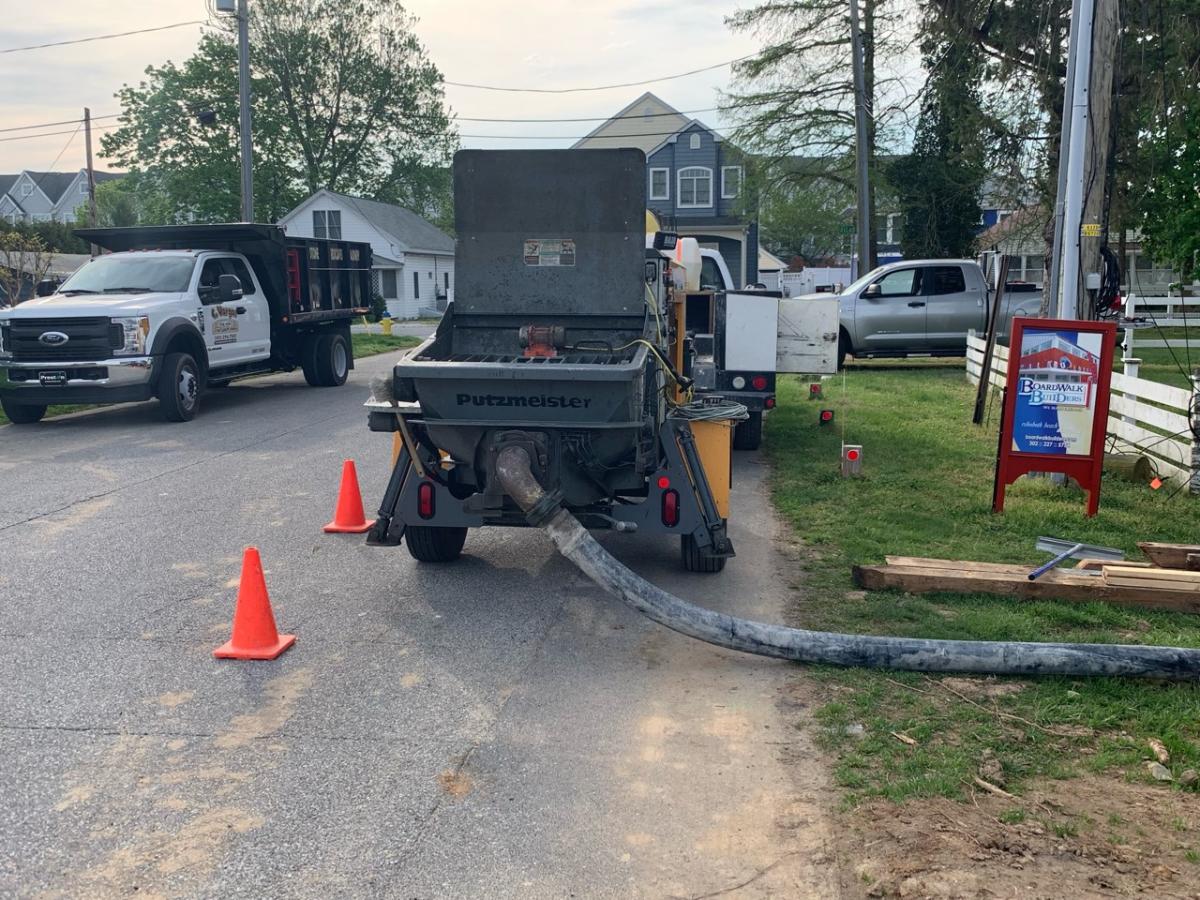 Site constraints required use of a small line pump to deliver concrete to the footings. To reach the addition footings, the hose ran under the elevated existing framing.

Rough elevation was eye-balled using the tops of the vertical rebars, which had been set at a consistent height, and a transit was used to confirm the final elevation. 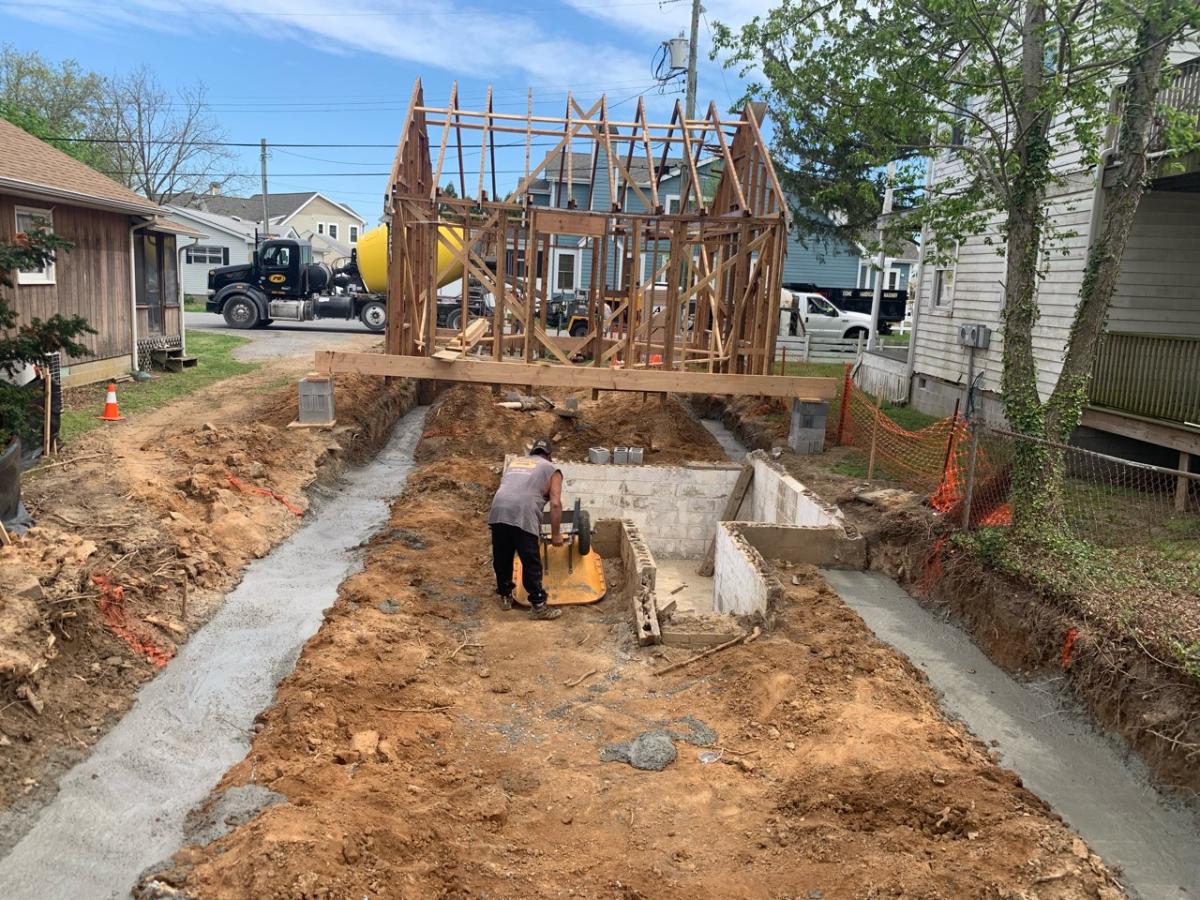 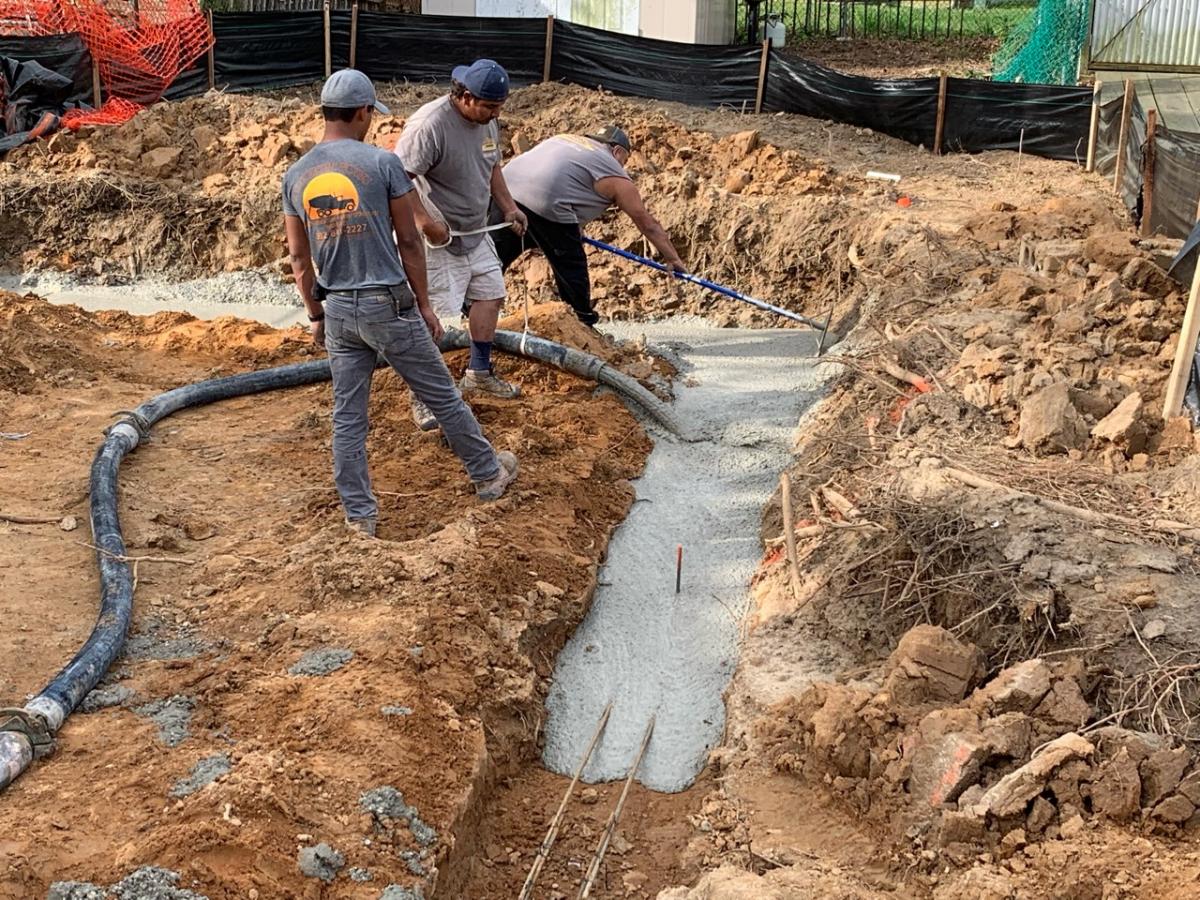 The concrete crew used the vertical rebar, which had been preset at a consistent height, to estimate the final elevation of the concrete. Final elevation was confirmed with a transit.