Issues with the existing foundation led to an early change order

The discoveries made during demolition required the Boardwalk Builders team to rethink the plan for both the foundation and framing. Following standard procedure, project manager Mike Eckert communicated what had been found at the site to Don Stewart, who does the company’s estimating and CAD work, and Matt Dammeyer, whose title of Preproduction Manager also encompasses all of the behind-the-scenes coordination between sales, estimating, and production.

Dammeyer’s role includes securing hard pricing from all subcontractors, as well as developing and communicating the construction schedule both internally to production manager Jason Slaysman, and to all of the subs. “This is a busy area,” Dammeyer explains, “and with seasonal residents, there are specific deadlines, like Memorial Day, that have to be met. Subcontractors are very busy, so scheduling months in advance is often what makes or breaks a project.”

Typically, the next step in the change order process is to decide where responsibility lies; in this case, the lack of a footing was an unforeseen condition (see “Change Order: Part One”).  That meant it would affect the client’s budget and the project schedule, so a solution with costs attached was needed quickly. “The foundation change was not discretionary,” says Stewart. “Clients are knowledgeable, but people are still anxious about cost escalation. Our job is to maintain their trust and confidence, be transparent, and educate them about what’s going on.” 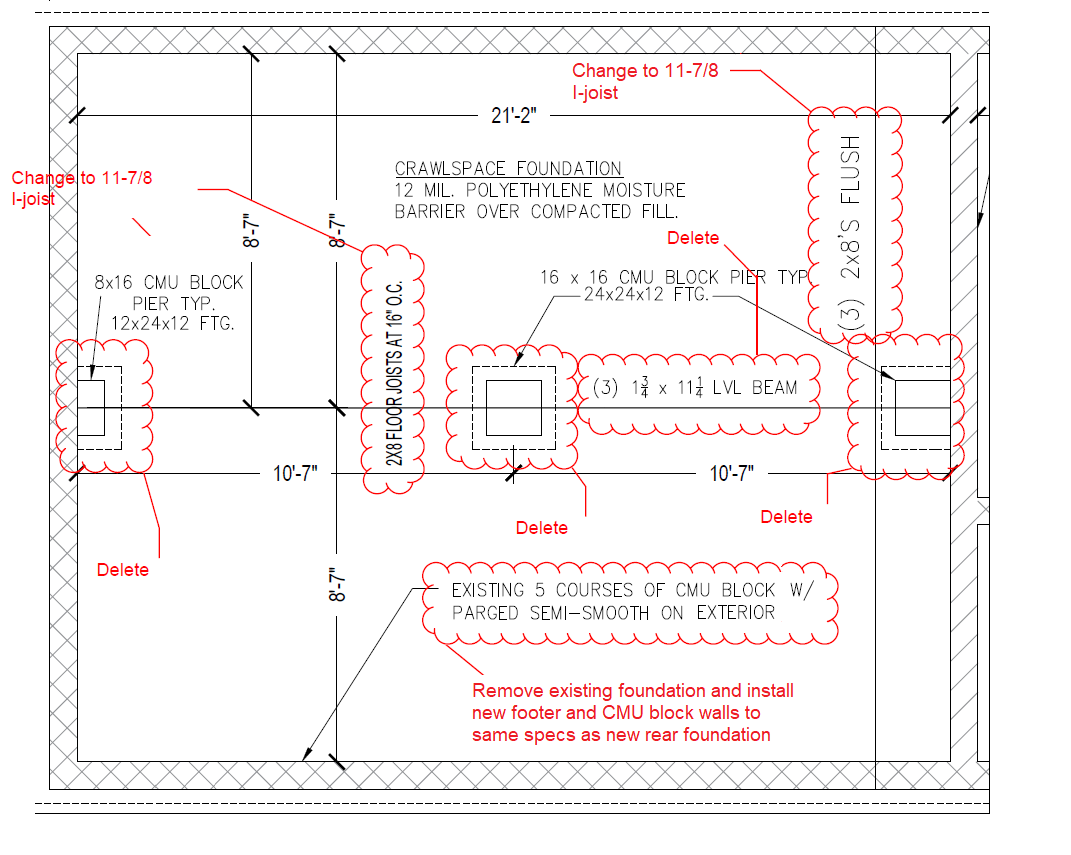 Change Order One—Original Beach Cottage: Framing at the original beach cottage would still be saved, but the existing piers and CMU infill would be removed and replaced by a crawlspace constructed of CMUs on a concrete footing. The beam-and-joist floor system was replaced by I-joists spanning the full width of the structure.

Existing zoning and variance requirements limited the alternatives. “We couldn’t build a new house on that small lot,” Dammeyer says. “We had to stay within the confines of the existing structure.” Dammeyer and Stewart have a combined 50-plus years of construction experience and are empowered to make these kinds of decisions. They wanted to have a solution, complete with changes in costs and schedule, to take to the clients. That meant acting fast.

Stewart and Dammeyer met on site with subcontractors to review options, then decided on a solution. “It was pretty clear we needed a new foundation,” Dammeyer says. “We did compare estimates for forming and pouring concrete versus a block wall, and decided it made sense to have a consistent foundation under entire building.” That also led to the decision to use I-joists for the floor system, including the addition, instead of dimensional lumber. 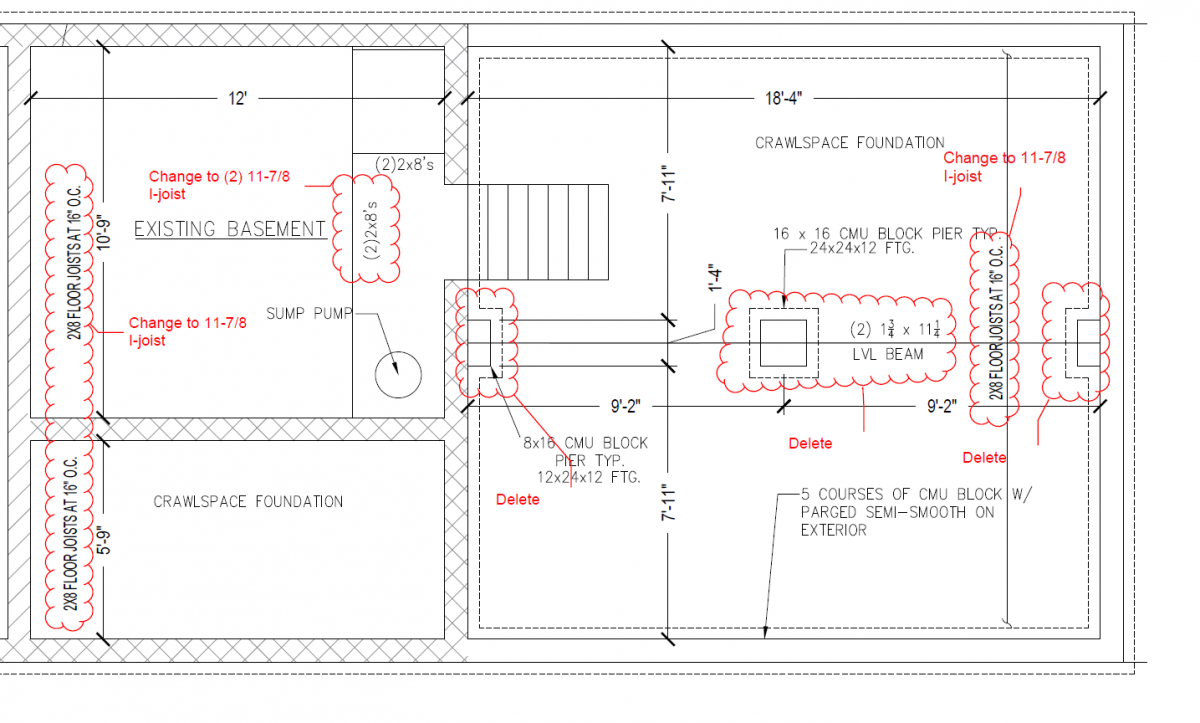 Change Order One—Addition: The cost-benefit analysis made it apparent that carrying the I-joist floor system through to the addition made the most sense.

Subcontractors provided hard costs for the extra demolition, masonry, and framing work, a process made easier—and faster—because the company uses cloud-based construction management software Buildertrend. “Using the bidding function in Buildertrend,” Dammeyer explains, “I can work up new specs, and check a box for which subs I want to bid on it.” Given the critical nature of the change, the subs were able to get back to him quickly with hard pricing, which Stewart and Dammeyer used to gain client approval.

The clients are local so the meeting took place in person, but Buildertrend allows out-of-town clients to review and sign off on changes digitally. A quick resolution was critical because work couldn’t proceed until the foundation issue was resolved. “I think the whole process took less than a week,” Dammeyer says, “and in the end, the client is getting a better product.”