After a week-long weather delay, work begins on the new foundation 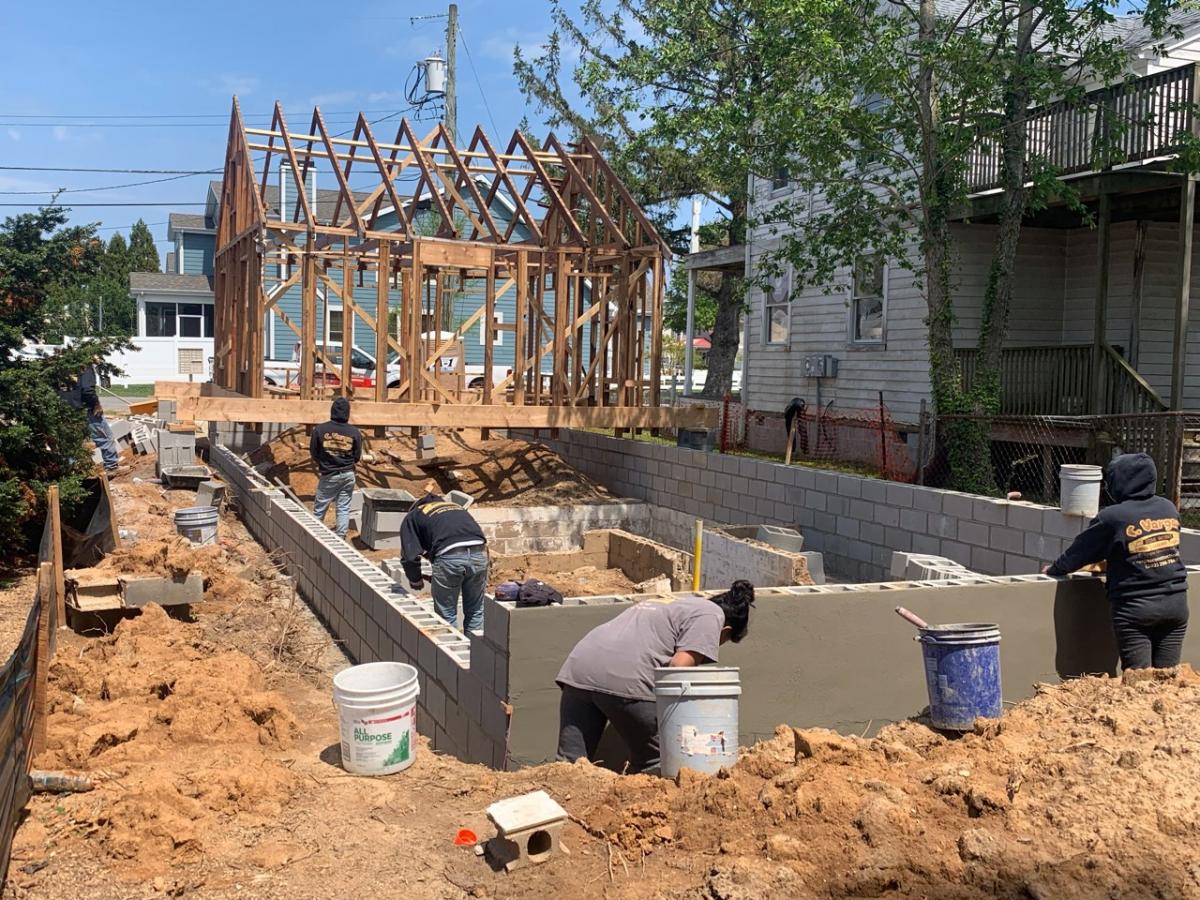 Work continues on the last two courses of the north wall while parging begins on the end wall of the addition. 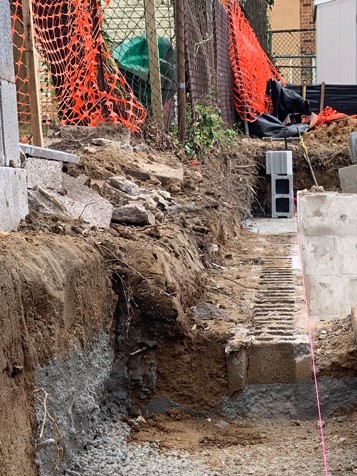 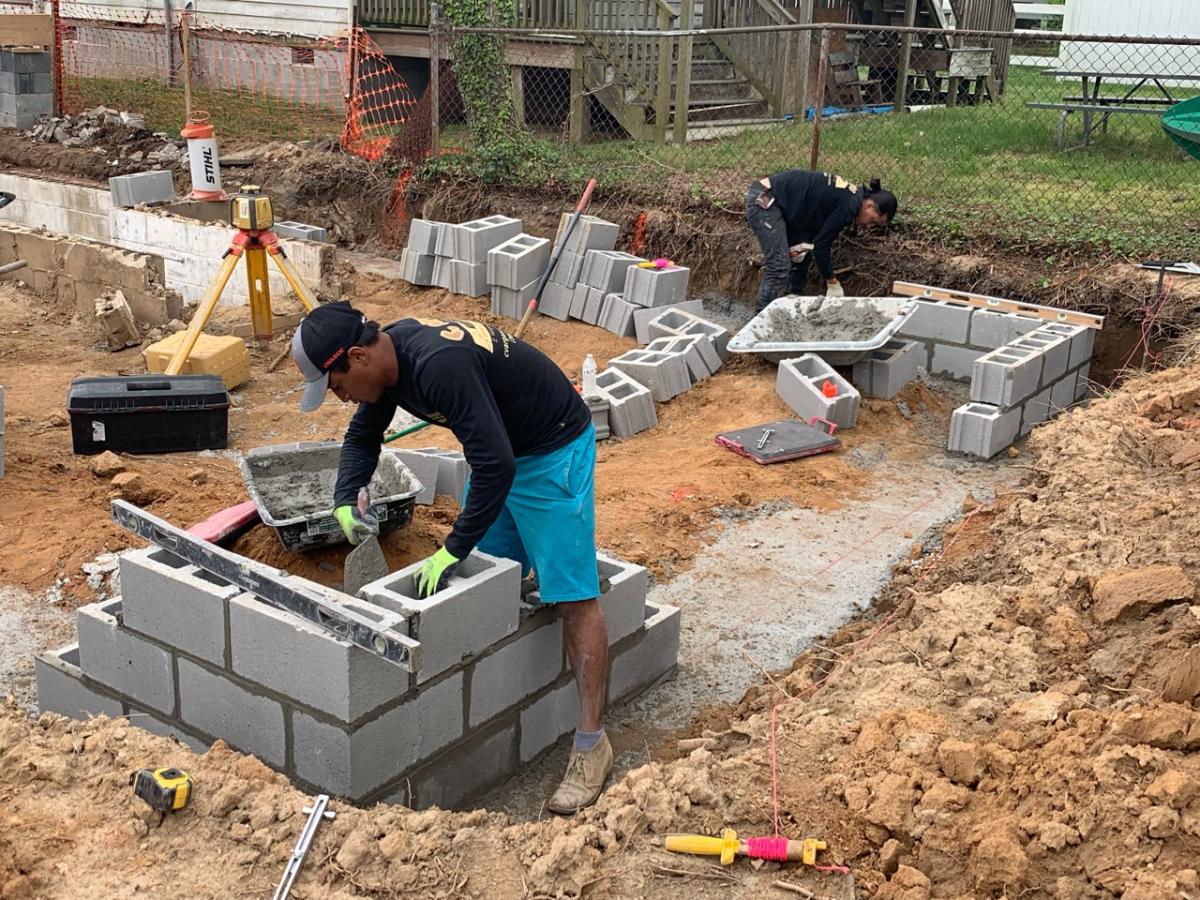 A string extends the line of the new block wall directly over the existing basement foundation. Beginning at the corners of the addition, masons laid the new five-course block wall in both directions.

As full wall sections were completed, a couple members of the masonry crew began troweling a two-coat parging mix on the outside surface. 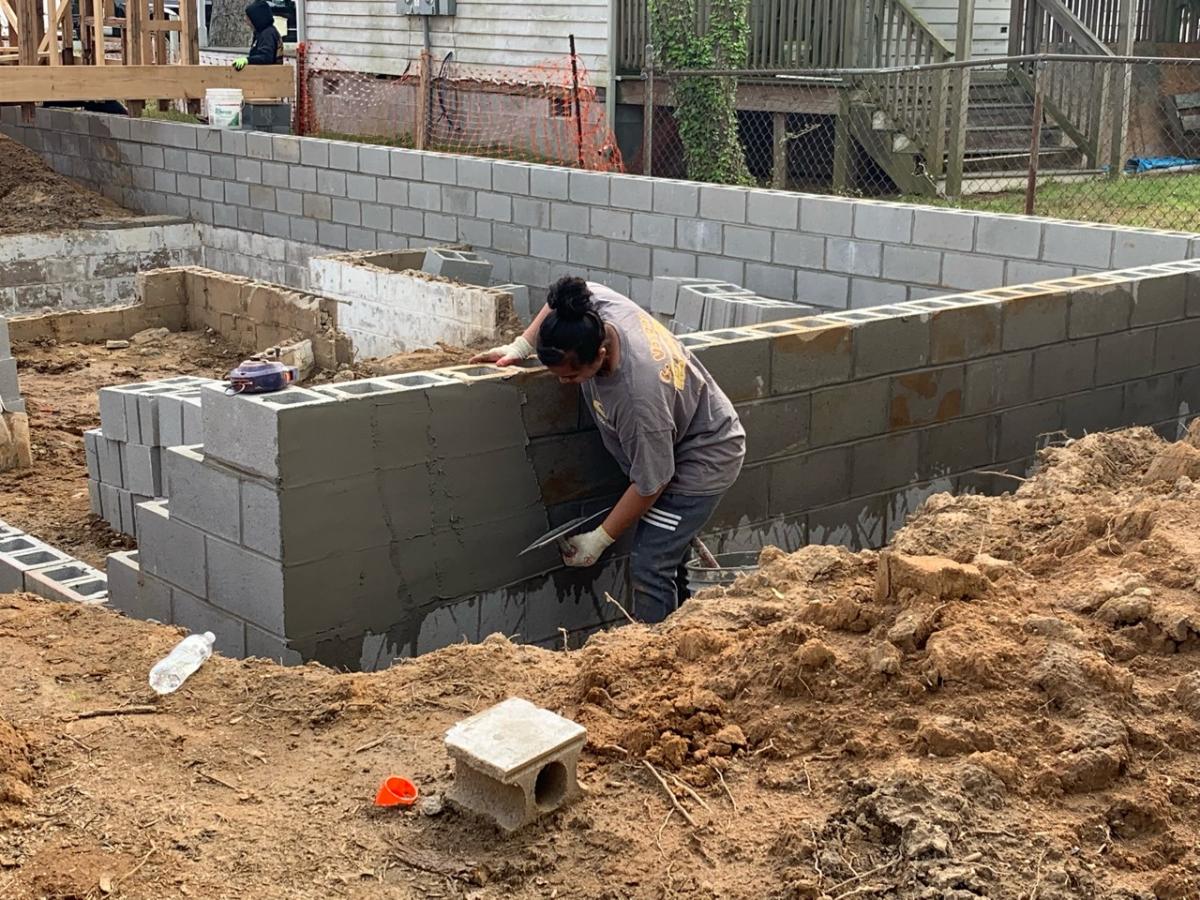 As walls were completed, some of the masonry crew coated the exterior side with a two-coat parging mix. 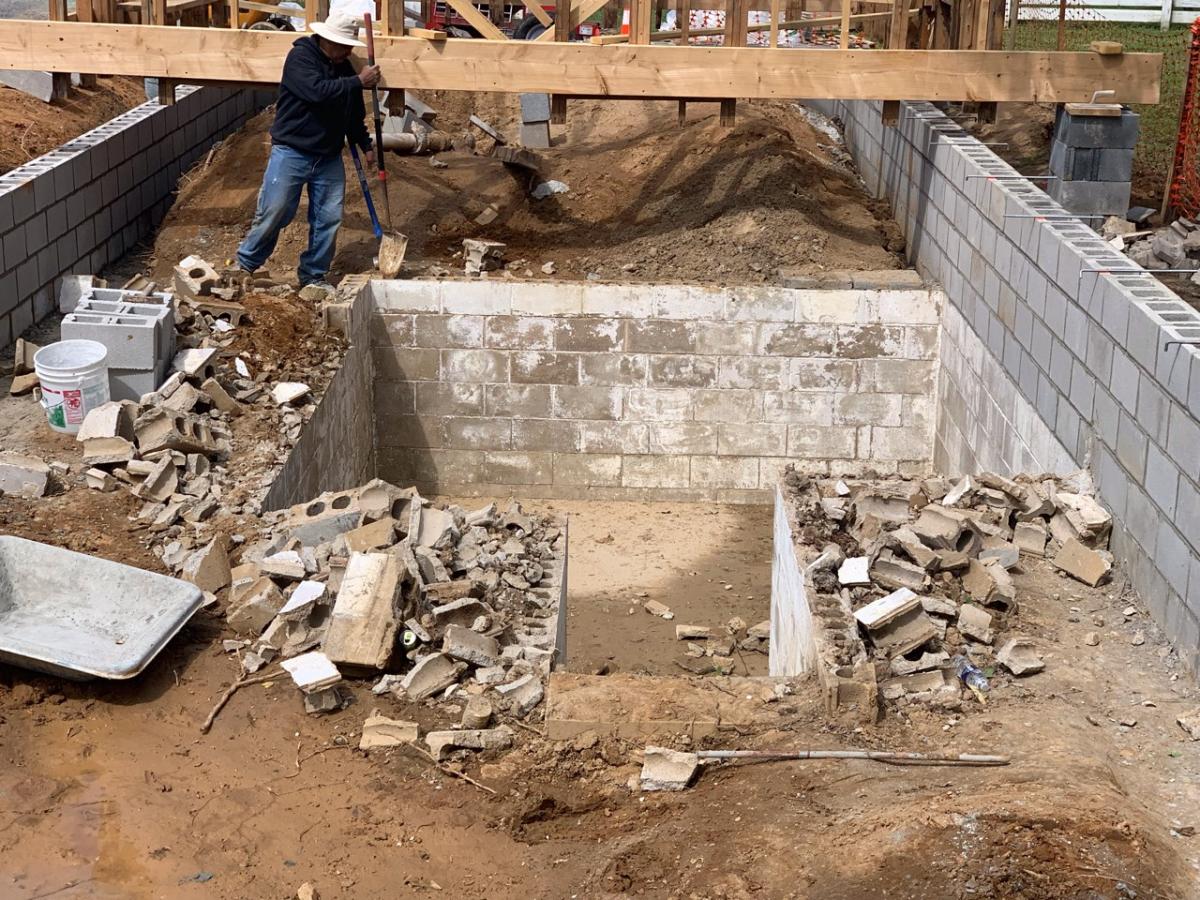 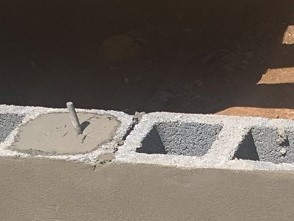 Seen from the back of the lot, four courses of the new five-course wall run over top of the existing basement wall. The 14-inch anchor bolts seen lying on top of the wall were eventually set in filled block cores at 4-foot intervals.